Gary Kirsten admits it would be an ‘honour’ to be tasked with rebuilding England’s Test side after their Ashes humiliation – but only if the roles of white ball and red ball coaches are split.

England have endured a miserable year in Test cricket; winning just four matches, slumping to seventh in the world table, and ending it by suffering one of the most disastrous Ashes defeats in history against old rivals Australia.

Despite his insistence that there were ‘positives’ to take from the drubbing Down Under, England head coach Chris Silverwood faces an uncertain future and could well leave his post in the New Year.

And should he depart as expected, Kirsten – who missed out on the role to Silverwood when Trevor Bayliss left in 2019 – would be open to an international cricket return after spending the last eight years mainly in T20 franchise cricket.

‘Listen, it (the England job) is always a consideration because it’s a tremendous honour,’ the former India and South Africa coach told i.

‘I’ve walked this journey twice now (when England recruited new coaches in 2015 and 2019) and I’ve always made it clear that I would never commit to doing all formats.

‘And when international cricket boards get their head around the fact that they need to split coaching roles, then it becomes a consideration. 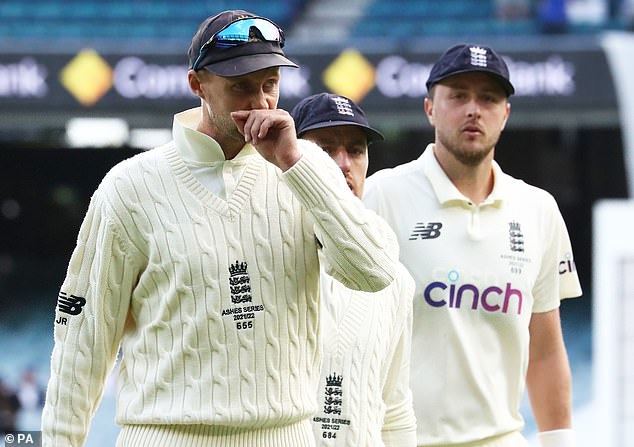 England were humiliated Down Under, suffering one of the worst Ashes defeats of all time

‘It’s a project that has been well-thought out. You’ve got consistency in the players that have been picked.

‘Your Test side has battled for a while but it would be a really lovely project to get that going.’

He added: ‘(England) is an interesting one. I think it’s a great project for someone to come in and take that Test side on. There’s a lot that needs to be put in place to build this Test team out.’