St Mark’s Basilica is among nine high-class confirmations for the Juddmonte International at York on Wednesday.

Aidan O’Brien’s colt has carried all before him so far this season, bagging back-to-back Classic wins in France with victories in the French 2000 Guineas and French Derby before dominating his rivals in the Coral-Eclipse at Sandown last month.

O’Brien, who has won the International on six occasions, has also left in top-class fillies Love and Joan Of Arc.

Love suffered her first defeat since 2019 when third in the King George VI And Queen Elizabeth Stakes at Ascot on her latest appearance, while French Oaks heroine Joan Of Arc was third in the Nassau at Goodwood three weeks ago.

The biggest threat to the Ballydoyle trio appears to be John and Thady Gosden’s Mishriff.

Since completing a huge international double by winning the Saudi Cup and the Dubai Sheema Classic earlier in the year, the son of Make Believe has finished third in the Eclipse and second in the King George to underline his Group One capabilities.

The Andrew Balding-trained Alcohol Free could step up to 10 furlongs for the first time after winning the Coronation Stakes and the Sussex Stakes over a mile this season, while William Haggas is preparing to saddle both Alenquer and Mohaafeth. 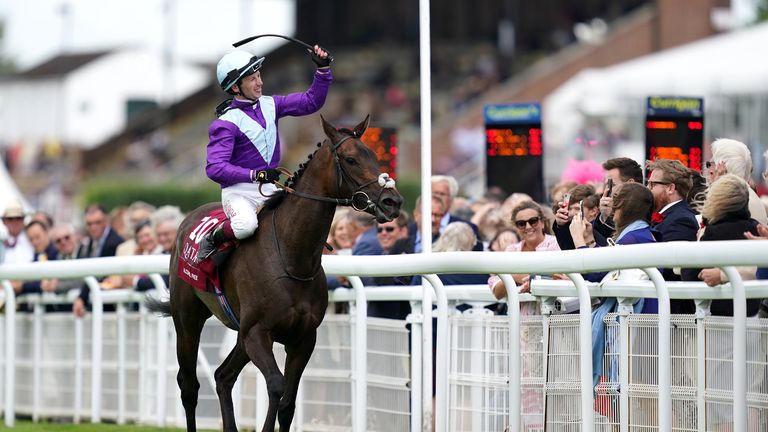 Juan Elcano (Kevin Ryan) and Mac Swiney (Jim Bolger) are the other hopefuls.

The main supporting race on the opening afternoon of the Ebor Festival is the Sky Bet Great Voltigeur Stakes, which traditionally acts as a trial for next month’s St Leger at Doncaster.

O’Brien retains a strong hand in this Group Two contest, with High Definition one of four contenders.

Third in the Dante Stakes here in May, the son of Galileo was disappointing when favourite for the Irish Derby last time out.

Sir Lamorak, Sir Lucan and The Mediterranean complete O’Brien’s quartet, while Charlie Appleby could run the hat-trick-seeking Kemari, as well as Yibir.