With sport taking a hiatus across the country, from the Premier League to the Olympics, a number of athletes in the twilight of their careers have had much to consider.

For those in winter sports, the last few months of the season presented one last chance at glory before riding off into the sunset or perhaps earning one final contract. But for athletes building towards one-off competitions, such as Tokyo 2020, postponement either throws fine-tuned preparation out of sync or provides some of them with an extra year to get their bodies and minds right.

Cricket, though, is slightly different. Though a summer sport, playing internationally means you are constantly on the go but also looking to peak for periods of high intensity marquee events three or four times a year. For established Test cricketers, it is a constant cycle. And for England’s James Anderson, all the above dilemmas apply.

At 37 years of age, England and Test cricket’s most productive swing bowler was adhering to the cliched mantra of taking each season as it comes. A cracked rib sustained in the first match of 2020 against South Africa saw him miss the final two of the series in January, with sights set on the summer’s six Tests split evenly between West Indies and Pakistan.

Yet with no professional cricket until 28 May and the very real prospect of an entire season without cricket altogether, the question around Anderson is whether this will help or hinder his longevity. The difference between finishing on 584 dismissals or perhaps passing Anil Kumble (619) and becoming Test cricket’s third-highest wicket-taker. Would a summer lost mean a summer gained? For the time being, staying on a steady course while abiding by self-quarantining guidelines.

“It could go one of two ways to be honest,” admits Anderson. “I could train really hard but depending on how my head’s working I could be the size of a house by the time we play cricket again!”

The sense from the player himself was that preparations were going as smoothly as possible. Though he was left out of the Sri Lanka squad for the two-Test series that was eventually called off as the coronavirus pandemic swept towards the UK, he was fit enough to go, if required. The injury sustained in that Cape Town Test, which Anderson stated with his 28th five-wicket haul in South Africa’s first innings, was fully healed and a full pre-season with his county Lancashire undertaken.

“My bowling was as good as it has been,” he says, as he always has done when returning from an injury in this latter part of his career to keep those obituaries away from the printing presses. “It’s frustrating from that point of view, but there’s not a lot we can do at the moment.”

As is usually the way with Anderson, a prized asset especially in home conditions where his 118 wickets in the last five seasons have come at an average of 18.21, his path to day one of the season’s first Test against West Indies on 4 June had been carefully mapped out. From his individual regimes to the Championship matches he would play for Lancashire. 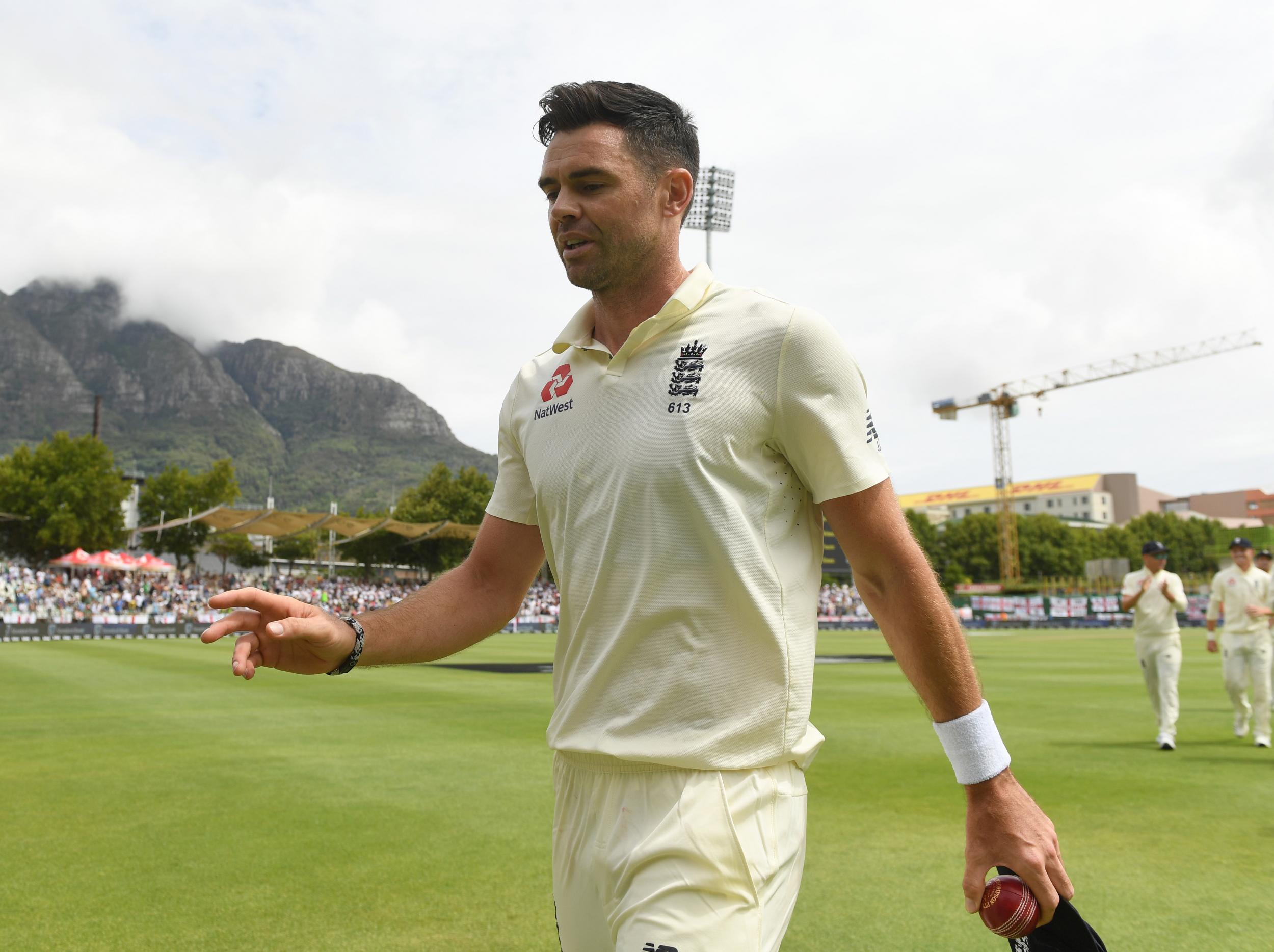 International cricket is a priority for the England & Wales Cricket Board (ECB) in any window they are able to find for play. And while all hopes are pinned on an unlikely start before June, the issue, as Anderson points out, will be getting competitive match practice in time.

But, truthfully, Anderson is not overly worried about when or where the next game is coming. At a time when the nation is anxious and fearful of a virus that shows no signs of dying down soon, he is no different.

“I’m not fretting about playing cricket really. It’s more the uncertainty of everything that’s going on at the minute. It’s quite a scary time for everyone. My family’s health is the first priority and cricket very much secondary to that. I think we’ve kind of… In my head, I’m not really thinking about when we’re going to play cricket.

On a community level, the players are messaging each other to stay close and know there is more professional mental help on hand at the ECB. At home, Anderson has been particularly wary of the well-being of his eldest daughter, who is in year six and thus unlikely to return to her primary school and see her friends if the year is cancelled.

Physically, he is also working to ensure a return to the Test side lasts longer than his previous comebacks. As well as a finely tailored training plan, he has a Peloton bike which has led to interactive and competitive training sessions with fellow quicks Stuart Broad and Mark Wood. Their first go saw Broad come top of the leaderboard, with Anderson second and Wood third.

His garden isn’t big enough for bowling with a run-up but he still finds himself going through his action in the living room. “When you don’t do it for a while you miss it and subconsciously your body just wants to do it.”

But training solely at home with an indefinite halt on all cricket provides further mental quirks. 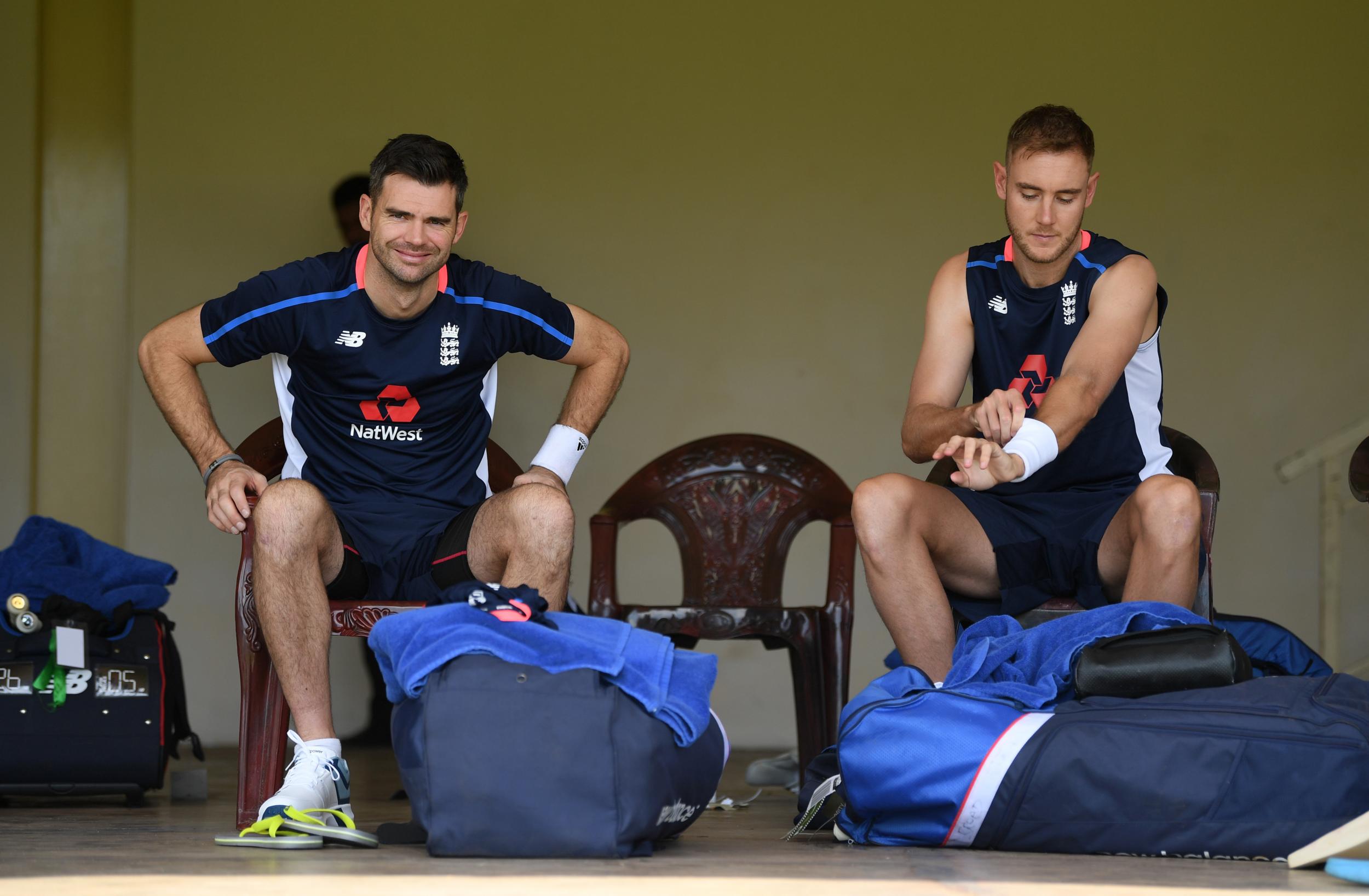 Anderson has not entertained the thought that the mere passing of time across this sporting lockdown will mean cricket finally moves on without him. But the current situation has highlighted how lucky he is to have ticked over into a 17th year as a Test cricketer and just how much he will hold it close to him when it returns.

“I think something like this puts everything in perspective really. Cricket has been a huge part of my life for quite a number of years, but you actually see the importance of it, in the grand scheme of things, isn’t that great.

“I’m certainly going to enjoy getting the whites back on and getting back out there as I did in Cape Town. It could be quite a long lay-off now and I think everyone is in the same boat in all sports, not playing at the minute. The chance to get back out there, we’re all going to cherish that moment when we do.”

Anderson, like the rest of us, will never take normal for granted again.