Adam Zampa’s home near Bangalow, in the hinterland above Byron Bay, affords him plenty of time for introspection. On the day Shane Warne died, Zampa reflected even more deeply than usual.

Warne had been Zampa’s hero, the reason he took up leg-spin bowling, a model for elements of his bowling technique, and some of the inspiration for an attitude that blends team, individual and the insatiable desire to have the ball when it matters. 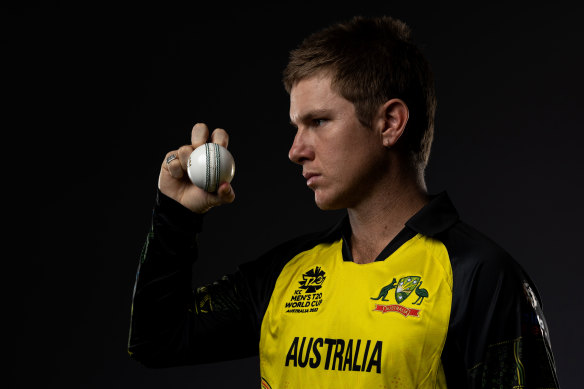 But Warne had also been an endlessly opinionated commentator, ubiquitous on Fox Cricket, and not always in agreement with members of the current team. Ahead of Australia’s opening Twenty20 World Cup game at the SCG, Zampa speaks openly about how he wrestled with the complexity of that wrenching March afternoon on the porch.

“You warm up for a game and you see the commentators around and you know they’re opinionated,” he tells The Age and The Sydney Morning Herald. “I was always the kind of guy to be like ‘I can’t be bothered dealing with this today, I will ignore this commentator today, I’m just going to warm up, get ready, go back to the change rooms and avoid eye contact, avoid the handshake, avoid the awkward small talk.’

“That was something I was pretty sad about, thinking I probably missed my opportunity to connect with Shane as well as I could have. That’s the learning curve, don’t take that for granted. I remember that afternoon sitting, having a beer on my porch and going ‘this sucks, I should have done more, I should have said more.’”

Earlier last summer, Zampa had eagerly acquired a vintage Victoria shirt emblazoned with Warne’s name, but stopped short of reaching out about it.

‘I wasn’t a meat-eating, beer-drinking Aussie, which meant only seven or eight years ago you felt slightly isolated.’

“I was almost going to send him a message a couple of months before it happened and say ‘I’ve got your shirt, how good’s this,’ but then I stopped and thought ‘don’t message Warney, you idiot, don’t worry about it.’ So there’s all those things you think about.”

Something Zampa is proud of helping to cultivate in the Australian white-ball team is an environment where players of all backgrounds and ages feel more able to be themselves when they first walk into the room. It’s a feeling Zampa treasures for others, having felt its absence when he started out in 2016.

“Getting there 100 per cent of the time is harder, particularly when you’re younger,” he says. “But if you can sit there and say ‘I did this thing and I did it as myself the whole time,’ that’s important, and that’s where we are now in our team in particular.

“You can come into this group now as a young guy and you don’t have to be in your shell. Tim David’s come in, Josh Inglis has come in and I think about them when I’m around them and notice them – these guys have felt so comfortable and it feels so nice to see them do that. Because when I was first in the squad I didn’t think I could do that.

“I didn’t feel good enough, didn’t think I deserved to be in the room with the guys that were in the room, which isn’t a great feeling to have. It’s just a domino effect from there. Then it’s hard to enjoy, you’re a young guy in and out of the team and you’re like ‘I’m not enjoying this.’ Fitting in as well, I was slightly different, I wasn’t a meat-eating, beer-drinking Aussie, which meant only seven or eight years ago you felt slightly isolated. Whereas now it’s much more ‘you do you.’ ”

In terms of Zampa’s evolution as a bowler and senior member of the side, he credits the outgoing one-day international captain Aaron Finch with fostering a cricket relationship that encouraged tactical bravery and learning. There have also been a couple of occasions where Finch, with his captain’s prerogative in selection terms, fought successfully for Zampa’s retention.

“Finchy said some really nice words in the rooms post-retiring about me as well in particular – that meant a lot to me,” Zampa says. “His leadership for me has changed my game in terms of having that confidence out there that no matter what I do, what ideas I have or how I execute my ideas, it was always a growth mindset.” 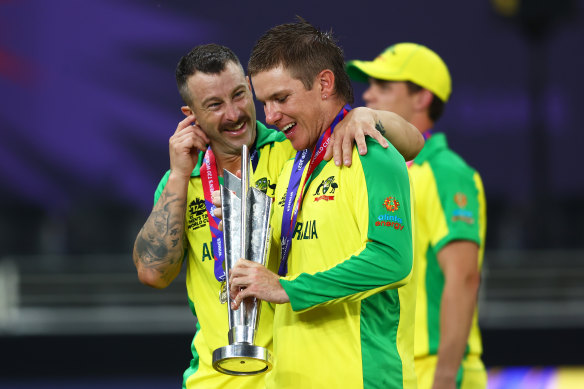 That combination had its richest rewards during last year’s World Cup in the UAE, where Zampa was the outstanding bowler of the tournament. In T20, he has learned, one good over is all you need to make a difference, a sentiment he shared with Mitchell Starc during the finale.

“No matter who is down the other end, no matter what my figures are, no matter the situation of the game, I’ll always think I can make a difference,” he says. “Sometimes I’m wrong. Sometimes Finchy and Wadey need to go ‘Zamps, shut up, you’re not bowling the last over to two lefties,’ and I’ll be like ‘come on, I’ll get the job done,’ and that might be my downfall sometimes.

“But my attitude is that I could be 0-60 off nine in an ODI game and then get 2-5 off this last over and make a difference for the person bowling next. I remember having this conversation with Starcy during the final last year. He felt like he was under the pump and his last over went for eight or nine. We ended up getting the run chase easy, but that made a huge difference – what could have been high 180s was 172.”

That sort of confidence has grown over years of befuddling the likes of Virat Kohli with subtle variations in pace, spin, loop and length. It has been helped, too, by Zampa’s move to the regional base he shares with his wife Harriet and son Eugene, born in June this year.

“Feel free to write that the owners should bring a bit of money into it and bring the prices of the beers down, because the locals will go to the Bowlo instead,” he says, voice rising a little, of the pub in Bangalow. “But it is a cool pub, you’re in the country surrounded by locals, which is a nice feeling.

“I do live a different life and there probably were some question marks on that when I first started it. But I went in with the attitude that this is what I want to do, and I deserve to have a certain amount of balance in my life where I don’t have to put cricket first all the time.

“The only other place I’d ever consider moving to is the east coast of Tasmania, but because there’s no family there it’s not an option. I like isolated places, feeling like I’m not near too many people.”

That space at home, in turn, allows Zampa to invest more mental energy into the communion of the Australian men’s team, and to that of leg-spinners around the world.

“If you’re an outsider, if you’re not feeling comfortable, if you’re the best player in the team, I think I can bring everyone to an equal playing field, equal goals and an equal mindset,” he says. “That’s an important part of every team, and there’s other guys who do that as well, guys who walk into the room and you think ‘it’s so nice to be here back together.’ ”

And if there is something Zampa has taken from his complex emotions over losing Warne, it is the importance of time spent in the company of others who share the agony and ecstasy of wrist spin as an art form.

“There’s this little community of leg-spinners that bond over how hard it is or how good it can be about 10 per cent of the time,” he says. “Even the leggie from West Indies, Yannic Cariah, pulled me aside, asked for my number. You see at the IPL every leg-spinner will want to have a bowl after the game, or have a chat about bowling. It is definitely a community.”