Sussex and England cricketer Ollie Robinson has been fined £3,200 and handed an eight-match suspension, with five of those suspended for two years, following an investigation into a series of offensive tweets. The 27-year-old has been embroiled in a host of controversy following the discovery of said historic tweets during his England debut last month.

Robinson’s offending comments were made between 2012 and 2014, with the Margate-born all-rounder posting a number of racist and sexist messages on social media.

He promptly apologised for his actions but was quickly removed from the England squad for the remainder of the Test series against New Zealand and suspended from all formats of international cricket by the ECB pending investigation.

Although Robinson has been slapped with an eight-match suspension as a result of the discriminatory tweets, he will be able to return immediately.

Three matches of his eight-game ban have already been served, leaving only the five matches that have been suspended for two years.

He will be available for selection ahead of the upcoming Test series between England and India, which is set to begin next month.

The Cricket Discipline Commission (CDC) announced their verdict on Saturday morning with a statement explaining their decision.

“Robinson had previously admitted breaching ECB Directives 3.3 and 3.4 in relation to a number of offensive tweets which were posted between 2012 and 2014, when he was aged between 18 and 20,” the statement read.

“The tweets came to light on 2 June 2021, which was also the first day of his first Test match for England.

“Following a hearing on 30 June, the Panel decided that Robinson should be suspended from playing cricket for eight matches, five of which will be suspended for two years. 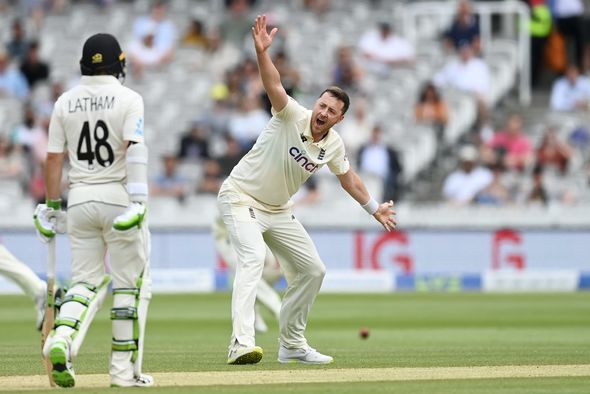 “As regards the three matches which are the subject of immediate suspension, the Panel has taken into account the suspension imposed by the England Team from the second LV= Insurance Men’s Test against New Zealand, together with two of the Vitality Blast T20 matches from which Robinson voluntarily withdrew himself from selection for Sussex CCC due to the impact of these proceedings.

Responding to the verdict, Robinson once again underlined his regret and vowed to work with the PCA, the players’ body, to assist in dealing with similar situations that may arise in future.

“I fully accept the CDC’s decision,” said Robinson. “As I have said previously, I am incredibly embarrassed and ashamed about the tweets I posted many years ago and apologise unreservedly for their contents. 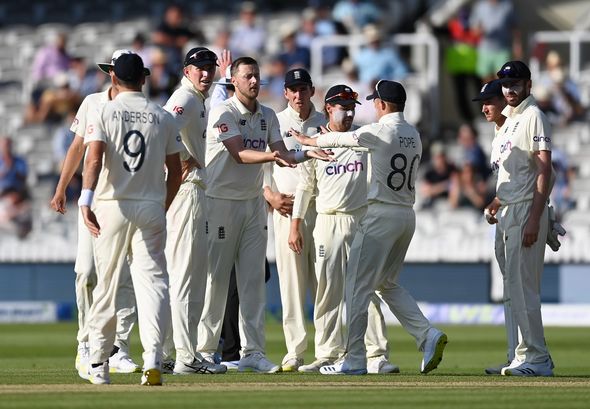 “I am deeply sorry for the hurt I caused to anyone who read those tweets and in particular to those people to whom the messages caused offence. This has been the most difficult time in my professional career for both my family and myself.

“Whilst I want to move on, I do want to use my experience to help others in the future through working with the PCA.”

Robinson impressed with the ball in hand during his Test debut for England despite the controversy that was unfolding on social media, claiming two of his side’s three wickets on the first day as New Zealand reached 246-3 by the close of play at Lord’s.

The revelations came on a day when England players wore T-shirts standing against all forms of discrimination before the start of the match.

Related posts:
Previous Post: Man City to ‘break Premier League transfer record’ to land Grealish from Villa
Next Post: England confident but not complacent ahead of biggest Euro 2020 step yet