Welcome to England’s Ashes blueprint: Joe Root’s side are likely to shun spin again and go with all-out pace in the second Test against New Zealand… as they prepare for the winter series in Australia

Time for England to put to one side, for now at least, the social media shemozzle that turned the first Test into a public relations disaster of their own making.

And time, perhaps, for them to unveil in front of 17,000 fans in the second Test at Edgbaston their bowling blueprint for the Ashes this winter.

The sun will be shining on a ground that usually takes spin but England are contemplating leaving out Jack Leach against New Zealand — and going again with the seam-loaded attack they believe gives them their best chance of winning in Australia.

That means two genuine quicks and two ‘control’ bowlers, with Joe Root providing the spin and the unfortunate Leach missing out along with Dom Bess, who was added to the squad who drew the first Test at Lord’s.

It is a policy that will raise eyebrows if executed at Edgbaston, but it is one that is based on the historical failure of English spin to make any sort of impact in Australia.

And it is one England want to experiment with as much as possible before they head to Brisbane in December, certainly in a series without World Test Championship points at stake.

So opportunity is set to knock for Warwickshire’s Olly Stone on his home ground alongside Mark Wood, with England keen to see if the Durham man’s fragile body can withstand the impact of back-to-back Tests. 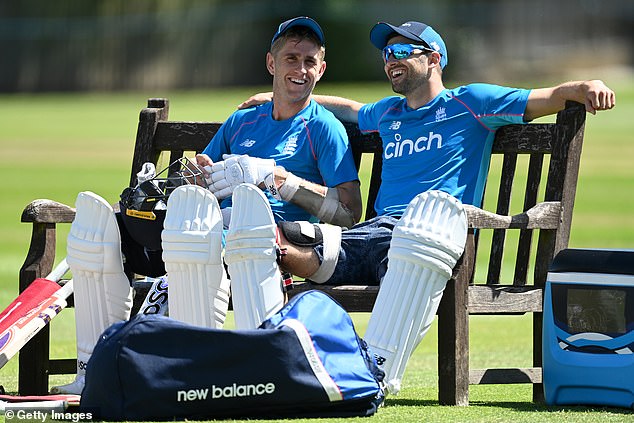 And the pair could line up alongside the big two of Jimmy Anderson, making his record-breaking 162nd Test appearance, and Stuart Broad, even if that leaves England with a longer tail than last week.

England do have another bowler, Craig Overton, in the squad who could provide the batting strength at eight that they will miss in the absence of the suspended Ollie Robinson. But Stone and Wood are more likely to be needed in Australia than Overton and England have made no secret of their desire to build towards the big one this winter.

The long-term picture will be complete when Ben Stokes, who is due to make his comeback after injury for Durham in the T20 Blast this week, returns as what would be the fifth seamer in a first-choice Ashes side.

Meanwhile, Jofra Archer, Chris Woakes, Sam Curran and Robinson — as long as the ECB are not over-zealous in their punishment — would provide the alternatives to Wednesday’s chosen four and the depth to England’s Ashes attack.

It is an intriguing prospect but Root, without the balance to his side that Stokes or Woakes would bring, was keeping his cards close to his chest on Tuesday.

‘It’s going to be lopsided whichever way we go,’ said the England captain. ‘It will feel like we’re missing something. 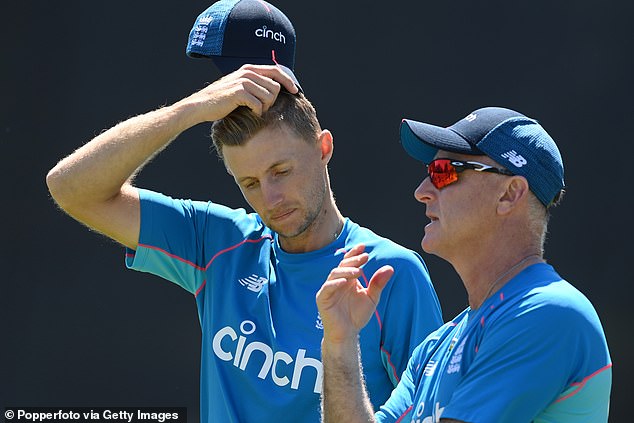 ‘But that’s just the nature of how it is. We might find ourselves in this position in future and need to find ways to win games.’

How England need to win this one. ‘Tweet-gate’ has been a horrible distraction and England seemed no nearer to deciding what they should do about the second player found to have sent a historic racist tweet, in his case when he was just 15.

Stay silent for much longer and it will seem they are treating him — and the others who have been dragged into it including Jimmy Anderson, Eoin Morgan and Jos Buttler — much more leniently than Robinson, the man who took seven wickets on his debut at Lord’s.

Root did not want to dwell on that but he did launch a robust defence of England’s crawl to that draw at Lord’s after Kane Williamson, who will miss Wednesday’s game to rest his injured elbow ahead of the World Test Championship final next week, had dangled the most enticing of carrots. Did England miss a big chance to entertain their returning fans?

‘I’ve had some time to think about this and I still feel we made the right decision,’ insisted Root. ‘We’ve turned up here still with the opportunity to win a Test series and that means a hell of a lot to this group of players.

‘We tried to put down a platform and give ourselves a chance to chase that target at Lord’s but — and I was out there — it didn’t feel possible. We want to win as many Tests as we can, but if we don’t feel we can, we want to close out games and keep us in series.’ 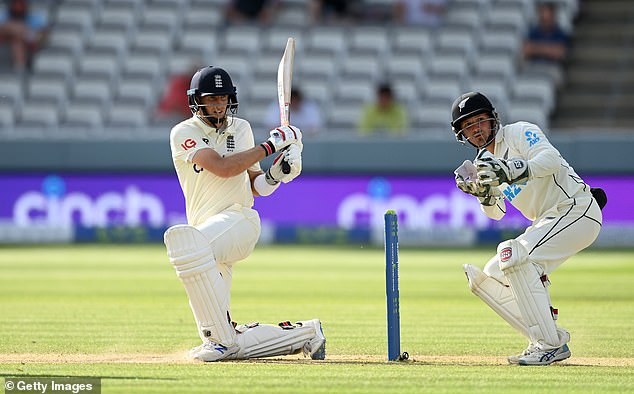 So will England try to put on more of a show now in front of their first proper home crowd in almost two years in this Government test event?

‘Hopefully,’ said Root. ‘We’re all very aware we’re in the entertainment business and we all want to be part of those special games that provide that entertainment. If the opportunities arise, we’ll definitely look to be aggressive.

‘I don’t want us to be considered a negative team who play a boring brand of cricket. We have very exciting players who are capable of wonderful passages of cricket and hopefully that will come to light this week.’

How England, and their supporters at this most atmospheric of grounds, need those wonderful passages of play after the most miserable of crises that has some way to run yet. Now they must decide which bowlers are best equipped to provide them.

Related posts:
Previous Post: Peyton Manning to be inducted into Broncos Ring of Fame
Next Post: ‘It’s not fair kids’ tweets are held against them for life in cricket storm’