Remarkable hundreds from Paul Stirling and Andy Balbirnie helped Ireland to their first win against the world champions in England – and left a superb century from Eoin Morgan in the shade.

The series was already dead, but there was pride at stake, as well as a haul of 10 Super League points. Besides, for Irish cricket there is no such thing as a consolation win against England.

They had previously beaten them only once, when Kevin O’Brien’s famous 50-ball hundred helped chase down 328 at Bangalore during the 2011 World Cup. Here, they needed one run more, and their innings began amid a similar sense that they were about to embark on something futile. 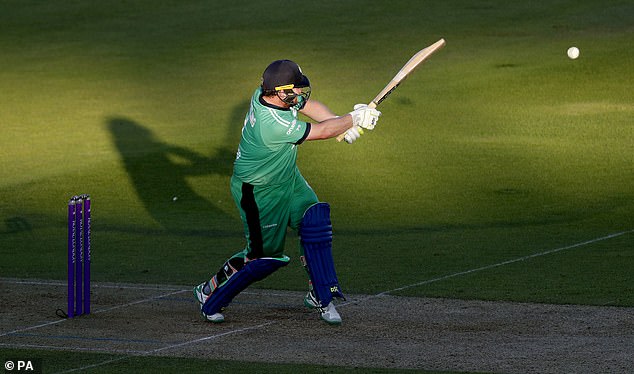 Had Morgan not felt tightness in his groin during the course of his 78-ball hundred, forcing him to hand the reins to Moeen Ali for the Ireland reply, the game might have turned out differently. Instead, to jubilant scenes in the visitors’ dressing-room, it was O’Brien who applied the finishing touches with a ball to spare. Incredibly, no team has ever chased more to beat England in their own backyard.

England looked rudderless as they set about defending a total that ought to have been beyond the Irish, even on a quicker pitch than the one used for the first two games.

They bowled as if a wicket would fall into their laps. There was no aggression, no invention, no inspiration. When the camera panned to Morgan on the balcony towards the end of a second-wicket stand of 214 between Stirling and Balbirnie, he was wearing a Sphinx-like grin. A penny for his thoughts. 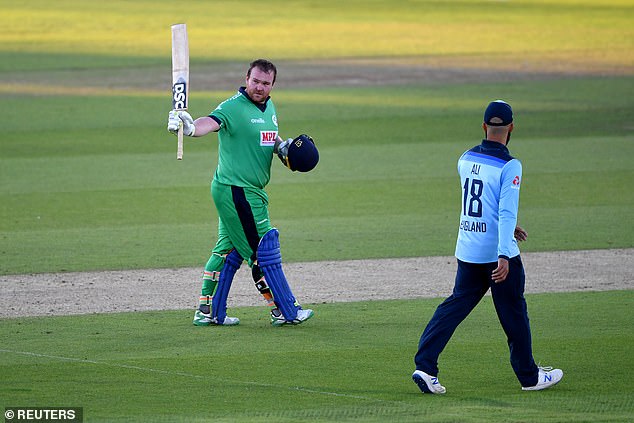 Then again, even Morgan might have struggled to conjure up a response to Stirling’s onslaught.

He got into his stride with two leg-side sixes in two balls off Saqib Mahmood, and dominated an opening stand of 50 with Gareth Delany. But the highlight of his ninth ODI hundred was his dismantling of Adil Rashid, whose leg-breaks and googlies had brought him four for 60 in 20 overs during the first two games.

Three times Stirling mowed Rashid over midwicket for six, gratefully exploiting the shorter leg-side boundary. Not until Ali had given Rashid five overs did he switch him to the Pavilion End – but by then Ireland had almost 200. It was curious captaincy. 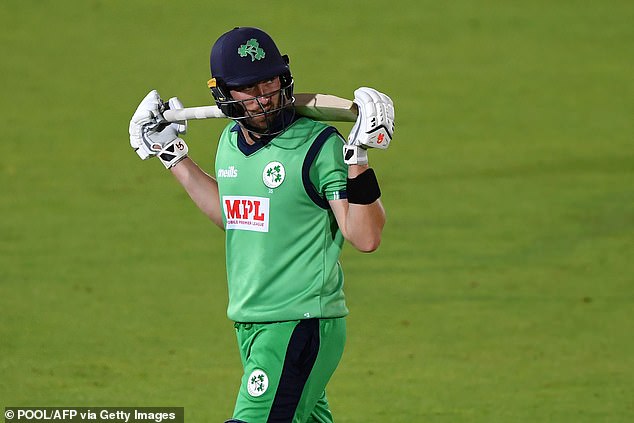 Stirling was dropped on 95 and 139 by the hapless James Vince, before he was eventually run out for 142 off 128 deliveries. Balbirnie, quieter than his partner yet still scoring at a run a ball, soon brought up his own hundred. Not even his late dismissal by Rashid could deny Ireland.

The day’s second and third centuries turned the first into a distant memory. Though on a day when other elements of England’s batting line-up wobbled, Morgan looked every inch a leader with petrol in the tank.

Not so long ago, he might have sat this game out, and instead examined the claims of Liam Livingstone. But a discreet inquiry along those lines before the game was met with incredulity. Fifteen fours and four sixes later, you could see why. Out for a duck on Saturday, he played here with all his unorthodox elan.

One of the questions Morgan wanted this series to answer was which of the fringe players would be joining him for the ride. Tom Banton spoke before the game of finding No 4 a struggle, which might explain why Morgan took the role himself, allowing his team-mate to come in a place lower. And it worked. 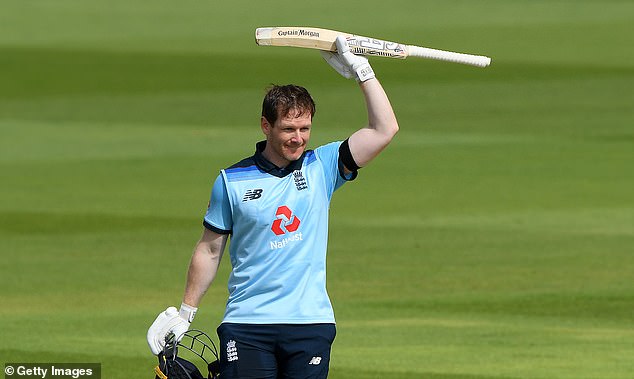 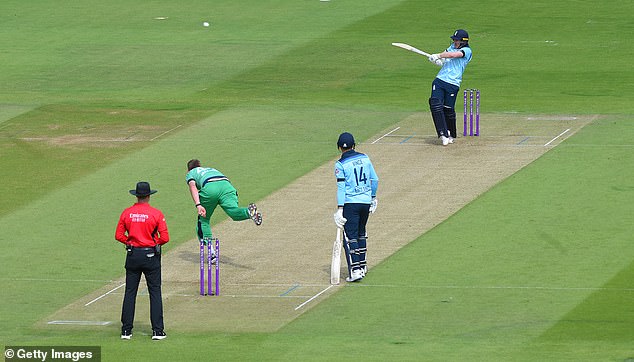 From a precarious 44 for three, following a rare double failure from openers Jason Roy and Jonny Bairstow, Banton helped his captain add 146, ticking off his first international half-century, and playing some superb forcing shots through the covers.

But while Banton is rightly being lined up for the future, Vince is in danger of being left in the past. With many of the first-choice one-day side preparing for the Test series against Pakistan up in Manchester, this series was a golden opportunity to cash in against one of the weakest attacks England will face ahead of the next World Cup.

Vince’s response to the challenge has been scores of 25, 16 and 16. And if there was little he could do about the ball that got him yesterday – a sharp nipbacker from Craig Young – then the overall impression of the last six days is that he lacks the edge Morgan demands. 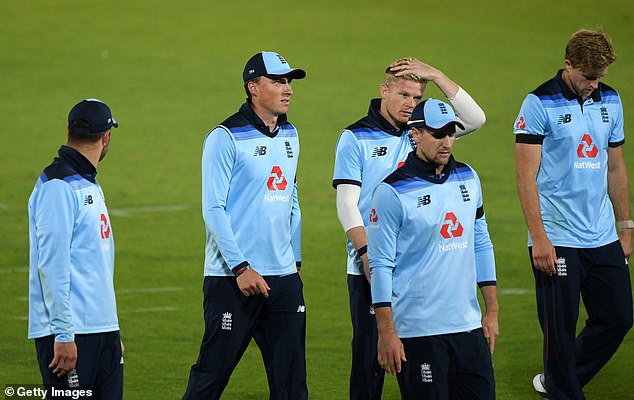 Since making 51 on his one-day debut against Sri Lanka four years ago, he has averaged 19 in 13 innings, with a best of 43. Vince invariably reaches double figures; just as invariably, he finds a way of getting out. It’s hard to see how England proceed with him now.

There must also be concern about Ali, who was handed the fillip of the vice-captaincy for this series, but followed a duck on Saturday with a painful innings. He edged his first ball just shy of slip, patted a full-toss to mid-on, nearly ran out Sam Billings, then got into another tangle against a short ball, lobbing a catch to cover. He trooped off with a single to his name.

His dismissal left England 216 for seven, when at one stage they seemed set for 400. But David Willey – playing with a new lease of life – battered his second international fifty, and Tom Curran extended the total to 328.

It seemed more than enough. But, on a famous night for Irish cricket, Stirling and Balbirnie had other ideas. Rarely can a 2-1 series defeat have tasted so sweet.