Ashley Giles has assured West Indies cricketers the ECB “will not compromise” the safety of players in order to get their tour on in July. Windies chief executive Jonny Grave admitted his players remained “nervous” about the prospect of being the first post-lockdown tourists.

But Giles promised the ECB remained confident they can provide a safe environment for the tour to go ahead behind closed doors.

“If I was a West Indies player I would be nervous but we are doing all we can to answer all of their questions and we will be speaking to Pakistan as well,” said England’s Director of Cricket.

“We can’t mitigate all risk but we will mitigate as much as we possibly can to get guys comfortable.”

England are pinning their hopes on staging international cricket this summer as the sport faces up to huge losses.

It is hoped that Australia and then Pakistan will follow the West Indies later in the summer in order to mitigate the financial hit for all of the boards involved.

Grave insisted four weeks of preparation would be needed before the Tests which would mean decisions need to be taken in the next week. 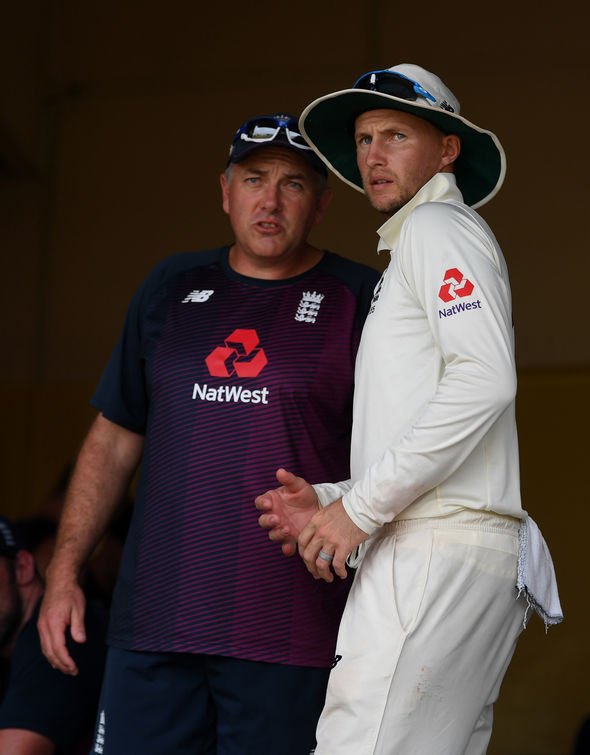 But he maintained no one would be forced to tour if they were uncomfortable doing so.

Asked whether he could see the Tests taking place though he was positive.

“We are right to be optimistic,” he said.

Giles echoed those comments and added his hope that government may well have released the handbrake on lockdown still further by the time West Indies arrive.

“We have to remain confident,” he said. “It has to be safe and it has to be right. We would never compromise the safety of our players and our people.

“But right now I am confident.”

He added: “Given the trajectory we are on who knows what the UK will look like in two months or three months time? Or the world?

“We hope we don’t take another dip which would put all of us back but if we continue on this trajectory hopefully we will have the right conditions to play some Test cricket.”

Giles also fleshed out some detail on the gradual release of cricket’s lockdown handbrake yesterday with England’s centrally contracted bowlers set to return to one on one training sessions with county coaches on Wednesday.

Batsmen will follow two weeks later with a gradual return to small group training further down the line as and when government allows.

In all 30 red-ball players have been asked to return in order to provide the squad for the Test matches.

In the initial return players will be “temperature tested” on arrival at training, ECB medical staff (or their county physio) with PPE equipment will be on hand, dressing rooms will be closed and social distancing will be observed.

Giles said he was confident players will be safer in training than they would be at their local supermarket.

“In this first phase we should be able to get control of the environment right so it’s safer to go back to practice than it is to go to the supermarket.

“Then we will wait for guidance on step two and step three. These are the very first tentative steps back to playing cricket but that is all they are for now.”

He also confirmed that ECB were not considering imposing a seven week quarantine on players for the Test series.

“With what’s going through the country people will want to see families and kids. So we have to look at ways we can make that happen,” he said.

“I think we are all hoping that over the next couple of months we will see a lessening of the current restrictions. We hope there will be more movement on that by July and August.”

Related posts:
Previous Post: When will Liverpool lift the Premier League trophy? Confirmed date revealed
Next Post: Chelsea boss Frank Lampard has ‘food for thought’ thanks to one player after new signings