Ollie Robinson took his first Test five-for, then admitted he feared for his England career after racist and sexist tweets were uncovered during his debut at Lord’s two months ago.

He described the past few weeks as the ‘toughest of my life’, and added: ‘It affected myself and my family, but I’ve learned a lot since then.

‘I was a young and naive guy, and I made a lot of mistakes – not just the tweets. I’ve grown a lot since then, and I’m a father now as well. I’ve tried to make myself the best person I can be.

‘There was a time when I was speaking with my lawyers and looking at the fact that I could be banned for a couple of years and never play for England again.’

Robinson has already been on a social-media course, and will work with the Professional Cricketers’ Association to encourage others not to make the mistakes he did.

For now, though, he has shown what he can do with a ball in hand.

‘It was important for me to show everyone I was the real deal on the field,’ he said. ‘After a tough week at Lord’s, I’ll cherish this for a long time.’ 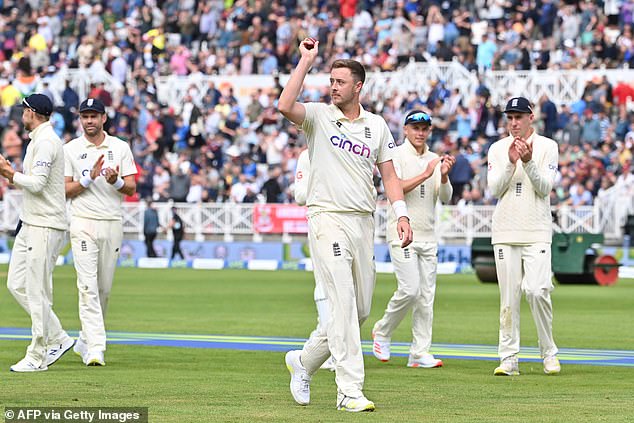