Danni Wyatt propelled England to victory in their multi-format series against India at Chelmsford on Wednesday night and perhaps saved her international career.

Wyatt, dropped from the one-day series and poor in the first two T20 internationals, smashed an unbeaten 89 and dominated a stand of 112 with Nat Sciver that gave England an eight-wicket win with eight balls to spare in the final short-form match.

That gave them a 10-6 triumph in the three-pronged series, with England winning both the one-day and T20 series 2-1 after a drawn Test.

India owed what looked like a below par 153 for six to a hard-hitting 70 from Smriti Mandhana.

But their hopes of posting a challenging target disappeared with her when Sciver took a good catch to give Katherine Brunt her second wicket.

Brunt had earlier bowled teenage sensation Shafali Verma for a duck but the England bowling honours went to Sophie Ecclestone, who took three for 35. 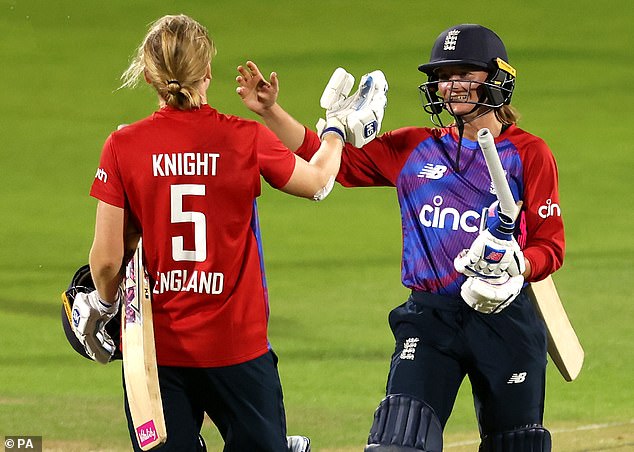 Related posts:
Previous Post: Can Sturridge REALLY get back to his best after 17-month absence?
Next Post: Min Woo Lee soaks up ‘awesome’ British Open course after taking fast lane to first major