Devon Conway compiled a sensational 200 on his Test debut for New Zealand but England wrestled back much of the initiative as Ollie Robinson and Mark Wood came to the fore on day two at Lord’s.

Conway, unbeaten on 136 overnight, showed remarkable composure amid a batting collapse from the Black Caps, who lost their last seven wickets for the addition of 90 runs, to become just the seventh person to record a double ton on his Test bow.

While Wood’s three-wicket burst led England’s fightback on Thursday morning, Robinson finished with four for 75 and was only denied a five-for and a place on the honours board after Stuart Broad shelled a relatively simple catch.

The unearthing of past tweets this week have made Robinson’s first international match a chastening experience but he has impressed on the field and was the pick of the England bowlers to help to restrict New Zealand to 378.

Rory Burns justified his recall – having been dropped for the final two Tests in India last winter – with an encouraging 59 not out, in which he batted fluidly after a nervy start, as he and Joe Root (42no) led England to 111 for two at stumps.

Devon doubles up on debut

Conway joined an exclusive club when pulling Wood over long leg for six to bring up 200. The South Africa-born batsman became just the seventh debutant to make a double ton and the second New Zealander to do so after Mathew Sinclair, who amassed 214 against the West Indies in December 1999 on his Test bow. Tip Foster’s all-time record of 287 in his first Test never seemed to be in danger of being challenged, but Conway’s 200 – he did not carry his bat after being run out, the last wicket to fall – was the highest score by a debutant in England.

Robinson’s performance came in for praise from England assistant Graham Thorpe who said: “We were really pleased that he showed good character and he had to be pretty resilient because whatever he’s done it’s still not easy to go back out onto the stage and perform. I thought his level of performance was exceptional in that first innings.” Asked whether players’ social media histories could be more thoroughly vetted in future, Thorpe added: “It’s clearly something going forward that might need to be looked at so that a day like yesterday doesn’t happen.” 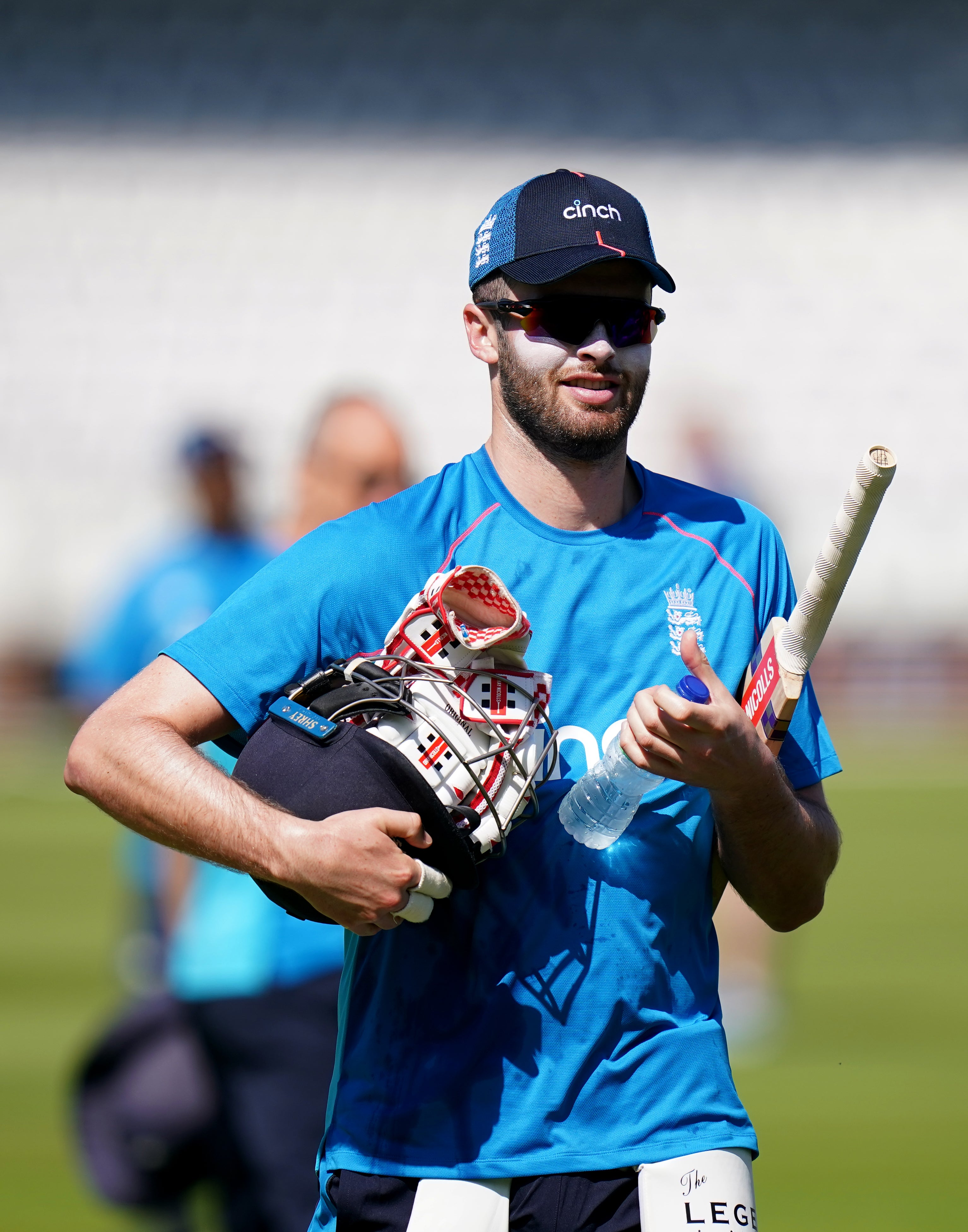 Dom Sibley was an understated performer in England’s victory in Chennai last winter with a patient 87 that gave Root the foundations to go big in a memorable win. He has not passed 16 in any of his eight innings since then, though, and his dismissal for a duck is a sixth successive single-figure score. In his defence, it was a good delivery that led to his downfall, Kyle Jamieson finding some early movement to wrap the opener on the pads. Sibley might also count himself unfortunate after technology showed the ball would have just brushed the stumps. Fine margins. 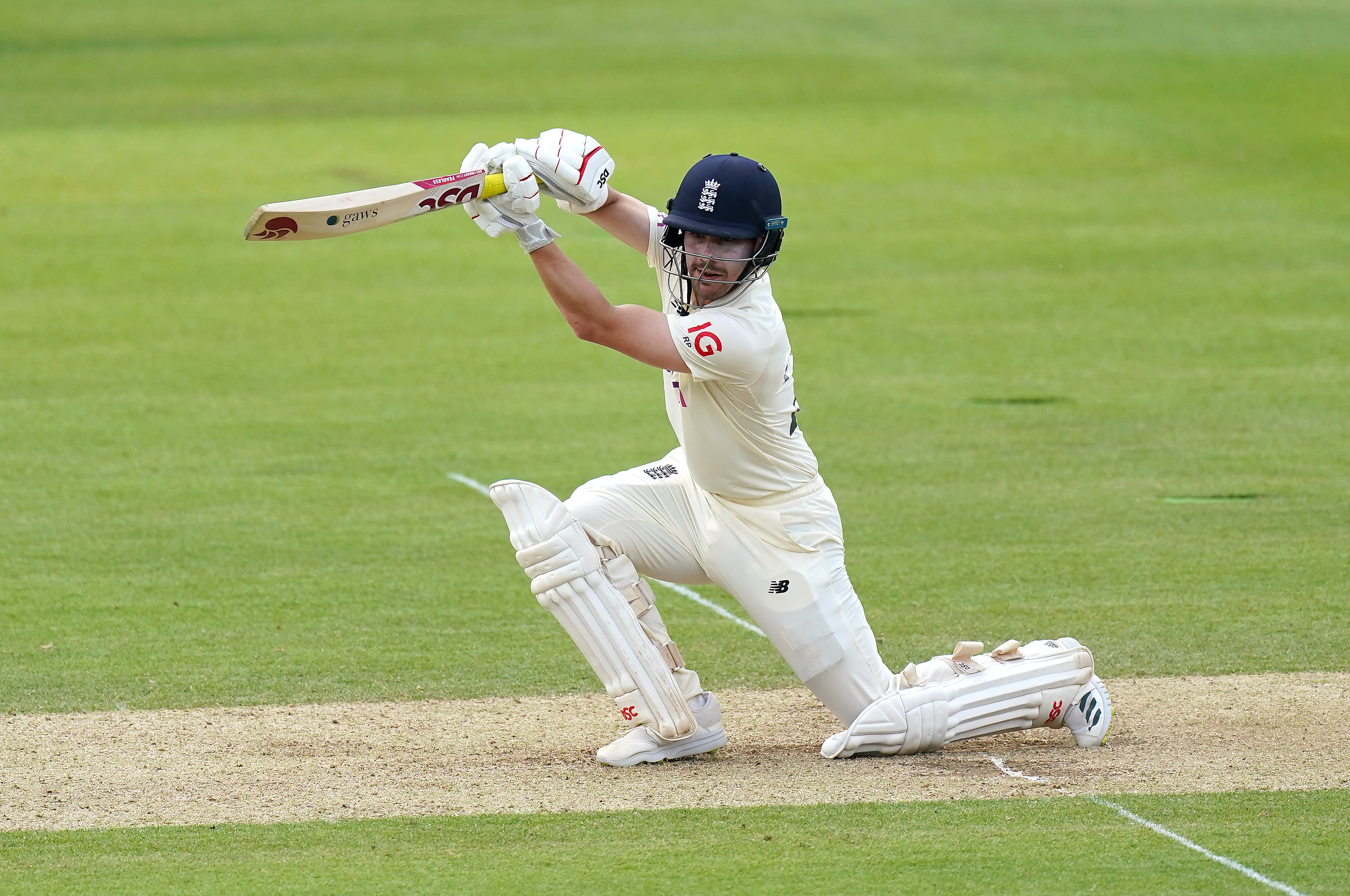 Sibley’s opening partner was restored to the England side after a difficult winter in which he was dropped for the final two Tests in India and reprimanded following a social media spat with Alex Hartley, a 2017 Women’s World Cup winner with England. Burns has played his way back into form with Surrey in the LV= Insurance County Championship this season, averaging 61.55 in seven matches, and he has brought that form into the Test arena, batting with self-assurance against New Zealand’s coterie of seamers.