BUMBLE AT THE TEST: Ollie Robinson’s no-nonsense style reminds me of Angus Fraser but discovery of old tweets shows that stars must be careful… while debutant Devon Conway oozed composure for New Zealand

It’s great to be back at Lord’s but my day didn’t start too well.

I came across from the hotel to our normal entrance at the East Gate but that had the biggest padlock on it I’ve ever seen.

It’s down to Covid, of course, but I was faced with a real route march round to North Gate. And I’m not getting any younger…

The good side of social media was demonstrated after we spotted a chap in the crowd wearing an Australian hat with a signature on it.

Who could it be? The answer came on Twitter via two Aussie players, Shane Warne and Aaron Finch, who both recognised the autograph as Pat Cummins.

Another tweet that made me laugh came from David Warner who said ‘this bloke is stopping me sleeping.’ It was a picture of Stuart Broad on his TV. 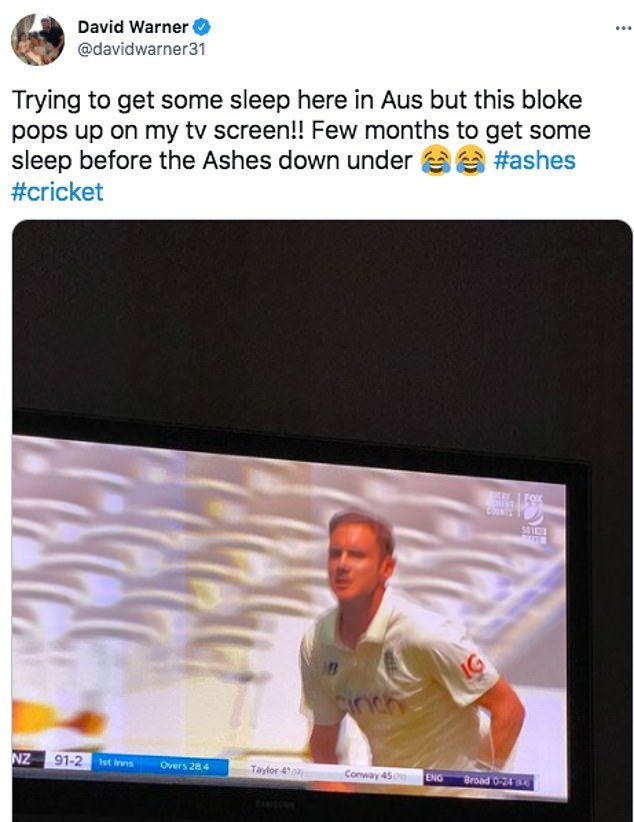 The good side of social media was shown on Day One, including a funny David Warner tweet

But we all know that social media has a brutal side.

The discovery of some tweets Ollie Robinson sent nine years ago just showed how careful young sportspeople have to be before they post anything.

The consequences can be very severe and stay with you. Take it from your Uncle David. I’ve said things that people still remind me of years later…. 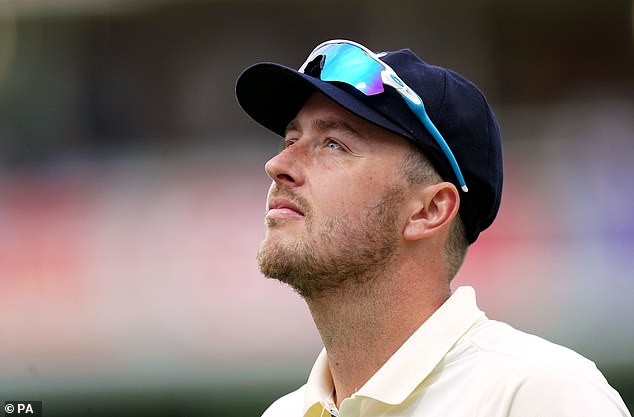 However, the brutal side was also shown with the discovery of old tweets from Ollie Robinson

Every time I see Robinson he reminds me of Angus Fraser.

He’s tall, accurate and looks a no-nonsense performer, just like Gus. And he looks as grumpy as Fraser always was when faced with a batsman.

It was a lovely moment when he got Tom Latham for his first Test wicket. Robinson’s challenge will be if he’s quick enough on international pitches… 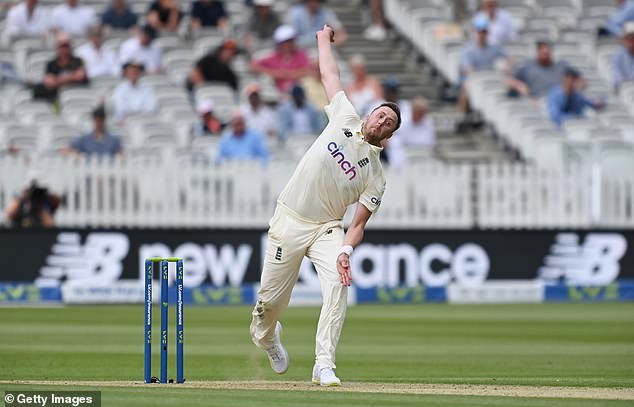 Make no mistake, New Zealand are a crackerjack team.

Just look at the depth of that line-up, with Colin de Grandhomme at seven and Mitchell Santner at eight.

They may be missing Trent Boult but there’s no surprise they’re in the final of the World Test Championship. I reckon conditions at the Ageas Bowl will favour them over India… 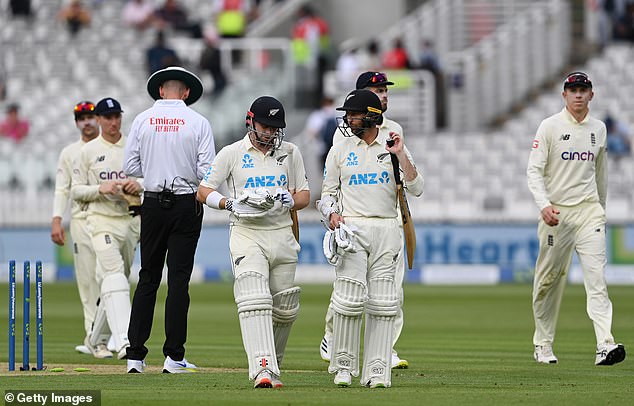 It’s the one we’ve all been waiting for! After the great success of Korty: The Legend explained, a cracking little page turner, comes another book from our legendary former columnist Charles Sale.

It’s called The Covers are Off and St John’s Wood was awash with posters on Wednesday advertising it.

It’s the story of the battle for land at the Nursery End between MCC and property developer Charles Rifkind. It’s a right riveting read!

Devon Conway looks a composed, well-organised character at the top of the New Zealand order.

He’s a South African who has qualified for the Kiwis but I kept on confusing him with others on Wednesday. 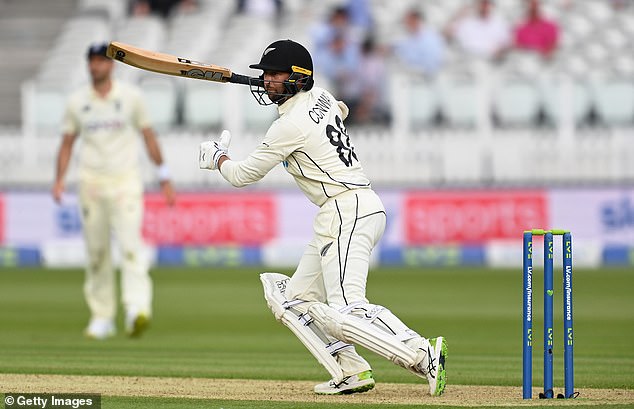 First I called him Dean Conway, who is a former England physio, then it was Russ Conway, the famous four-fingered pianist.

And I couldn’t get my old chum Pete Conway, Robbie Williams dad, out of my mind either. I told you I was getting old…