BUMBLE AT THE TEST: I’m thrilled for Jonny Bairstow and Trent Bridge deserves huge credit for letting the crowd in for free… but I told Harry Redknapp to back the draw between England and New Zealand!

Bairstow produced the innings of his life, obliterating the Kiwi attack to finish with 136 in 92 balls as he and Stokes bullied their way to a five-wicket win at Trent Bridge and an unassailable 2-0 lead.

I’m thrilled for Jonny Bairstow – he answered his critics in the style he knows best: attack

What an exhilarating performance from Jonny Bairstow! He was under the spotlight for his place, as he so often is, and he responded by playing the way he knows best: attack, attack, attack. It’s one of the greatest knocks you can ever hope to see, and I’m absolutely thrilled for the lad. No superlative is enough to capture how well he batted.

And what a day for Trent Bridge to throw open its doors and allow the crowd in for free. Administrators get a lot of stick, but that was an inspired decision by Nottinghamshire and they deserve so much credit. Who knows – there might have been some youngsters there today who caught the Test cricket bug. It felt like a very significant day for a format that we’re often told is dying a death. 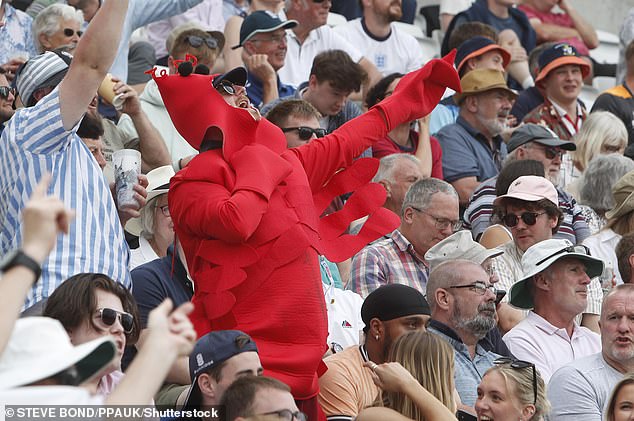 Do England stick or twist with Zak Crawley? It’s obvious he’s out of nick, but the question is how is he mentally? Only the dressing-room know the answer to that. Normally, you’d be tempted to tell him to go back to Kent and score some runs in county cricket. But there isn’t any flipping county cricket! My suspicion is that this new regime will give him another game at Headingley.

BOULT KNOWS HOW TO HOLD A BAT

It’s always frustrating when the opponents put on runs for the last wicket, especially a fella like Trent Boult who just about knows how to hold the thin end of the bat, but not a lot more. The question in these situations is always, how long do we keep going with the short ball? Of course, the other option for England was the new ball. They gave it to Jimmy Anderson and he struck right away! 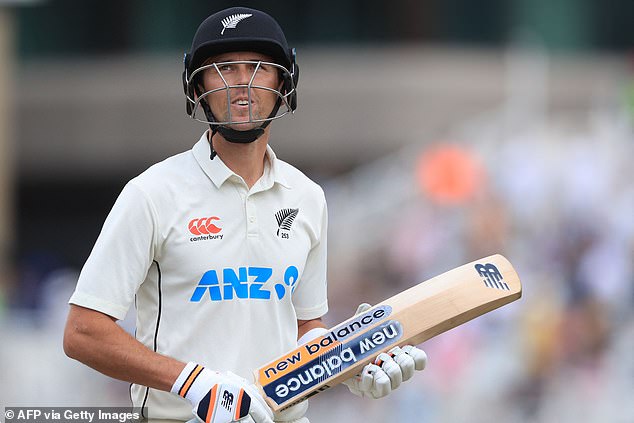 I was on TalkSPORT radio on Tuesday morning to set up the day with Alan Brazil, Ray Parlour and Harry Redknapp. They were living the dream down at Ascot, but Harry said he was thinking about placing a bet on the cricket. ‘Is the draw a good option?’ he said. ‘It’s the option,’ I told him. I was just about to ask the great man for a tip from the racing when I got cut off. You couldn’t make it up!

Listening to Test Match Special, I thought how well the programme has transitioned in recent years – in particular Alison Mitchell and Isa Guha, who seem very comfortable at the mike. TMS is a good mix now: it’s engaging, witty and informative. But I’m still going to be defiant and say that, by jingo, I do miss Sir Geoffrey. Now he really was box office. 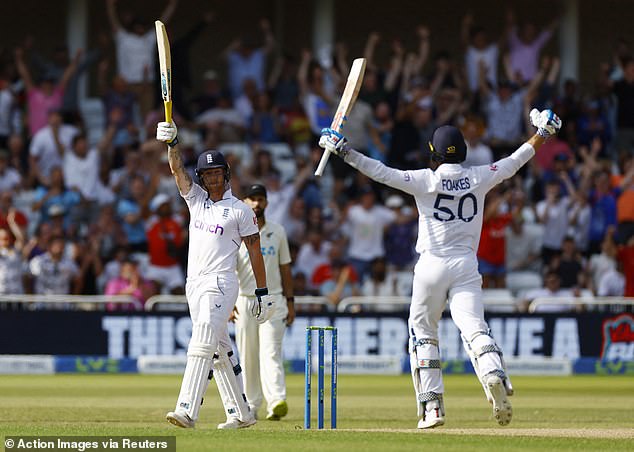 I told Harry Redknapp to back the draw – but then Ben Stokes and Bairstow stepped up!

England’s one-day squad are now in Amsterdam for a three-match series. It’s strange enough that this series against the Netherlands is taking place during the Test matches against New Zealand. But it’s also taking players away from the county championship and the T20 Blast. I can’t help feel this trip is to the detriment of our domestic game. Mind you, I’d love to be making the journey myself…