The 34-year-old leggie was given special dispensation by the ECB and Yorkshire CCC to fulfil one of the five pillars of Islam during a busy summer of cricket.

It meant he missed out on T20 Blast matches for his county as well as both whiteball series against India earlier this month.

He has now returned to the fold, with team-mates asking plenty of questions about his Islamic tradition and how he coped with the searing heat that topped 45C (113F).

He has found that a few things have changed too, with a new captain in Jos Buttler as England start their build-up towards what will be Rashid’s fourth T20 World Cup in Australia in October.

“Every time we play, whether it’s batsmen, seamers or spinners, we’re playing as if it’s our last game,” he said ahead of the opening T20 against South Africa this evening. “That’s the mindset.

“The focus is the World Cup but, before that, there is still plenty of cricket to be played and we want to run into some good form by then. My team-mates have been asking about the Hajj, how it was and what the experience was like, so I’ve been giving them feedback on what it teaches you and why you do it. 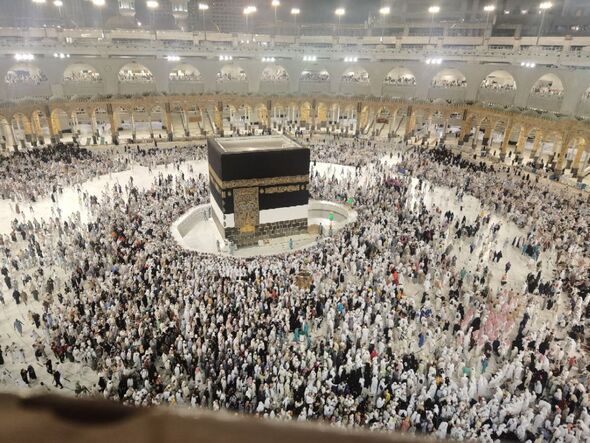 “One of the main reasons was it’s one of the five pillars of Islam, something that we Muslims have to do once in a lifetime. But it teaches you quite a few things. It teaches you patience, because you can be out there in the midst of 45-degree heat, it teaches gratitude and self-discipline. Hopefully, you can come back and use that in your daily life.”

Those life skills might also seem perfectly suited to Test cricket with long days in the heat, which England will experience in Pakistan this winter.

But Rashid was cool on the subject of returning to the five-day game, with little or no first-class experience since wear and tear on his shoulder became a chronic issue. “A lot has got to happen for me to play Test cricket,” he said.

The veteran has been impressed by 17-year-old legspinner Rehan Ahmed, who he has been mentoring over the past week in the England camp.

“There’s a big future for him, he’s got something about him,” Rashid said.