England spinner Adil Rashid felt pressured by Azeem Rafiq into backing racism claims that he does not remember, according to a senior figure at Yorkshire.

The allegation is in a signed witness statement provided to the ECB to help their disciplinary case against Michael Vaughan, who along with six former Yorkshire players has been charged with using racist language towards Rafiq. Rafiq declined to comment but it is understood he strongly denies pressuring Rashid.

Rashid and Rafiq played together in two spells at Yorkshire before going into business last year by opening a fish and chip shop in Barnsley, which was recently sold.

Rashid had been expected to appear as a key witness when the long-running case is heard by the Cricket Discipline Commission next year, but Sportsmail can reveal he is unlikely to appear in person. However, earlier this year he provided a written statement to the ECB supporting Rafiq’s version of events.

Rafiq first made allegations of being racially abused on the field by a former Yorkshire team-mate in an interview with Wisden.com in August 2020, with Vaughan admitting that he was the alleged perpetrator in November 2021. That led to an ECB probe and the former England captain being charged last summer.

As part of their investigation, the ECB received a written statement from a senior member of staff at Yorkshire, who said that throughout 2020 and 2021 they were in frequent contact with Rashid. ‘When the media furore was at its zenith, Mr Rashid telephoned me on more than one occasion,’ says the witness. 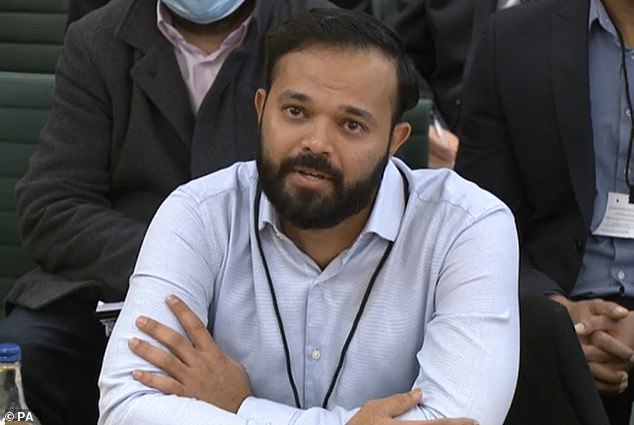 ‘He appeared distressed and indicated to me he was being pressured to corroborate allegations of racism, even though he did not want to.

‘He said to me, more than once, that he could not remember the particular comment he was being asked to say he witnessed, nor anything racist being said in his presence. He said to me that he had told Mr Rafiq, “No matter how many times you tell me I heard it Azeem, I cannot remember hearing it”. Mr Rashid’s voluntary comments during telephone calls he chose to make to me are at odds with claims I have seen in the media, attributed to him, concerning racist comments observed or overheard.’

The witness does not claim to have personally witnessed Rafiq pressuring Rashid, and Rashid has not corroborated the account in the witness statement. Rashid also declined to comment when contacted by Sportsmail.

The allegations against Vaughan centre on the claim that the former England captain said, ‘Too many of you lot, we need to have a word about it’, to a group of four Asian players before a T20 match between Yorkshire and Nottinghamshire in 2009. 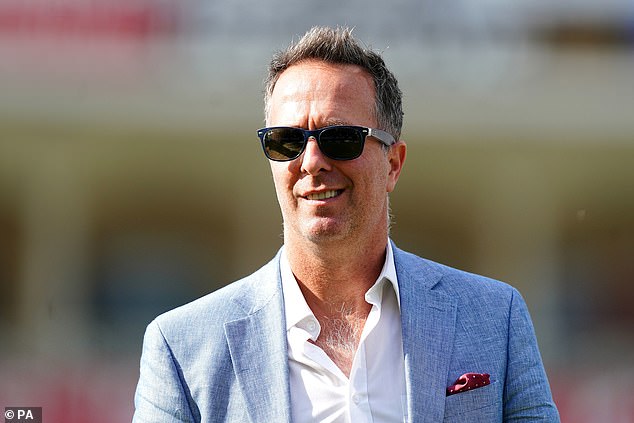 In an interview published in April 2021, former England fast bowler Ajmal Shahzad said he did not recall the comments being made.

Vaughan revealed he was the player accused of making the remarks, which he strenuously denies, in his Daily Telegraph column on November 4, 2021. The following day former Pakistan fast bowler Rana Naved-ul-Hasan gave interviews supporting Rafiq’s version of events, although the precise words attributed to Vaughan had altered slightly.

‘Mr Vaughan used the words, “There is too many of you, we need to do something about it”,’ Naved said. ‘At that time I wasn’t realising he was speaking about us but lots of people said that to me.’

Rashid maintained his silence until November 15 when he issued a statement to The Cricketer. ‘Racism is a cancer in all walks of life and unfortunately in professional sports, too, and is something which, of course, has to be stamped out,’ he said. 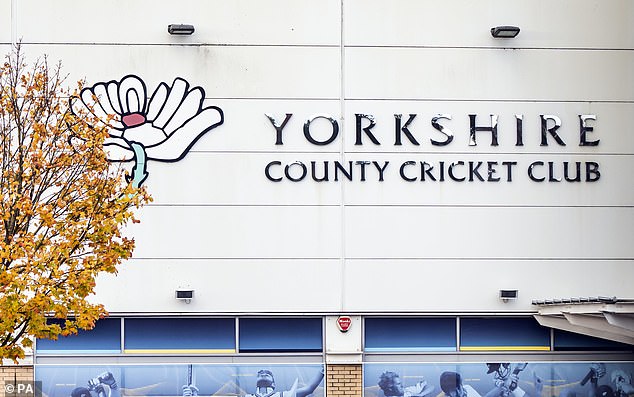 ‘I wanted to concentrate as much as possible on my cricket and avoid distractions to the detriment of the (England) team, but I can confirm Azeem Rafiq’s recollection of Michael Vaughan’s comment to a group of us Asian players.’

The England leg spinner’s statement was given to journalist George Dobell, who has described himself as a friend of Rafiq’s and has supported him since interviewing him in September 2020. At a DCMS Committee hearing last week, Dobell accused the Yorkshire Post of providing ‘the voice for the racist’ in their coverage of the Rafiq affair.

The ECB are due to hear the case next March, two and a half years since Rafiq first made his claims, although whether the hearing takes place is still unclear.

Rafiq has threatened not to appear unless the trial is in public, which led to a preliminary hearing last November at which the CDC ruled that an open hearing was allowed. Several defendants have appealed against that judgment, with the CDC yet to make a final decision.