What a way to start a new job! Wolfsburg are kicked OUT of the German Cup despite beating fourth-tier Preussen Munster 3-1 after Mark van Bommel made too many substitutions in extra-time… in his first game as boss

Wolfsburg have been thrown out of the German Cup for making too many substitutions during their first round victory over Preussen Munster on August 8.

The Bundesliga club needed extra-time to beat their opponents, with Josip Brekalo equalising in the final minute after Marcel Hoffmeier had put the fourth tier side ahead.

Goals from Wout Weghorst and Ridle Baku went on to give Wolfsburg a 3-1 victory in extra-time but the German Football Federation announced on Monday that they had overturned the result and awarded a 2-0 win to Munster. 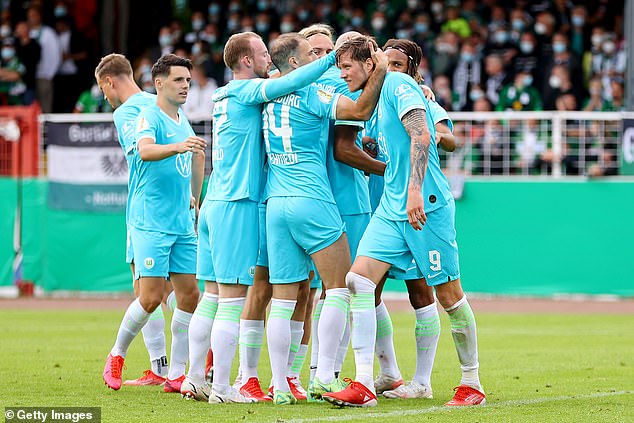 The decision was made due to Wolfsburg boss Mark van Bommel, who was taking charge of his first game, making six substitutions rather than the permitted five.

Stephan Oberholz, deputy chairman of the sports court, said: ‘The clubs themselves are responsible for substitutions. One of their basic duties is to find out about substitution options and to act accordingly.

‘Wolfsburg violated this duty and thus carelessly and avoidably committed the central error by making the illegal sixth substitution.’

Bommel made three substitutions in 90 minutes then another three in extra-time but the rules state only two extra changes can be made after full-time. 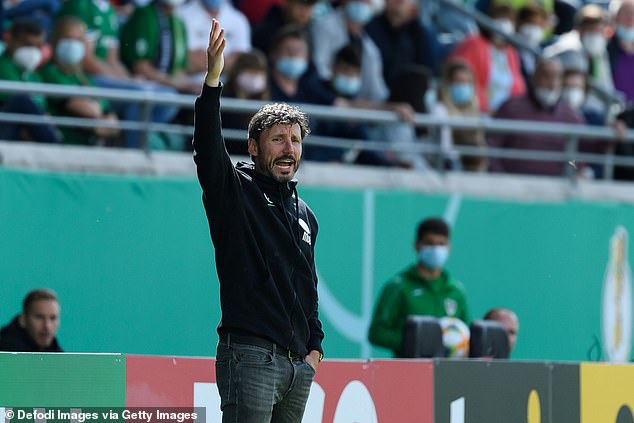 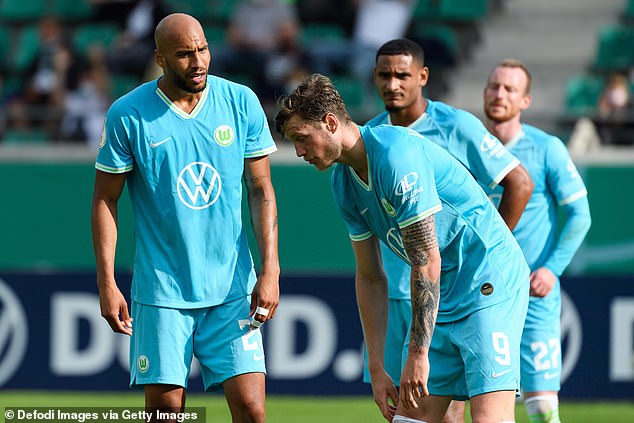 Oberholz said Wolfsburg could not blame the mistake on the referees who allowed the substitution becuase ‘the central initial error is club’s fault.’

Munster are set to play in the second round but Wolfsburg have insisted they will continue to challenge the ruling.

The club have attempted to make light of the situation by offering fans who bought five tickets for their Bundesliga game with Bochum a sixth ticket for free.