Joe Willock undergoes his Newcastle medical ahead of £22m move from Arsenal, with midfielder set to be available for opening game against West Ham on Sunday

Arsenal midfielder Joe Willock was on Tyneside on Friday morning undergoing a medical as he looked to complete his move to Newcastle.

The Magpies hope to sign the 21-year-old midfielder, who had a hugely successful loan spell at St James’ Park last season, in time to include him in their squad for Sunday’s Premier League opener against West Ham.

Speaking at his pre-match press conference on Friday morning, head coach Steve Bruce said: ‘He’s having a medical as we speak, so we hope that comes through okay and he’ll be able to train with us this afternoon.

‘We knew that we’d have to be patient. From the very last game of the season, we’d made it pretty obvious that if Joe was going to become available, then we would try to secure him.’

‘Obviously we explored the loan situation to begin with – because I think that would have suited certainly Joe and it certainly suited us – but when that wasn’t possible with Arsenal, then we’ve had to go and buy him, which is great for us.

‘There were times when I didn’t think it was going to happen, but fair play to [managing director] Lee [Charnley] and everybody concerned, we’ve managed to get it over the line.’ 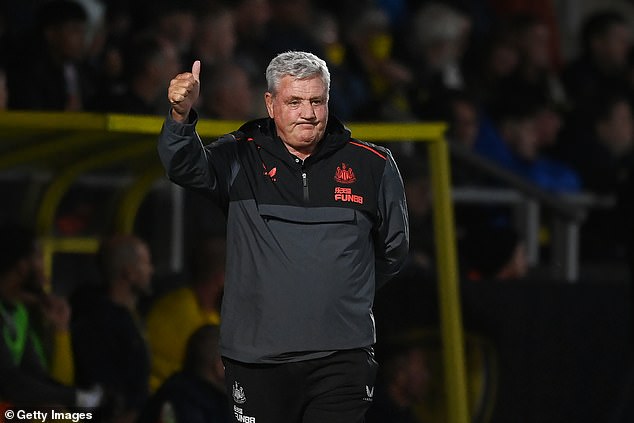