He couldn’t, could he? If Lionel Messi was to grace the Premier League, he would be available in Sky Sports Fantasy Football for just £13m.

However, it would make Messi is the most expensive player in the history of Sky Sports Fantasy Football – a fitting title for the player who has been hailed as one of the greatest players of all time.

Whether the Argentine will move to the English top flight or not remains to be seen, but for now we can speculate about such a player lighting up the best league in the business, and taking his probable place in 99.9 per cent of Sky Sports Fantasy Football sides.

For reference, the highest scorer in the game last season was Kevin de Bruyne, who racked up an incredible 273 Fantasy Football points, five ahead of Virgil van Dijk.

To put this into somewhat of a comparison, Sky Sports Fantasy Football looked at Lionel Messi’s ‘greatest’ ever season for Barcelona, with the mesmerising statistics leaving little illusion as to how easily he could break records within the game. Messi eclipses almost every record, aside from assists, with his goal tally alone accounting for half of his 500 point total. In the 2011/12 campaign, the forward notched more hat-tricks (8) than braces (7) – need we say any more?

He would come into Sky Sports Fantasy Football as the most expensive player at £13m, a whole £1m more than the current most-expensive player in Mohamed Salah. There is a clear gap, but if Messi was to play in the Premier League, could this price be considered a steal?

Whether it would be under Pep Guardiola of Manchester City or somewhere else, he could play almost every minute of every match, indicating some real value-for-money if he delivers anywhere close to a goal per 90 minutes, reinforced by expected goals statistics. 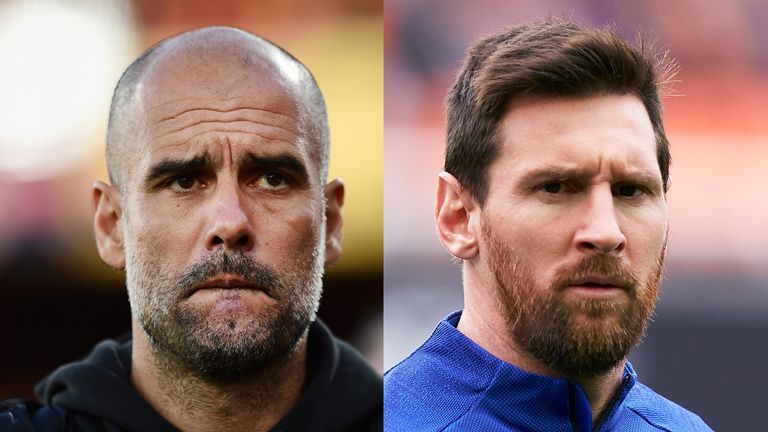 The one thing this would bring to the table would be the element of a challenge or decision-making within Fantasy Football, more so than normal. If you recruit his services, you would have an average of £8.7m per player for the remaining ten players. It involves sacrifice and tactical ability to fit Messi into your side, meaning you must budget somewhere else in your team. It could be done.