Manchester United will only unleash Hannibal Mejbri when he’s physically ready to cope with life at the highest level, reports say. The 17-year-old has been tipped to replace Angel Gomes in Ole Gunnar Solskjaer’s first-team squad next season. But the youngster may have to wait a little while longer to prove his worth.

According to The Athletic, United will only throw Mejbri into the mix once he toughens up physically.

The Premier League is a tough crack for many players to crack and, with the midfielder just 17, the Red Devils want to do everything they can to protect his development.

United have seen Gomes leave on a free transfer with the playmaker linked with Chelsea and Barcelona, having turned down the offer of a contract extension.

But Mejbri, as it stands, won’t be filling the void left behind by his departure.

United are currently blessed with midfielders, with all of them impressing under Solskjaer in recent times.

Paul Pogba has been reborn since returning from injury, with the 27-year-old shining in matches against Tottenham, Sheffield United, Norwich and Brighton so far.

Bruno Fernandes has performed well, too, ever since his arrival from Sporting Lisbon in the January transfer window.

Nemanja Matic is resurgent in the defensive midfield role, with the Serbia international winding back the years in the middle of the park.

And Scott McTominay and Fred have been much-improved following Solskjaer’s appointment as manager back in 2018.

Meanwhile, United coach Neil Ryan hailed Mejbri when asked about the teenage talent back in March. 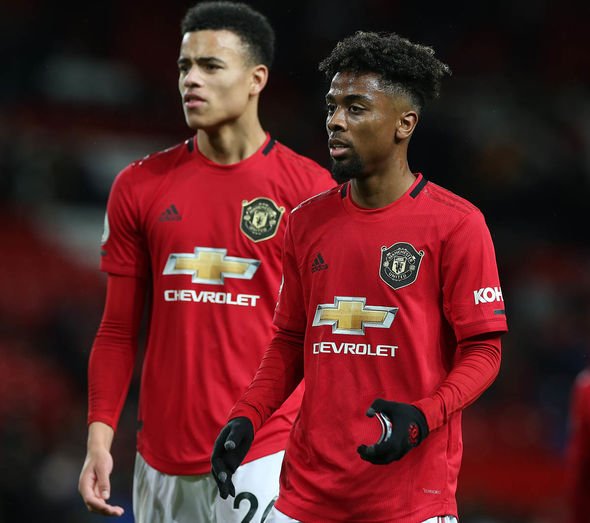 “He’s working very hard and like every young kid in the club, he is learning still and we are seeing some really positive things from him on the pitch.

“He is part of a group of boys who are trying to push on and develop.

“They are all at stages in their career and it’s not just him. It’s a group of 28-30 players. He is one of a number of boys we have high hopes for.”

United coach Nicky Butt also hailed Mejbri and admitted earlier in the year that he wanted to keep the playmaker under the radar.

“It’s hard to get him under the radar when we’ve chased him for so long and he’s come from a big club for a big fee, so that’s impossible,” Butt said.

“But you want to get young people under the radar because, coming from a different country and getting the price tag on your head and coming to one of the biggest clubs in the world, there’s going to be so much pressure in the first place.”

Regarding Gomes, it’s unclear where he’ll go next.

Both Chelsea and Barcelona have been touted as potential destinations for the 19-year-old.

But clubs from Italy and other areas of Europe are interested in snapping him up too.