Bruno Fernandes will do his homework on Manchester City to ensure he is fully prepared to face Pep Guardiola’s team. That is according to Dimitar Berbatov, who believes the Portuguese attacking midfielder gives Manchester United an extra dimension.

Fernandes has taken Old Trafford by storm since arriving from Sporting Lisbon for an initial £46.6million fee in January, scoring three goals and providing two assists in seven appearances.

He will line up in his first Manchester derby on Sunday (4.30pm) for a United team in a rich vein of form.

Berbatov told Betfair: “Bruno Fernandes is scoring and is full of confidence, he gives the team that extra creativity and hopefully his first derby will be a win, and why not. When you come into a new country and a new team you already know who your big rivals are going to be and now in the lead up to Sunday he is going to know what this game is all about.

“These days, even if you don’t watch football you know who Man City are and who plays for them. Fernandes will have done his homework and he will be prepared. These two teams know each other so well, some of them probably go for dinner together, you have these things, but when you step onto the pitch it’s about my team not yours. 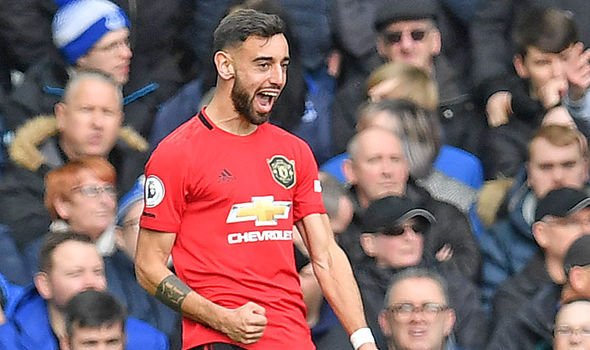 “I am feeling positive ahead of this weekend’s Manchester Derby, you can see there is a lot of spirit there at the moment, but it is true, this is a different game. City are not the same City from last season and they are suffering a bit in the shadow of Liverpool, which I’m sure has affected them as reigning champions. United can exploit this and take advantage of it because there are three points to take against them.

“Both teams will want to win this game, but are City thinking more about winning the Champions League now that they know the league is won? I don’t think they will want to lose against United before they host Real Madrid in a couple of weeks. For me this is a pretty even match and I think whoever makes the least mistakes will be fine.”

United are sweating on the fitness of Harry Maguire, who rolled his ankle in training ahead of Thursday’s FA Cup tie against Derby County.

“I wasn’t going to rest him today but I think he will be OK,” Solskjaer said.