Real Madrid are reportedly plotting a transfer raid for Arsenal youngster Matteo Guendouzi as Zinedine Zidane sees the 21-year-old as the ideal long-term replacement for Casemiro.

French outlet Le10Sport claim Real are keen on taking Guendouzi to the Bernabeu, while Barcelona are also keeping tabs on the midfielder’s situation.

Arsenal boss Mikel Arteta is plotting his own rebuilding job this summer and knows some players will have to be offloaded to free some funds.

The Spaniard is apparently open to letting Guendouzi leave the Emirates and would actively encourage a bid from Real.

Guendouzi has found himself in hot water over the past few days for his actions in the 2-1 loss to Brighton.

The Frenchman was mocking the opposition players for how much they got paid during the match.

Neal Maupay scored an injury-time winner then found Guendouzi’s hand around his throat during an altercation after the final whistle.

No punishment has been served to the Arsenal star as VAR spotted the incident and bizarrely decided no action should be taken.

That clash has not put off any potential suitors but has apparently made up Arteta’s mind that Guendouzi will be permitted to leave.

Arteta warned his holding midfielder about the club’s values following his clash with Maupay.

“More personal issues or behaviours, I like to deal with them on a personal level, in the dressing room, and don’t make them public,” Arteta said.

“It’s not about learning, it’s about experiencing certain things and some behaviours that you expect as a manager, as a club, to represent each other, and ways to show frustration or happiness. 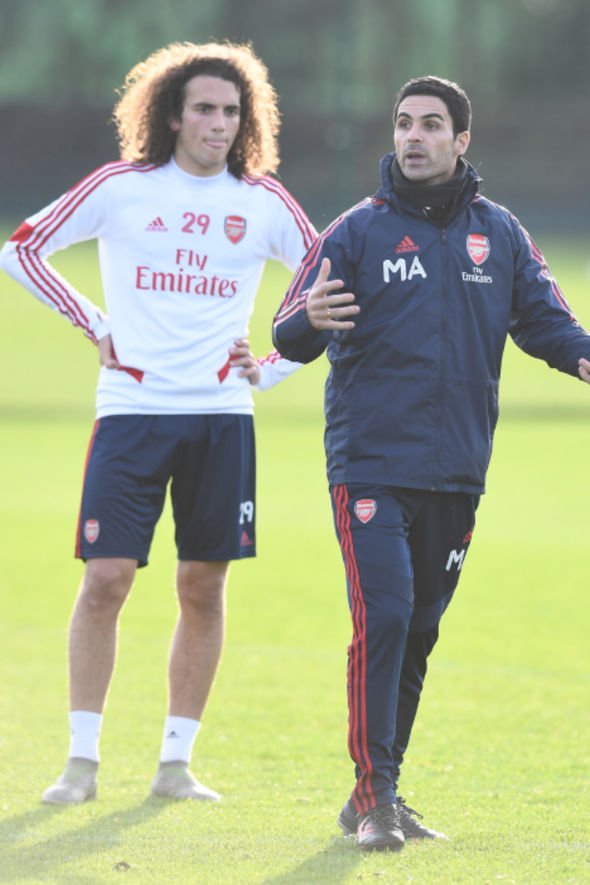 “We have so many different cultures in our team, they’ve been educated in different ways and I have to understand and accept that as well.

“But we need to know that we have a route, we have certain ways, we have some values and you have to be within that.”

It now seems the youngster will not see out the remaining two years of his Arsenal contract.