West Ham manager David Moyes is confident that star striker Michail Antonio will recover quickly after the 30-year-old was forced off in the 52nd minute of their 1-1 draw against Manchester City.

Antonio continued his brilliant year in the top flight as his excellent overhead kick in the 18th minute put West Ham 1-0 up, before Phil Foden ensured a share of the spoils with a 51st minute strike.

Since the Premier League restarted in June, only Tottenham’s Harry Kane’s 12 goals beats Antonio’s tally of 11, so it’s no surprise that the alarm bells rang when he walked off the field early on in the second half.

But Moyes has put West Ham supporters’ concerns at ease with the news that it’s only cramp.

‘I don’t think he is too bad,’ Moyes told BT Sport following the final whistle.

‘I think he’s feeling it is a bit of a cramp. I hope, because he is a key figure for us and does a great job.

‘It was a great goal and he has become really important to the team here.’ 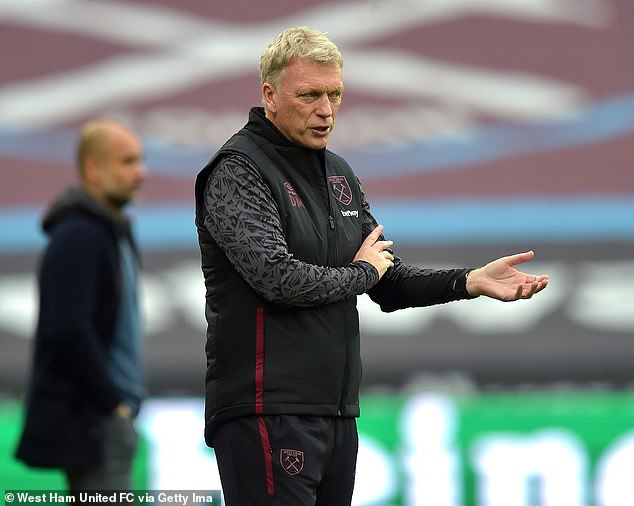 Antonio is just one of several West Ham players who have impressed in recent weeks, as they extended their unbeaten run in the league to four matches. They’ve only lost two of their last 10 – both of which came at the start of the season.

It was their first point against City since January 2016, which is even more impressive given the fact that the aggregate score between the sides in their eight previous games was a staggering 25-3.

On top of hammering victories against Wolves and Leicester City, they secured a last-gasp draw against Tottenham Hotspur last weekend. They’ve now scored 11 goals in their past four matches. 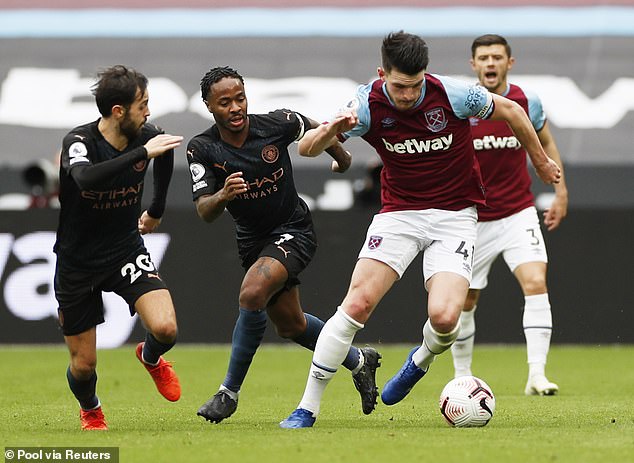 With the likes of exciting winger Said Benrahma still to come into the fold, there are plenty of positive signs for Moyes, who’s yet to decide his future at the club with his contract set to run out at the end of the season.

‘There’s no doubt the confidence the players have taken (from recent matches). The way they have been playing and have trained, they’ve been very good,’ Moyes said.

‘I’m really pleased. It was tough in the last 20, 30 minutes, but we were still a threat. When we lost Michail then it changed slightly, but overall I’m really pleased we took a point from the game.’