Free-scoring Newcastle United are into the quarter-finals of the FA Cup – now there is a statement that requires a double-take.

But there you have it, not since 2006 have the Magpies made it to the last eight and they are now just one game from a first Wembley appearance in 20 years.

With it they are the competition’s top scorers, an oddity given they have the lowest return in the Premier League.

The caveat to that 11-goal haul, of course, is that they needed two replays against League One opposition to get this far, but what a relief the Cup is proving when offset against their dismal league form.

It would not be Newcastle without a scare and a three-goal lead was shrunk to one in what proved to be a fraught final quarter of an hour.

Not that Steve Bruce will care. He needed this after four league games without a goal. There were also 5,000 expectant away supporters here inside The Hawthorns, and they would not have taken kindly to defeat.

Come the end, though, they were singing about Wembley, even if they had watched through their fingertips during the closing stages. 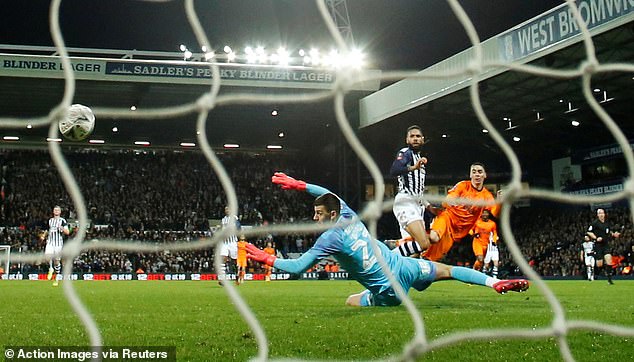 Yes, progression was achieved at the expense of a West Brom side that showed 11 changes and included 39-year-old Gareth Barry, but Bruce believes it can be a catalyst for their flagging campaign.

The head coach said: ‘It can be a tonic. Make no mistake, the Premier League is the most important, and this can only help, we’ve had a difficult time.

‘It wouldn’t be Newcastle United without a drama and, in the end, we made hard work of it. But for a large period I was delighted and I’m delighted for the supporters.

‘We are a quite unique club, a 400-mile round trip and to have over 5,000 here is fantastic. This a great competition, now we’ve got this far let’s go further.’

Miguel Almiron proved the difference between the sides with two goals to bring his Cup tally to four this season – he has two in 13 months in the league – and Bruce was rewarded for fielding just about his strongest side. 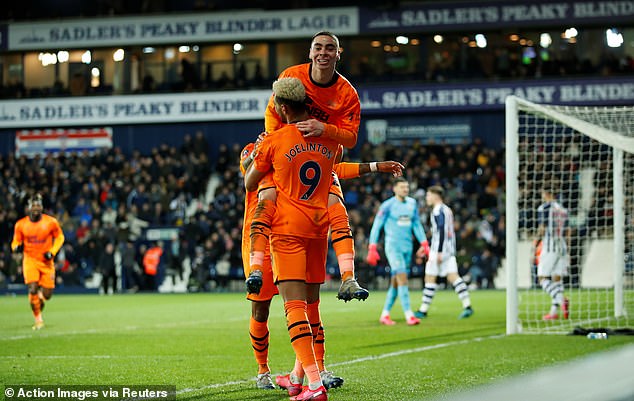 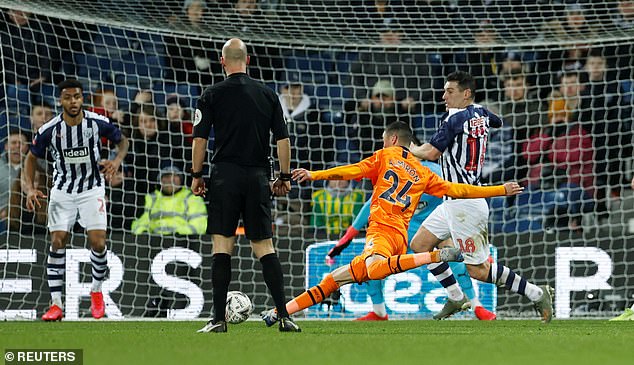 Allan Saint-Maximin was included from the start despite the manager stating on the eve of the game he was a major doubt with hamstring and back issues. The winger, we are told, felt fit to start all along.

And it was Saint-Maximin who laid on Almiron’s opener with a trademark forward burst and slick through-ball that was gratefully swept into the far corner by the Paraguayan.

Earlier, Saint-Maximin smashed the post from 35 yards as Newcastle enjoyed much the better of the first half.

The period climaxed with Almiron’s second in stoppage-time as he lashed into the top corner from Joelinton’s clever back-heel.

It was three just 75 seconds after the interval when, from Saint-Maximin’s cross, goalkeeper Jonathan Bond pushed the ball onto the incoming Valentino Lazaro and the Inter loanee bundled in his first for the club.

West Brom’s Matt Phillips swiped home what looked nothing more than a consolation on 74 minutes. 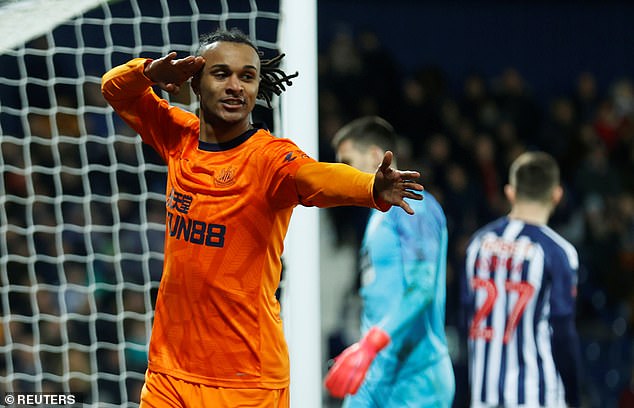 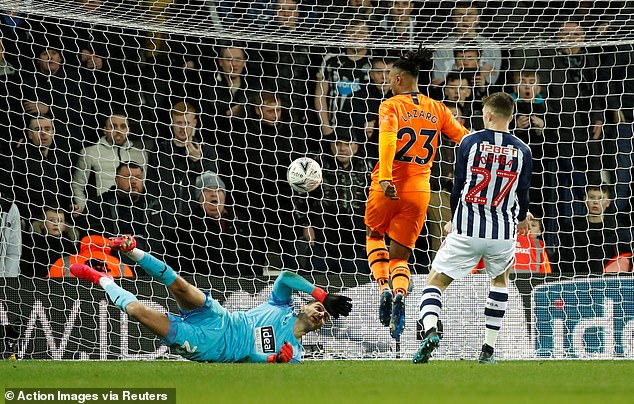 But with Almiron and Saint-Maximin withdrawn the visitors retreated, repeatedly squandering possession and inviting pressure.

The belated home dominance told when substitute Kenneth Zohore poked in during injury-time and still they pressed for an equaliser.

Boss Slaven Bilic said: ‘I was so pleased with how we reacted late in the game, we just ran out of time.’

It was not to be for West Brom. Perhaps it is meant to be for Newcastle in the FA Cup this season. 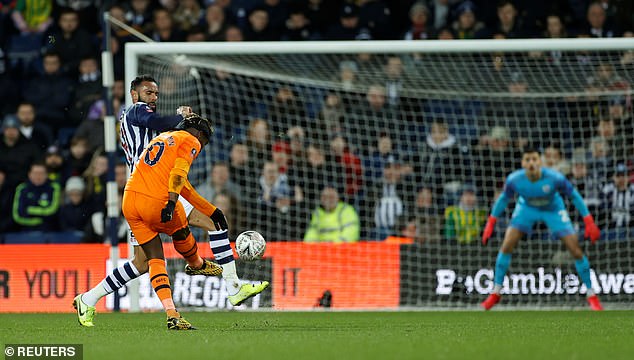 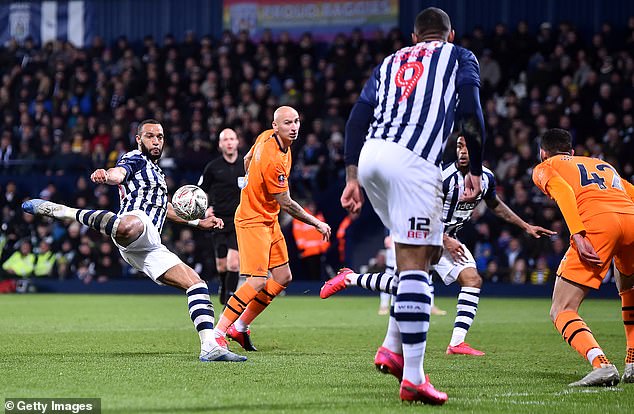 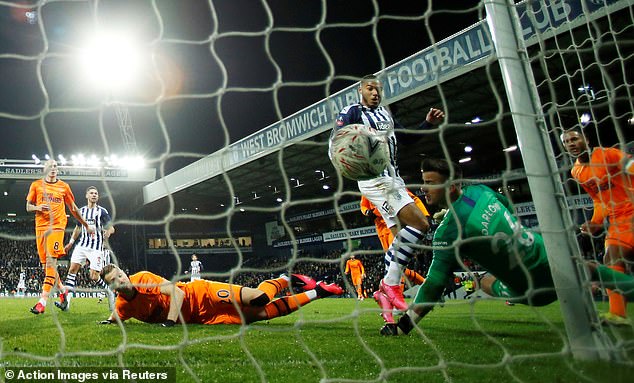 Substitute Kenneth Zohore made it 3-2 with seconds remaining, but Steve Bruce’s side held on