How many players does it take to replace Jack Grealish? Nobody really knows. Nineteen goal involvements was the void. Aston Villa reckoned three.

With the £100million coughed up by Manchester City for Grealish, in came Emiliano Buendia, Leon Bailey and Danny Ings. Only, it’s really not quite so simple to replace the heartbeat of a side, the captain, and the poster boy. Here was a perfect case in point.

If this is the pilot episode of Life Without Grealish then Dean Smith has plenty of work to do to turn this into a thriller, and not a horror, for their supporters. 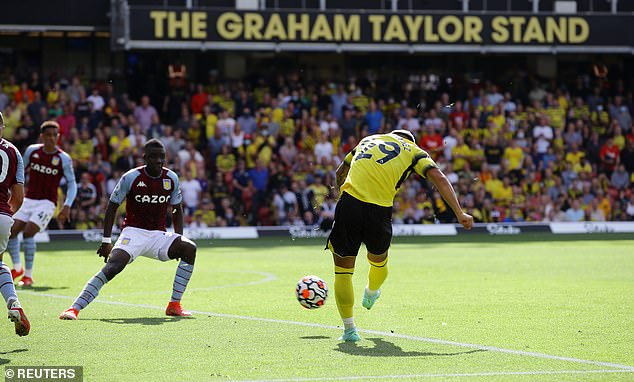 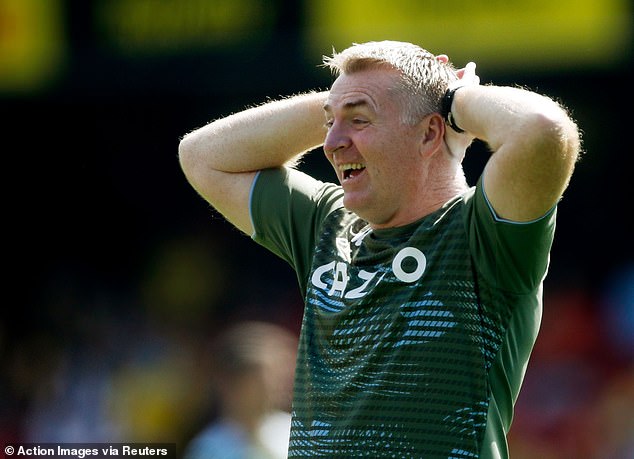 Credit Watford boss Xisco Munoz, too. Watford had the best home record in the top four tiers of English football last season and he stuck to his guns, refusing to bow to the experts who have Watford in many a predicted bottom three for the season. They attacked – and it reaped reward.

If they can keep Ismaila Sarr then Watford have every chance of making a success of this campaign. He’s a delight to watch, toying with his markers like a cat and a ball of string. He embarrassed Matt Targett so much that Smith had no choice but to hook the left back at half-time. He was likely grateful to be taken out of the firing line.

Sarr finished with a goal and assist but it could – and should – have been more. Good luck getting the Senegalese out of Watford on the cheap. 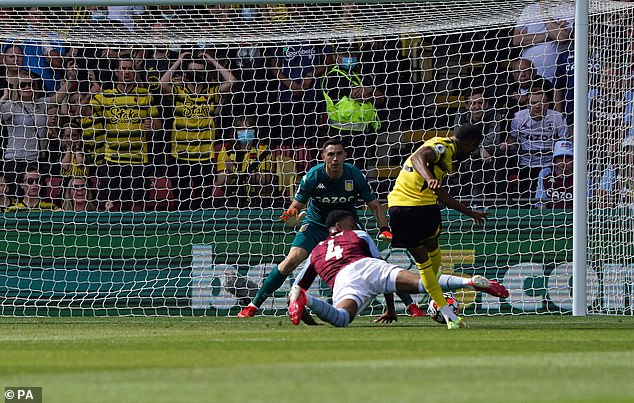 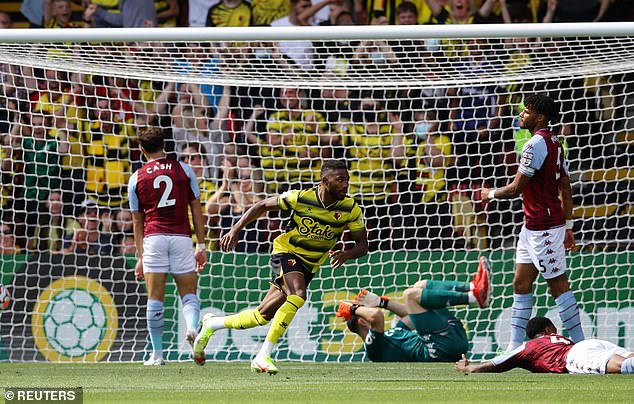 The atmosphere was gladiatorial as the teams emerged. How Graham Taylor, who managed both of these teams and had this match dedicated to his legacy, would have relished this sort of occasion.

There was the pantomime element, too, with Ashley Young, who made his name as a youngster at Watford, booed on every mention by the home fans. It was good to be back.

It was Watford, who had Emmanuel Dennis, Peter Etebo and Juraj Kucka all making debuts, who started quickest, immediately pushing Villa back.

Targett was being forced so far back he could quite easily have found himself among the away support.

It took 11 minutes for Sarr to add the final ball to his mazy running, picking out Dennis who, at the second time of asking, slotted past Emiliano Martinez from seven yards out. Cue the eruption. If anyone needed a reminder then here it was, football really was a shell of itself without fans. 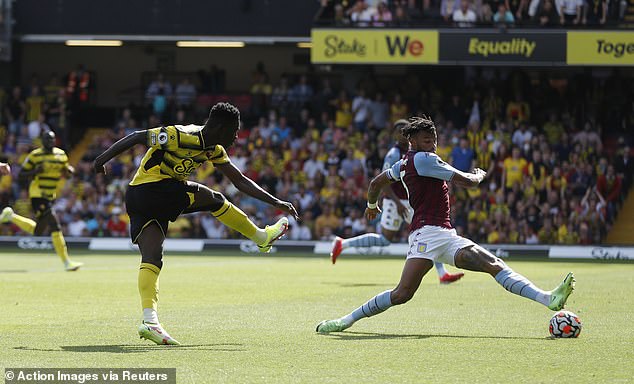 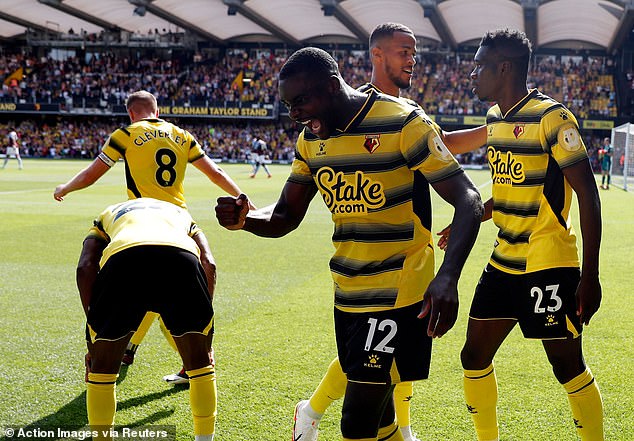 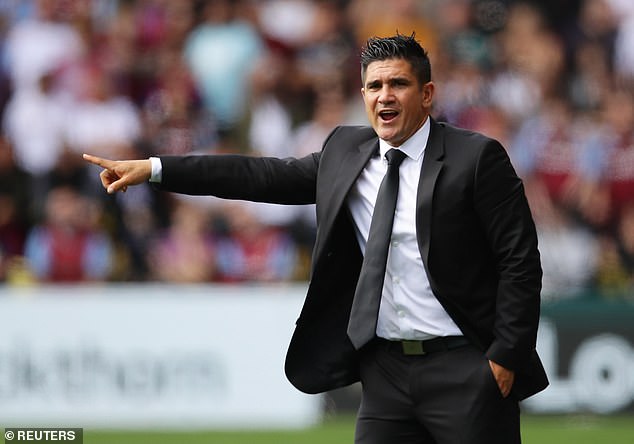 Villa looked shellshocked when they really shouldn’t have. Watford were dominating all over the pitch. Goalkeeper Dan Bachmann likely won’t get a more comfortable 45 minutes than the first half here.

No lessons were learned on the fly it seemed. Again came Sarr, this time Ings and then John McGinn his victims, both trying to alleviate some of the punishment being handed to Targett.

Then, just as Villa appeared to be getting to the break with damage at a minimum, away went Sarr. Deep inside his own half he raced away with the speed of a Looney Tunes character to break away with Dennis, who obliged in playing him through on goal.

Tyrone Mings, Villa’s new captain, knew it was a race he was never going to win and as they reached the box he could only stretch to deflect Sarr’s strike into the far corner. 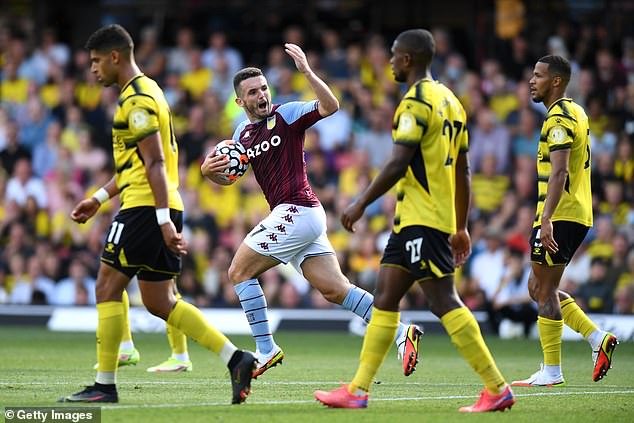 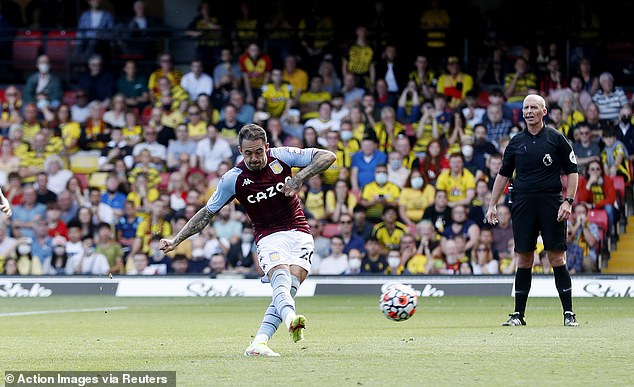 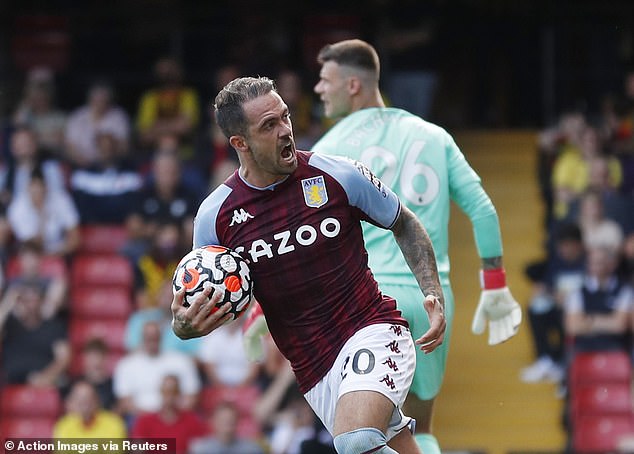 Off went Targett at half-time, Young shifted to left back and Jacob Ramsey on to freshen up the attack.

Young’s experience halted Sarr but that was just one of multiple battles all over the park Villa were losing and when Cucho Hernandez, on for his Premier League debut, curled a sublime strike into the corner just 30 seconds after being introduced. Villa’s players stood mouths agape at the collapse.

Watford fans were still celebrating when McGinn fired in a cross from Bailey, thrown on from the bench with 30 minutes to go.

A penalty from Ings with seconds remaining came too late to give Villa any real hope of spoiling the party.