Real Madrid forward Gareth Bale is unlikely to return to Tottenham Hotspur for another loan spell next season. The 31-year-old reportedly told Spurs of his decision to leave for good ‘weeks ago’ amid speculation over his future.

According to The Athletic, Tottenham were made aware of Bale’s intention to steer clear of the club before Euro 2020 got underway.

Carlo Ancelotti emerging as Zinedine Zidane’s surprise successor this summer may have increased the likelihood of Bale’s Read Madrid stay.

The Welshman has previously admitted he gets on ‘really well’ with Ancelotti, who he won both the Champions League and Copa del Rey under.

Bale played a significant role in those trophy wins, scoring in both finals against Atletico Madrid and Barcelona, respectively.

Spurs, still without a manager two months after sacking Jose Mourinho, could be in trouble if Bale doesn’t extend his loan.

The 31-year-old and Harry Kane played crucial roles this season, but the latter is seemingly desperate to leave for Champions League football and silverware.

Both players departing would leave Son Heung-min as the only top-class attacker in the club’s ranks with the 2021/22 campaign fast approaching.

Both Kane and Bale are currently involved with this summer’s European Championship, so either star’s futures will be resolved until mid-July at the earliest.

Speaking ahead of Wales’ Euro 2020 campaign, Bale explained that he’d address his club future after the tournament’s conclusion.

He said: “Obviously, there’s been a lot of things written about whether I’m doing this and doing that.

“For me, the main thing is I don’t want to say anything that’s going to cause more chaos or more drama or cause a distraction. I just want to focus on the Euros.

“I don’t want to say anything that is going to cause any problems on what I am doing or what I am not doing.

“When the Euros finishes for us then I will sit down and decide what I want to do.” 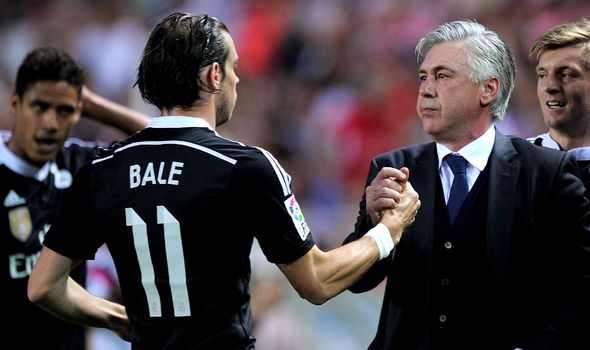 Bale has enjoyed a mixed Euro 2020 campaign so far. The Wales captain blanked in the 1-1 draw against Switzerland to kick off Group A but provided both assists in Wednesday’s 2-0 win over Turkey.

He also missed a penalty in that game but should be leading his nation into the knockout stages with four points already on the board ahead of tonight’s clash with Italy.

With Ancelotti once again at the helm, there will be a place for Bale in his plans at Real next season.

His second stint at Spurs was an individual success, but the north London club will likely have to do without him from now on.