Theo Walcott believes Sol Campbell deserves to have a statue built outside the Emirates Stadium for everything he achieved at Arsenal.

Campbell shocked the world in 2001 when he left boyhood club Tottenham on a free before making the highly-controversial short trip across north London to join arch-rivals Arsenal.

The move garnered Campbell so much hate from the Spurs fans that he is still often vilified to this day for making the switch 20 years ago. 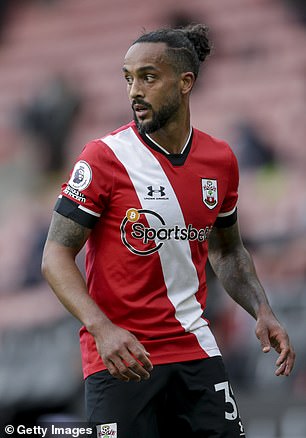 However, the move turned out to be the correct one for Campbell and Arsenal, with the defender going on to win two Premier League titles and two FA Cups during a five-year stint at the club.

The 46-year-old was also a part of the Gunners famous Invincibles side and is heralded as a club legend on the red side of north London.

While Campbell’s legacy is set in stone, ex-Arsenal star Walcott, who played with the iconic defender in his final season at the club, feels he never had the acknowledgement his game warranted and should be immortalised outside the club’s home ground. 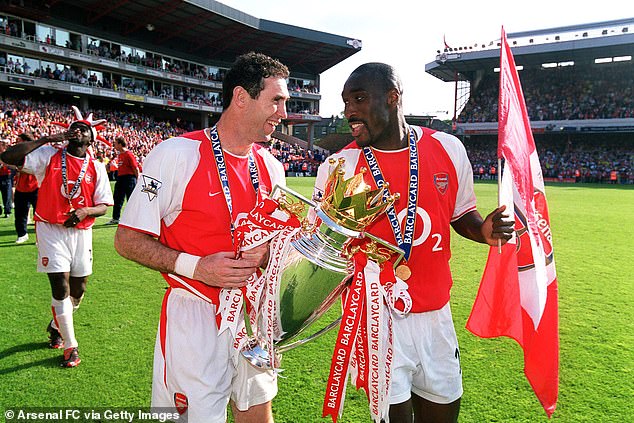 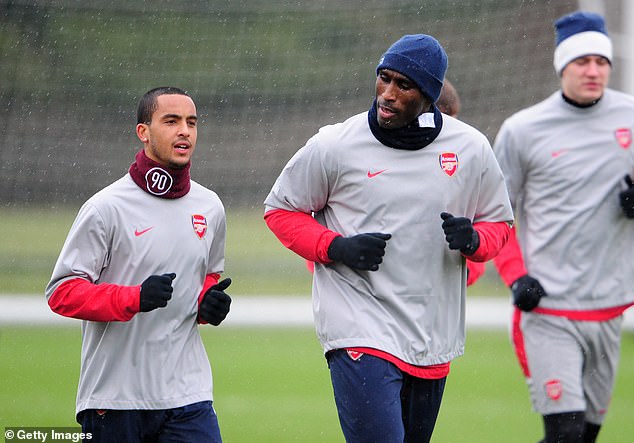 Arsenal already have statues of Tony Adams, Dennis Bergkamp, Herbert Chapman, Ken Friar and Thierry Henry outside the Emirates, but Walcott insists room should be made for Campbell.

‘It’s hard to compare Sol to people like Thierry. Lots of people look at strikers, they always do,’ Walcott said in the talkSPORT documentary, Being Sol Campbell.

‘But Sol, for me… the fact he’s gone from Tottenham and the amount of stick he got moving to Arsenal and then wins everything and scores in the Champions League final.

‘He would rank just below Thierry, because of Thierry being my idol and what he did for me. Sol was 100 per cent more of a leader than Thierry. I’m quite surprised that Sol hasn’t got a statue as well, because that’s the kind of impression he brought to Arsenal.’

While Campbell achieved great things at club level – including a Champions League final goal against Barcelona in 2005 – he also represented England on 73 different occasions and was part of the Three Lions’ ‘Golden Generations’. 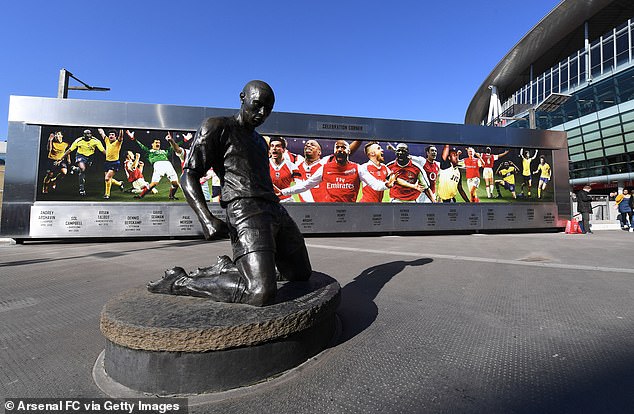 Of those 73 caps, Campbell only captained his country three times, which Walcott was left bemused by.

Walcott aded: ’73 caps and to captain your national team three times is embarrassing. I don’t get it.

‘Whoever is captain, yep in their own right may be good. For me, there was no better leader than Sol because he left everything on the field.

‘Every time we came out of a game his whole kit was drenched and mud everywhere, his face had blood on it. That’s how much it meant to him, to only captain England three times, for me, is really frustrating and really hurts. He should have captained many more occasions.’