Patrick Vieira has warned his Crystal Palace players against thinking Chelsea will be mentally shot after Tuesday’s exertion in Madrid.

The Blues were knocked out of the Champions League by Real Madrid in extra time following a valiant effort in overturning a first leg deficit.

Attentions now turn to the FA Cup, their last hope of claiming silverware this season, and a semi final meeting with a rejuvenated Palace.

Vieira, who is unbeaten in his last 19 FA Cup matches as a player and manager, believes it would be ‘the biggest mistake’ Palace could make in expecting an undercooked Chelsea.

‘I don’t have any doubts,’ Vieira stated. 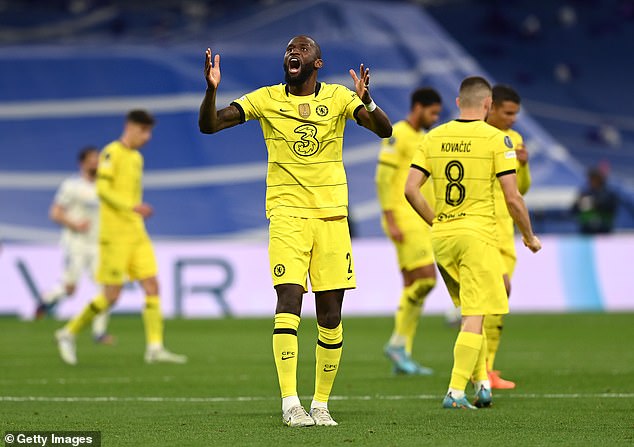 ‘They are not going to have any kind of mental questioning about turning up or not.

‘If we are thinking that mentally they will be disappointed about the Madrid game, or the Madrid game having an impact on them, that is the biggest mistake we can make.

‘Those clubs, those players they aim to win something every year and of course the FA Cup is what’s left on the table and they will do the maximum to try to win it.’ 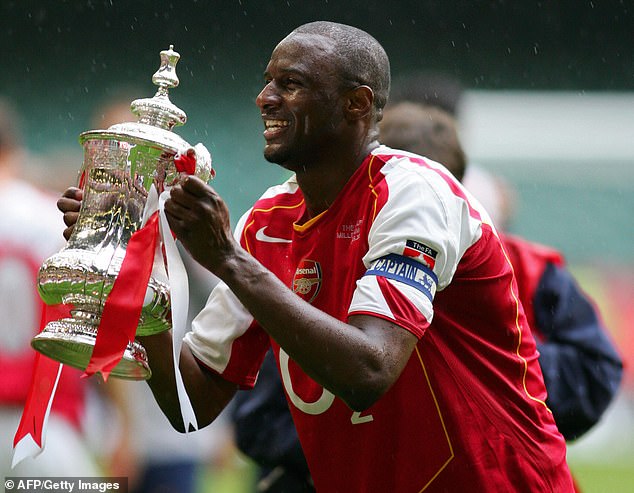 Vieira won the competition on four occasions as a player during his nine years at Arsenal and says he will feel an immense sense of pride in leading out a team as a manager at Wembley.

‘Of course there is pride as a manager to work the team through to a semi final,’ Vieira explained.

‘There is excitement as well but I will be the same as the players. It will be my first game at that level and I will have to, of course, control the emotion, the excitement because that will have an impact on the players as well.’