‘It should NOT be unusual to see a black referee’: Uriah Rennie – the Premier League’s last black referee who retired TWELVE years ago – pleads for ‘action’ to increase diversity of football officials

Uriah Rennie, the Premier League’s last black referee, has said it is time ‘words are matched by action’ to increase the diversity of officials.

Not one of the 79 referees on this season’s national list — from which all top-flight and EFL officials are drawn — is from a BAME background even though around a quarter of players in England’s top four divisions are non-white.

Despite talk of change by the FA, Rennie fears it is still some way off because of the ‘ingrained’ cultural habits of football’s power-brokers. 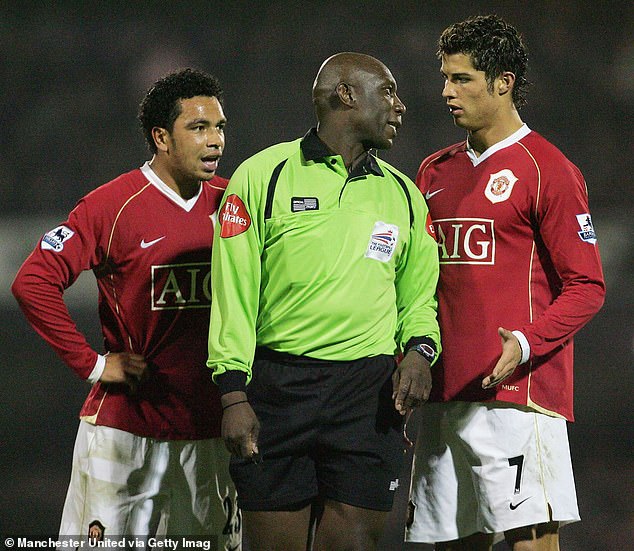 Rennie, 60, won election on to the FA’s referees’ committee last summer and is now aiming to improve ‘equality of opportunities’ from the inside, having grown frustrated at a lack of progress since he retired in 2008.

He told Sportsmail: ‘We need to ensure words are matched by action so we see more people of different diversities in football. It shouldn’t be unusual to see a female referee or a black referee or someone with a disability.

‘I want to break down the barriers to provide equality of opportunities to all of our disadvantaged groups, who at the moment don’t have the opportunity to achieve their potential.

‘I want to make sure that people have at least the same opportunity that I supposedly had. But more importantly, that everybody has the same opportunity in the community so nobody is disproportionately affected purely because of who they are or the colour of their skin.

‘This endgame will be the longest game I have played because things that have been ingrained in the decision-makers for such a long time are not going to take just two days to overturn.’

Phil Prosser, a black former EFL referee, says a lack of role models at the top end of the game is putting off potential talent, pointing out that there has never been a black referee in the Champions League. 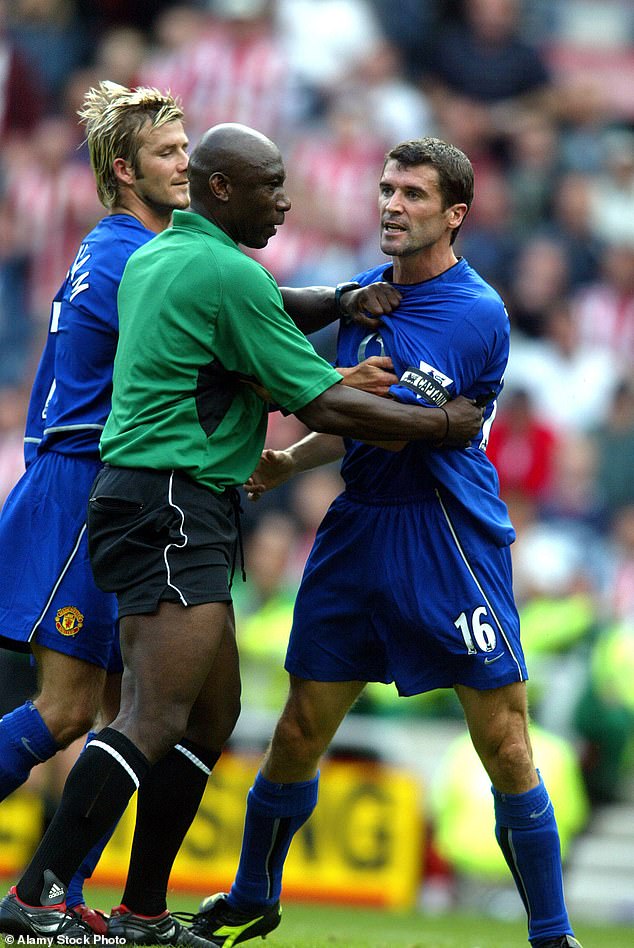 Rennie said ‘it shouldn’t be unusual to see a female, disabled or a black referee’ in football

Prosser, who retired in 2007 and is now BAME ambassador for charity Ref Support, said: ‘When I was coming through the system, Uriah Rennie was at the top so I could see Uriah and think, ‘Well I can do that’. But if there are no role models at the top, it is difficult to see yourself at the top. If you see perceived barriers to progression then that could be putting off some of the talent.

In 2012, the FA set a target of having 10 per cent of referees from BAME backgrounds by 2016. But Sportsmail understands that target was downgraded in 2018 and last year just 9.4 per cent of referees at all levels were BAME, and a large number of those were white Eastern Europeans.

Prosser says the FA are not doing enough to encourage black referees at a grassroots level. He told Sportsmail: ‘I don’t see the encouragement for a black man to become a referee. I don’t see any initiatives. It does worry me. There seems a reluctance to engage.’

Prosser suggests courses could be established specifically for black referees. ‘We have a fantastic pathway now for the women’s game and they have women-only courses,’ he said. ‘We don’t have that for black faces. We are missing a trick. 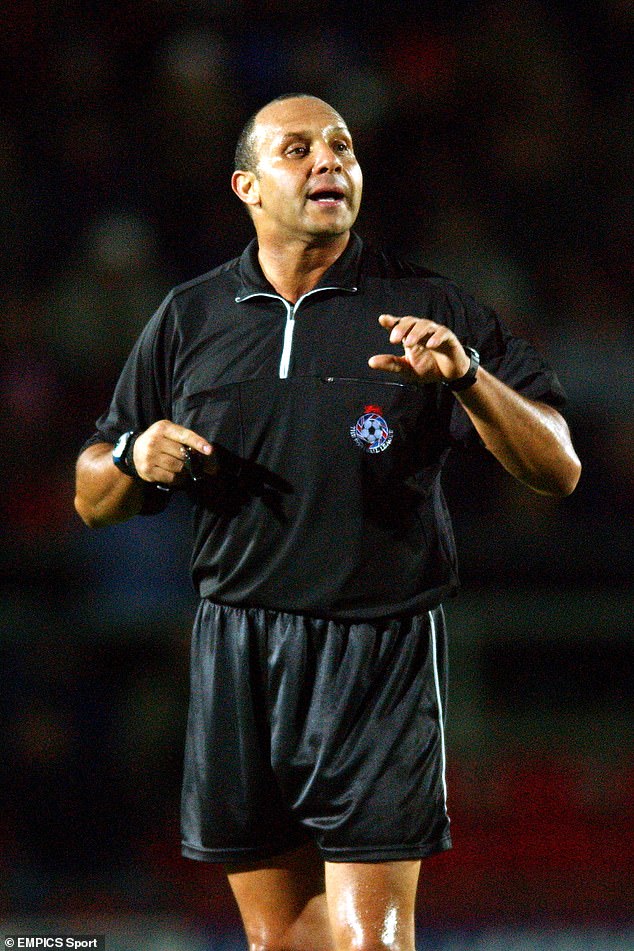 ‘It’s no good saying you are an inclusive organisation when for one protected characteristic you run a specific pathway and courses, and for another you just dismiss it out of hand. We need some black-only referee courses and we need some black role models on those courses mentoring and coaching those referees.’

Ref Support chief executive Martin Cassidy says it is a ‘wasted opportunity’ that Rennie has not been offered a job by the FA in the 12 years since he stopped refereeing, and is only now in a position to make a difference having put himself forward for election. 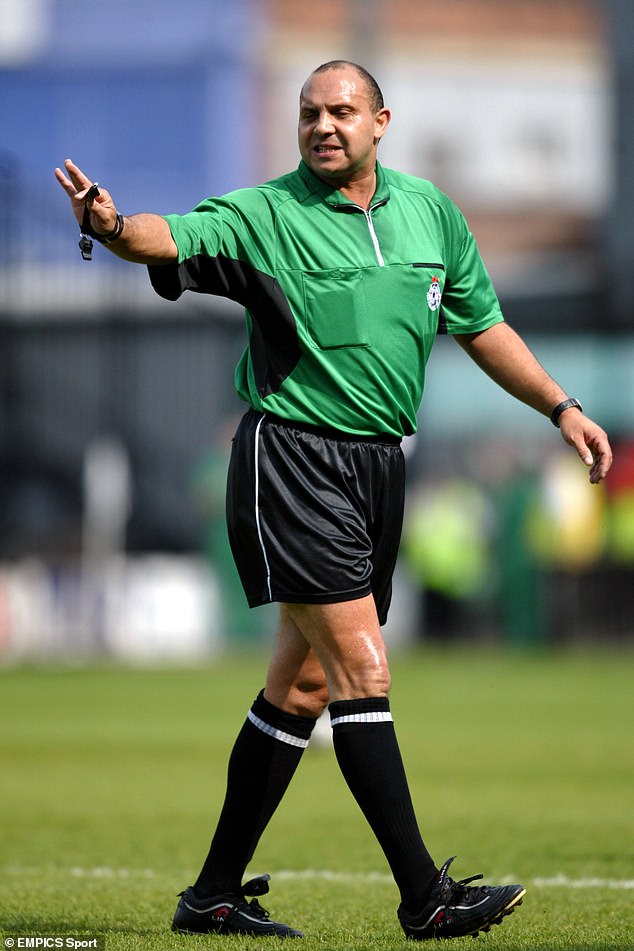 Elleray was forced to apologise after telling Robert McCarthy, a black referee coach, he looked ‘rather tanned’ and asking him if he had ‘been down a coal mine’. But Elleray remains chair of the FA referees’ committee. Cassidy said: ‘It didn’t go any further than what we perceived as a slap on the wrist. We don’t think that helped the recruitment of BAME referees.’

The Referees’ Association, which represents almost 12,000 officials of which 11 per cent are BAME, say the lack of diversity at the top end stems from a lack of funding in referees at a grassroots level. RA chairman Paul Field said: ‘This is a 10-year project but it needs proper resources. The flow of referees starts at a county level but it comes down to money. When you have a recruitment strategy that is underfunded and supported by volunteers who are often white middle-aged, the whole dynamic is difficult.

‘If the FA are serious, they need to put their hand in their pocket and recruit people. If you want to crack Birmingham, for example, you need dozens of people from all persuasions to break down these local community roots.’

An FA spokesperson said: ‘We remain committed to ensuring the diversity of those officiating is better reflective of modern society. Our wider equality, diversity and inclusion plan, ‘In Pursuit of Progress’, highlights our commitment to creating better opportunities for BAME people.’

The Professional Game Match Officials Limited said they are rolling out a programme of experiential learning opportunities for BAME officials next season.