UEFA president Aleksander Ceferin has explained there are three options to restart the current football season but fears it could be “lost” if the campaign can’t be resumed by the end of June, despite a new report claiming the Premier League will return in July. European football leagues have been temporarily suspended due to the ongoing coronavirus pandemic.

Governing bodies of European football have been in constant discussion over the past weeks since the suspension of all top league action.

A clear topic has been whether or not the current season can be finished while the question remains on whether games will be played behind closed doors to prevent mass gatherings in stadiums.

It has been reported the Premier League reached an agreement to complete the season in July with games being played behind closed doors.

But Ceferin’s comments suggest there are other plans on the table for those around Europe.

JUST IN: Chelsea release statement with deadline for new stadium plan to expire

And the 52-year-old suggested one option could be resuming the current campaign at the start of next season.

“Nobody knows when the pandemic will end,” he told Italian newspaper La Repubblica.

What Man Utd insiders think about Kieran McKenna amid complaints

“If then we wouldn’t be able to do any of these, the season would probably be lost.

“There is also the possibility of ending this season at the start of the next, which would then be postponed, starting a little later.

“We’re in touch with the leagues, the clubs, there is a working group and we’ll see what solution is best for all. We have to wait, like any other sector.”

It looks increasingly likely that if football does return this summer then fans will likely not be in attendance in the stadiums. 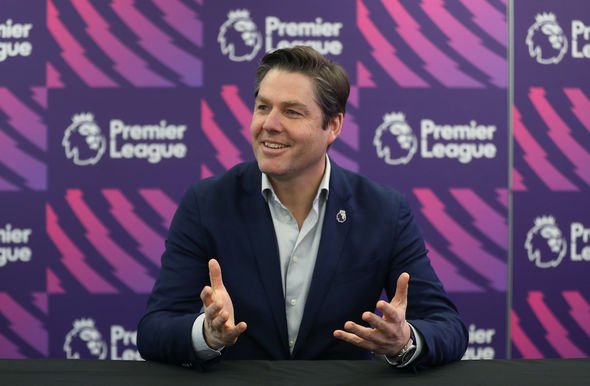 But Ceferin has suggested it would be a possibility if it came down to the leagues being finished or not.

“It’s hard for me to imagine all the matches behind closed doors, but we still don’t know whether we’ll resume, with or without spectators,” he added.

“If there was no alternative, it would be better to finish the championships anyway.

“But I can say that I don’t think about the finals of the European club competitions behind closed doors.”