European football’s in lockdown, clubs are losing millions.. yet bungling UEFA find the time to formally decide Euro 2020 is keeping its name (even though it’s now being played entirely in 2021!)

Fans were left scratching their heads on Friday after UEFA bizarrely announced they will still be calling their showpiece tournament Euro 2020 despite it being postponed by a year.

The decision was made earlier in the week to postpone the summer tournament – now set to be played between June 11 to July 11 in 2021 – due to the coronavirus pandemic decimating the football calendar.

While UEFA have bigger fish to fry at the moment to ensure the future of football remains in tact because of the coronavirus pandemic, they have instead strangely decided to formally let fans know that they will be keeping Euro 2020 as the tournament’s name. 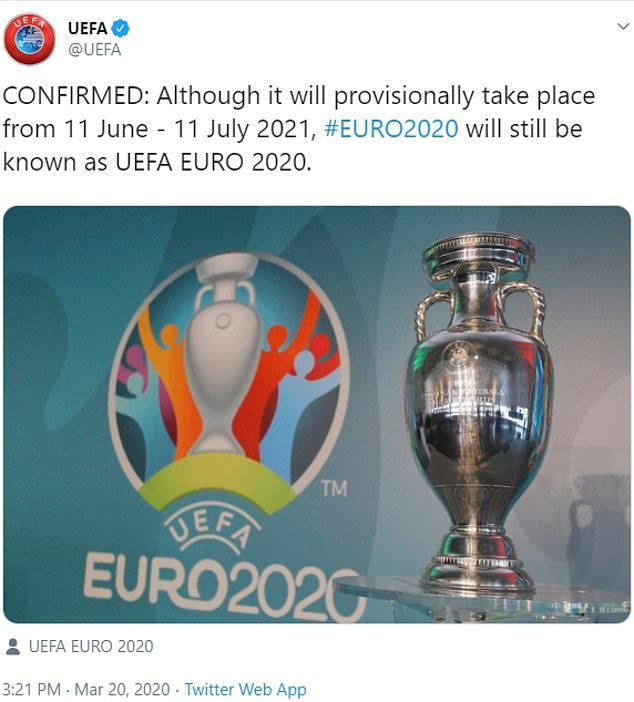 On Friday, UEFA formally announced that Euro 2020 will be keeping its name next year

In a social media post on Twitter on Friday afternoon, it was officially announced: ‘CONFIRMED: Although it will provisionally take place from 11 June – 11 July 2021, #EURO2020 will still be known as UEFA EURO 2020.’

European football’s governing body made the tricky decision to push back the Euros during an emergency video conference on Tuesday, involving all major stakeholders.

In a statement released on Tuesday afternoon, UEFA stated the postponement was because they are giving priority to ‘completing domestic competitions’.

The announcement was inevitable as domestic leagues and footballing authorities are desperately searching for ways to finish their respective seasons with so much as stake for many clubs, while the outcome of the Champions League and Europa League also still needs to be determined. 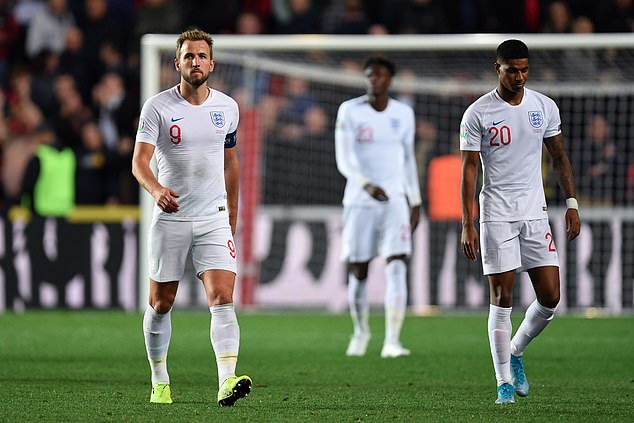 In delaying Euro 2020, UEFA also insisted they wanted to avoid ‘placing any unnecessary pressure on national public services’ of the 12 host cities.

‘We are at the helm of a sport that vast numbers of people live and breathe that has been laid low by this invisible and fast-moving opponent,’ said UEFA president Aleksander Ceferin.

‘It is at times like these, that the football community needs to show responsibility, unity, solidarity and altruism.

‘The health of fans, staff and players has to be our number one priority and in that spirit, UEFA tabled a range of options so that competitions can finish this season safely and I am proud of the response of my colleagues across European football.

‘There was a real spirit of co-operation, with everyone recognising that they had to sacrifice something in order to achieve the best result.’ 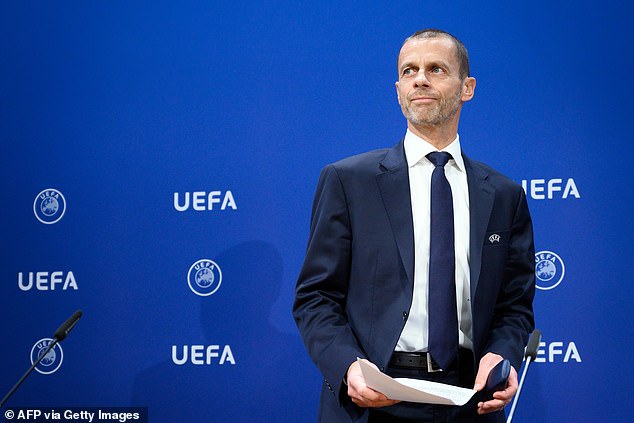