‘I would support any player who decided they did not want to come back’: Andros Townsend’s father fears players are being made to take unfair risks during the coronavirus pandemic as the Premier League seeks to resume

Troy Townsend, the father of England international Andros Townsend, says he is deeply uncomfortable about the prospect of competitive football returning in England next month.

Mr Townsend, who is Kick It Out’s head of development, fears players are being made to take unfair risks during the coronavirus pandemic as the Premier League seeks to resume the 2019-20 season next month.

His son, 28, had made 16 appearances for Crystal Palace before the campaign was suspended two months ago due to the outbreak of Covid-19. 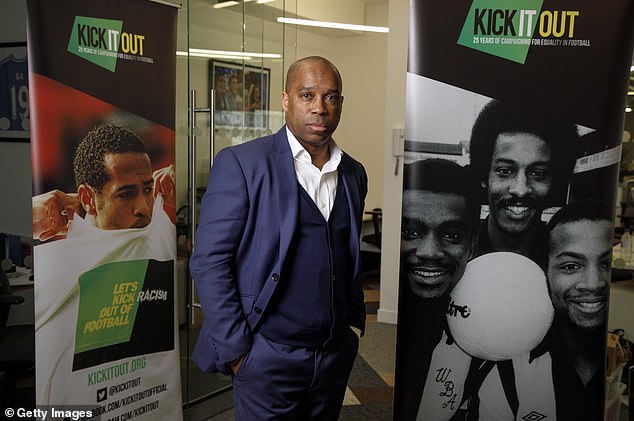 One of those hurdles was cleared on Monday as the Government gave the green light for sporting events to take place from June 1, behind closed doors.

‘I am a parent and I am worried too,’ Townsend told Sportsmail. ‘My son is a player and he has a family – you are exposing players so much. God forbid any one of them was to pick anything up.

‘I know of players whose parents and in-laws live with them. You have to ask “What are we doing?” They are possibly exposing the older generations to being infected. ‘Playing the games should not be the most important thing. If Andros went back, every time he made contact with another player during a game, we would all be concerned. Imagine the number of players’ families who will feel the same way.

‘We understand that many people want to get back to playing but there is a risk involved in doing that. I would support any player who decided they did not want to come back, because of that risk.

There have been more than 30,000 deaths from Covid-19 in the United Kingdom. Sport has largely been suspended around the world since March, though this weekend the German Bundesliga hopes to be the first major football competition to return to action.