Tottenham are plotting a surprise move to sign Antonio Rudiger from European champions Chelsea, reports suggest. The Blues defender was tipped to leave last summer, but enjoyed a renaissance in the side over the last year.

Tottenham are still without a manager after sacking Jose Mourinho in April, yet their transfer plans are still in full swing.

Spurs are on the hunt for a permanent replacement for the Portuguese coach, and it had been speculated that they would sort that situation out before signing any new players.

The new manager will have to deal with Harry Kane’s transfer request, as well as improving a team that finished seventh in the Premier League table last season.

And it seems plans are being made behind the scenes to reinforce the side, with Rudiger a target.

The Mirror reports that Spurs officials are looking at the possibility of making a move.

It’s claimed that Mourinho was eager to make a bid for the German centre-back before he was fired by the club.

And Spurs’ interest remains there, though they could face competition from Paris Saint-Germain.

Rudiger was frozen out under Frank Lampard earlier this season, with the former boss preferring other centre-back options.

But Marina Granovskaia wanted him to remain in the side, and is said to have overruled Lampard towards the end of his time in the dugout.

Since Thomas Tuchel replaced the club legend, Rudiger has remained a constant fixture in the side.

He played a starring role in Chelsea’s Champions League win on Saturday, and played every minute of their European campaign after Tuchel took charge.

Regardless of his performances, his contract is continuing to wind down, and there’s every chance he could sign for a foreign club for free on a pre-contract agreement in January if an extension isn’t signed. 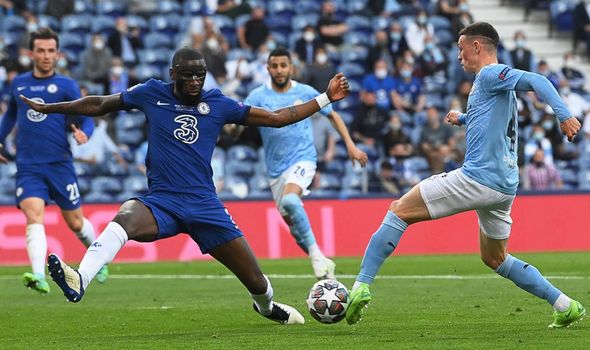 And it’s been reported that the Blues are still yet to open talks with the centre-back over a new deal.

They refused the chance to offer him a new contract last October, despite the defender being willing to stay.

Rudiger’s form recently has seen him earn a call-up to Germany’s Euro 2020 squad.

And he will reportedly only talk with the club about a new contract after the tournament this summer.