Tottenham are only competing to finish inside the Premier League top four this season, after being knocked out of the Champions League and FA Cup in recent weeks. We grade each of Jose Mourinho’s players that made at least five Premier League appearances.

Not the Frenchman’s best season, albeit a campaign broken up by injuries. One too many errors for the goalkeeper.

Scored a superb goal against Wolves earlier this month, but disappointing otherwise. Lazy at times against RB Leipzig in the Champions League.

Tanganga has sort of played everywhere among the backline this season, but has proven to be a solid addition to the team. Moments of top quality, showing the 20-year-old has a big future.

Decent campaign for the Belgian, but his season has been overshadowed by his impending exit from Spurs. Worth a punt from other top six teams if they want a steady defender.

Commanding at the back; a fair season for Alderweireld. Spurs must be happy to have kept him during the summer.

Tendencies to appear overwhelmed and a bit forgetful. Still only 23, and expected to improve.

Injuries have stopped Davies from earning more than nine appearances this season, and they haven’t been as solid as usual.

Yet to register a goal or assist this season in the league, from his six appearances. Not necessarily required of a left-back, but given he’s usually halfway up the pitch, you’d be hoping for a little more. The best is still to come.

Spritely Winks has had a decent season for Spurs, and appears to be favoured by Mourinho. But, no goals, no assists, and eight (EIGHT) yellow cards.

Mega-money signing in the summer, Ndombele has failed to live up to the hype. Jamie Carragher cast a shadow over the midfielder earlier this season, and it showed his laziness. Needs to improve. 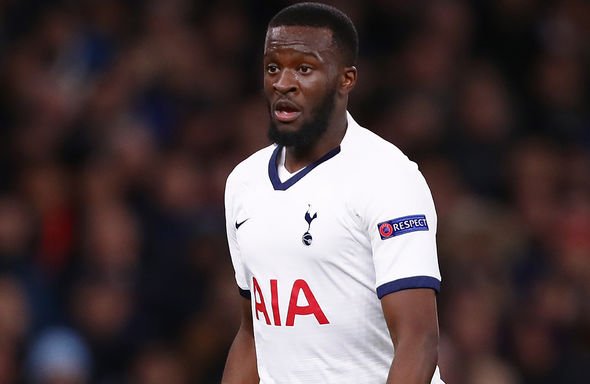 We haven’t seen Sissoko since New Year’s Day, but he had a pretty good season up until his injury. One goal and two assists in the league isn’t great, but there’s more to Sissoko than getting on the scoresheet.

Definitely worth an A if the season ran for the past month or two. But, struggled to break into the team under Pochettino, and had to forced his way into the team at the back end of 2019. Next season, you feel it’s Lo Celso’s year.

Didn’t feel like Alli deserved an A, but felt even harsher to give him a B. Eight Premier League goals and four assists is a decent return for a midfielder after 22 appearances. Consistency is the key, however.

Lamela has dropped down the pecking order under Mourinho, but always appears to make a difference when he’s introduced as a substitute.

Moura always performs well for Spurs, and is usually relied upon for the big games. But, he needs to score more goals, or provide more assists.

Added freshness to the Tottenham team in January. Two crucial goals in five matches for Spurs, and Bergwijn scored a lovely debut goal against Manchester City.

Son is a huge miss to the team while he’s out through injury, and you feel like Spurs would’ve put up more of a fight if the forward was playing against Leipzig. Nine goals this season from a wider position is nothing to be sniffed out.

It’s no surprise that Spurs have slowly fallen down the table without Kane in the team. Still the club’s top goalscorer in the league despite being absent since January 1.