‘I feel like I’m at the beginning of a new journey’: Tottenham midfielder Eric Dier signs a new deal at the club until 2024 as he sets his sights on winning a trophy under Jose Mourinho

Tottenham midfielder Eric Dier has pledged his future to the club by signing a three year deal.

The England international’s contract was set to expire at the end of next season but he has committed himself after becoming an important figure in the squad under manager Jose Mourinho.

Dier joined Spurs from Sporting Lisbon in 2014 and has since played 239 games for the club, proving to be a versatile member of the team with the ability to play in defence or midfield. 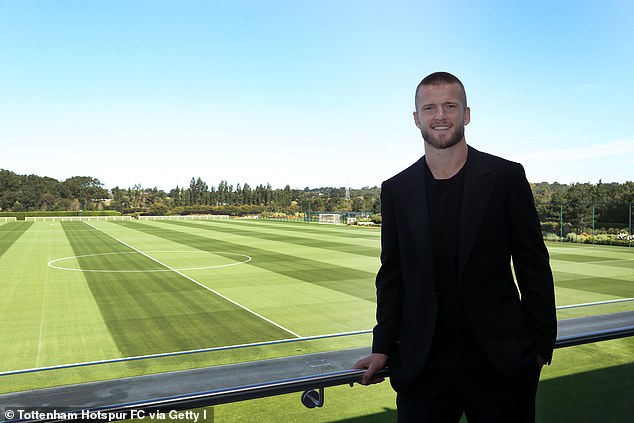 Speaking in a video on the club’s Twitter page, he said he felt ‘privileged’ be with the team and felt there was plenty more he could achieve in this new chapter.

‘I’m really happy to continue here and commit to this new journey we’re on,’ he said.

‘It’s crazy to think I’ve been here for six years now. I’ve enjoyed it a lot and it’s been fantastic to work under the manager I was working under and the one I’m now working under. I’m very lucky and privileged to be at this club with this set up, with the players here it’s a fantastic place to be.

‘The club gave me my opportunity with England, it’s given me so much since then. We’ve had some great times together and I want to have even better times and I still feel like there’s still a lot of things I need to achieve here.’ 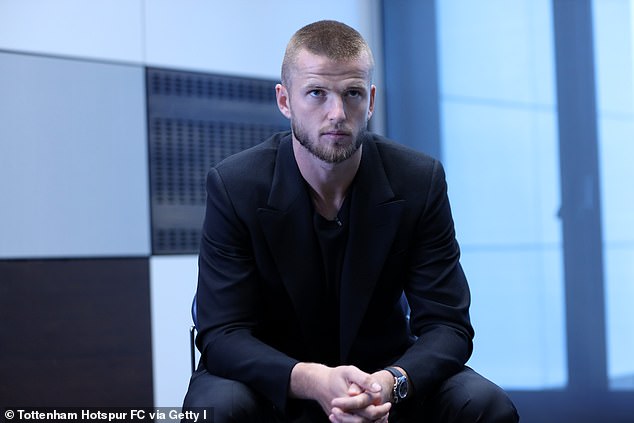 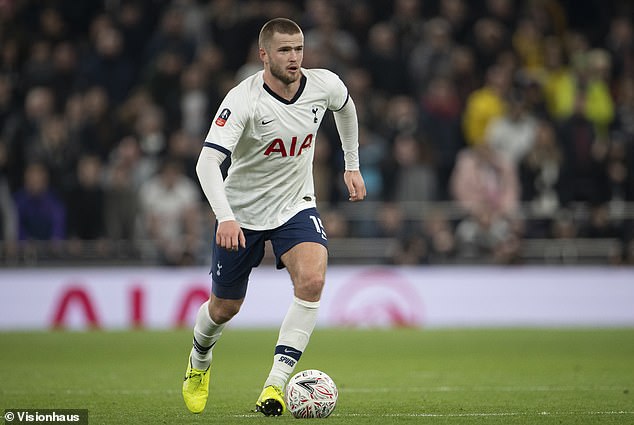 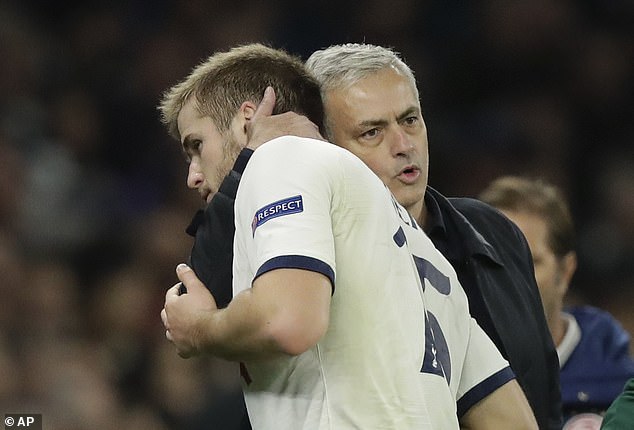 Dier said he remains ambitious and while he has helped Spurs battle for the title in recent seasons, he is desperate to go the extra mile and lift some silverware under Mourinho – adding that it felt like the start of a new journey.

‘I feel like that 20-year-old when I first arrived, that’s the feeling I have right now, I feel like I’m at the beginning of a new journey.

‘My targets are very clear for me – I want to be one of the best in my position in the Premier League and that’s one of the reasons why I wanted to stay here and commit my future. I want to prove myself in this position and Tottenham is the best place to do that. 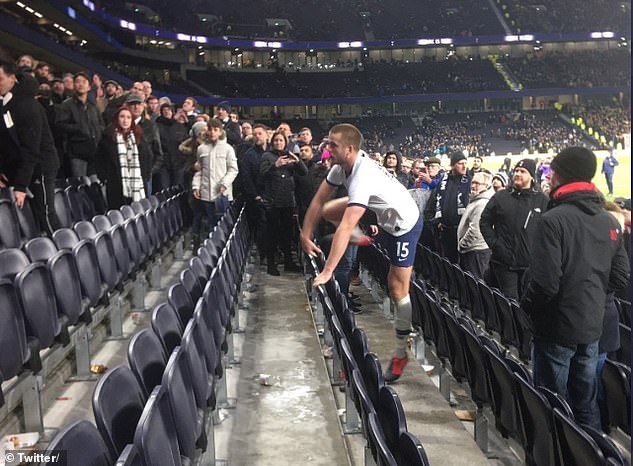 Eric Dier was hit with a four-game ban and fined £40,000 for jumping into the stands in March

Dier has played 29 times in all competitions for the club during a difficult campaign that saw him banned for four games after charging into the stands following a 2-1 defeat to Norwich in the FA Cup.

The 26-year-old was also fined £40,000 for the episode in March which saw him clamber over seats to confront a supporter who had become involved in an argument with his brother. Dier admitted his actions were ‘improper’ but denied that they were also ‘threatening’.

He sat out games against Bournemouth, Arsenal, Newcastle, and Leicester but will be back for Tottenham’s final game of the season away at Crystal Palace.

Related posts:
Previous Post: Mikel Arteta makes Pierre-Emerick Aubameyang contract call to Arsenal board
Next Post: Solskjaer speaks out on De Gea with his role as Man Utd No.1 now under threat