Tottenham are reportedly interested in signing promising Chelsea centre-back Trevoh Chalobah as manager Antonio Conte seeks to add another defender to his ranks. The 23-year-old broke through into the Blues’ first-team last season, making 30 appearances in all competitions.

But he is yet to make it off the bench in both of Chelsea’s Premier League games so far this season, with Thomas Tuchel preferring to opt for the likes of Thiago Silva and new signing Kalidou Koulibaly as part of his back three.

With Chelsea also linked with a move for Leicester’s Wesley Fofana and a sensational swoop for Manchester United’s Harry Maguire, Chalobah’s chances of first-team minutes at Stamford Bridge are looking more and more slim. And according to the Evening Standard, Spurs have joined the likes of Serie A sides Roma and Inter Milan in expressing an interest in Chalobah.

Relations between Chelsea and Tottenham are not exactly friendly at the moment following last weekend’s fiery London derby, which saw Tuchel and Conte almost come to blows in a furious touchline bust-up. And it seems unlikely that the Blues would be willing to help out a direct rival for a top four spot by allowing Chalobah to go to them. 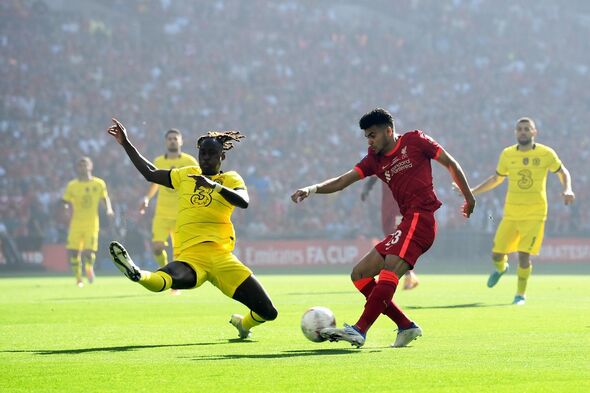 The England U-21 international came through the ranks at Chelsea, and has a contract which runs until 2026, meaning that the Stamford Bridge outfit are in a strong position when it comes to demanding a high fee for their player.

Tuchel has shown his appreciation for Chalobah’s talents in the past, and said in November last year: “His consistency [has impressed me]. He can produce the same performances in different games at this young age. It’s a new challenge for him to be a regular player for Chelsea.

“He was very strong in pre-season, showed no nerves and when it came to the first start, he played in Super Cup. That was impressive because he did what he did in the friendlies. This is what I like a lot about him. He’s doing his thing and he is not affected in the moment by too much praise or by the pressure that can arise with spectators.”

Chelsea are next in action on Sunday when they take on Leeds, and it will be interesting to see if Chalobah plays any part in the game given the speculation over his future. Tottenham, meanwhile, face Wolves, and are missing one of their key defensive stars with Cristian Romero sidelines with a muscle injury.