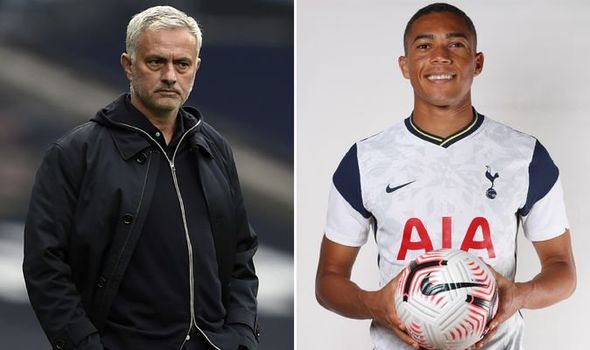 Tottenham are in talks with two centre-backs ahead of Monday’s transfer deadline after securing the loan signing of Carlos Vinicius. Spurs confirmed the Brazilian’s arrival from Benfica on Friday evening.

The 25-year-old striker, who produced 24 goals and 13 assists last term, will wear the No 45 shirt and joins for the season on loan.

Jose Mourinho has paid a fee just shy of £3million to sign the frontman as back-up to Harry Kane, which the Portuguese coach had made clear he wanted before the window closed.

Spurs also have the option to sign Vinicius on a four-year contract at the end of the season for around £40m should his temporary stint in north London work out.

He becomes the club’s sixth addition of the summer after Pierre-Emile Hojbjerg, Joe Hart, Matt Doherty, Sergio Reguilon and Gareth Bale, who also joined on a season-long loan. 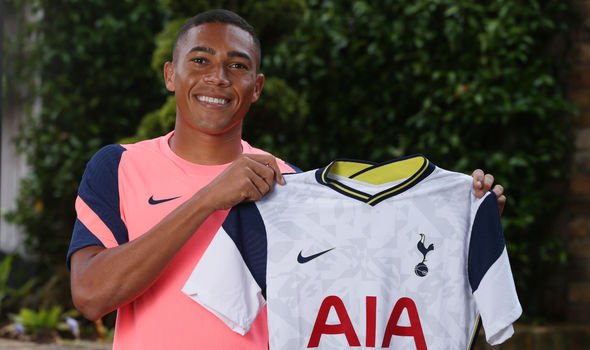 But Mourinho and Daniel Levy are not done there and want to sign a new centre-half before the window shuts for international transfers at 11pm on Monday.

According to transfer expert Fabrizio Romano, Spurs are in talks over Chelsea defender Antonio Rudiger in addition to Inter Milan’s Milan Skriniar.

Slovakian international Skriniar is said to be the top target with the 25-year-old having been linked to Manchester United when Mourinho was in charge at Old Trafford.

Romano said on Twitter: “Still nothing advanced for Toni Rudiger – Skriniar is the main target but deal with Inter is still ‘complicated’. 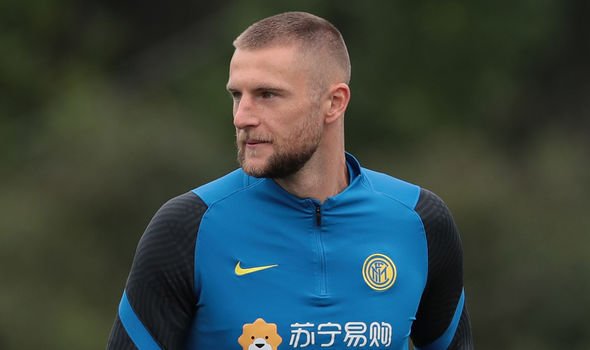 While Inter are reluctant to lose Skriniar, Spurs are reportedly preparing a bid to test their resolve after holding talks with Italian giants.

“Skriniar? I repeat: there was contact with Tottenham, but we reiterated that he is not on the market and we have not received any special offers,” Inter chief Ausilio told Sky Italy earlier this week.

Other defenders linked include Beijing Guoan’s Kim Min-jae and Juventus’ Merih Demiral but Skriniar and Rudiger appeared to be ahead of them on the list.

Rudiger could be allowed to leave Chelsea on loan having fallen out of favour under Frank Lampard but the Blues want the 27-year-old to sign a one-year contract extension first.

The German’s current deal expires in 2022 and he would be available on the cheap next summer once returning from his loan stint if he does not sign an extension.

West Ham and Paris Saint-Germain have also been linked to Rudiger but asked if the centre-back’s future lies away from Stamford Bridge this week, Lampard said: “No, it’s not at that point.”

Premier League predictions: Who will win? Every fixture predicted

However, it is believed Rudiger would be allowed to move on having not played for Chelsea this season, being left out of the match-day squad for all of their four Premier League and Carabao Cup matches since an opening-weekend win at Brighton. 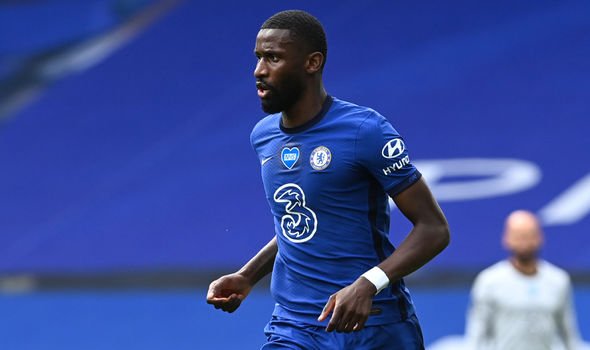 But Skriniar is Spurs’ top target with Football.London claiming Spurs are willing to submit an offer of around £32m plus add-ons while Inter hold out for closer to £45m.

It is added that the player is very keen on moving to London but that 22-year-old Turkish defender Demiral is a back-up option if a deal cannot be brokered with Inter.

Antonio Conte would prefer to keep Skriniar but needs to raise funds to make more signings of his own and could therefore green-light a departure if Spurs submit an offer close to the Serie A club’s valuation of the Slovakian.

Spurs has Eric Dier, Toby Alderweireld, Davinson Sanchez and Japhet Tanganga as options in central defender with Juan Foyth expected to depart and Jan Vertonghen having yet to be replaced since leaving the Tottenham Hotspur Stadium at the end of his contract in June.