Incoming director of football Fabio Paratici’s arrival in London could call time on Tottenham’s two-month-long hunt for a new manager. Nuno Espirito Santo is the latest in line for the hotseat, and things seem to be falling into place regarding his official appointment.

Incredibly, Spurs have spent the entire transfer window so far without anyone permanent at the helm.

Thankfully for them, Euro 2020 has posed a welcome distraction from the transfer market which has bought them a little more time to get someone through the door.

The likes of Mauricio Pochettino, Antonio Conte and Paulo Fonseca have all gone close to the vacant Spurs job until talks fell through at the 11th hour.

Still, with new director of football Paratici finally on the ground in north London, one would think that the situation will take on some added urgency.

With Nuno the latest in a long line of favourites to take the job, Sky Sports have reported that Paratici’s first course of action will be to finalise a deal for the Portuguese to take the reins.

The ex-Wolves boss looked to be another one that got away when he was linked with Fenerbahce in the past few days, although those links seem to have gone cold.

This time, it seems like few things will stand in the way of Nuno signing on the dotted line, despite minor fan backlash on social media.

The mental aspect of the appointment must be curious for the 47-year-old who will clearly be aware that he was some way down the list of candidates at the start of the process.

Nuno was extremely highly-regarded as a manager when he led Wolves to consecutive seventh-place finishes in the Premier League during their first two seasons back in the top flight.

However, his momentum took a knock when a much slower campaign last time out resulted in a disappointing 13th place finish.

Many consider that to be a sign of his managerial bubble bursting, but the absence of star-striker Raul Jimenez for virtually the entire season certainly played its own part.

Paratici’s work will not stop there as he gears up for a busy summer at the Tottenham Hotspur Stadium. 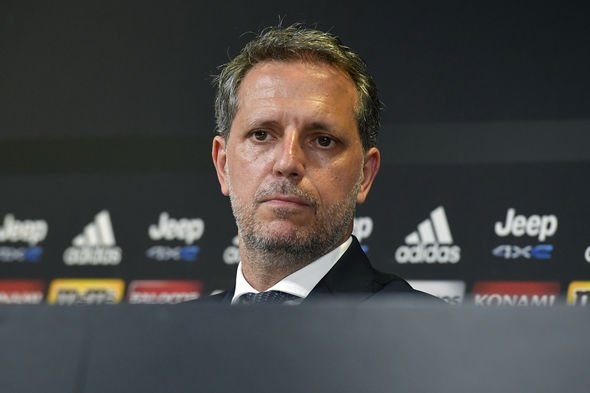 The small matter of deciding Harry Kane’s future will undoubtedly be weighing on the Italian’s mind.

England’s captain told Spurs that he wanted to leave in search of trophies earlier in the summer, to which the club responded by slapping a £150million price-tag on his head.

If Paratici does appoint Nuno, the pair will have to hit the ground running to come out of this summer window unscathed.