Tottenham defender Japhet Tanganga could be set to leave the club this summer and reportedly is in talks to join AC Milan on a loan with the option to buy. The 23-year-old has fallen down the pecking order from his stint as first-choice under Jose Mourinho and now has several defenders in front of him in Antonio Conte’s eyes.

Calciomercato claim that a meeting will take place this week between Tottenham and Milan to close a deal for Tanganga, which is set to be a loan. There is an option for Milan to sign Tanganga during his loan spell permanently, and if that clause is taken up then Conte’s side will have a buy-back inserted into the deal.

With the outline of the deal decided, the two clubs are set to meet to agree upon the figures at each stage of the move for Tanganga, who made just ten Premier League starts last season. During Mourinho’s time in charge of Spurs he was impressed by the young defender and utilised him in several different roles across his back four.

“Japhet for us is being like the emergency guy,” Mourinho told Football London last year. “When we need he is there and when we need sometimes he is a right-back, as a left-back, other times in a centre-back in a defence of three and you can look at the recent matches with the national team, against Portugal he played right-back, two days later against Croatia he played centre-back.

“I don’t think it is a bad thing, especially for a young player, because what a young player needs is minutes and as a player I had many years ago, from right-back to left wing, ‘I am ready for you’ and as an emergency as a goalkeeper, so Japhet is a little bit like this. In spite of him being good in the air and he has a good positional education as a centre-back, I think probably his best position in the future is right-back.”

Mourinho may feel that Tanganga’s best position is at right-back, but Conte uses a back three system, has been reluctant to use the 23-year-old as a wing-back and instead preferred Emerson Royal and Matt Doherty. Tanganga has revealed which position the Italian coach thinks he is best suited to, and that despite links to Milan he is just focussing on his current team. 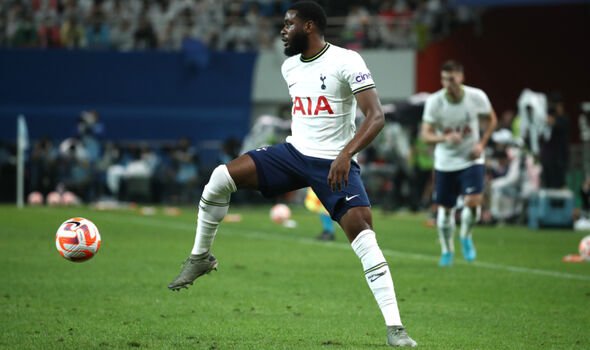 “He [Conte] sees me as one of the centre-backs,” Tanganga told Football London. “Either right or left. That’s the position he gives me the most information in and tells me what to do.

“It’s just speculation and I don’t read too much into speculation. I’m just happy to be back, being injury free and helping the team as much as I can and be ready when I’m called upon.

“It’s about being ready. There was a period when Cristian Romero was injured and the manager called upon me to play in that position. I’m just grateful to play as many games as possible and I’m just happy to play whenever the manager wants me to.”