Tottenham boss Jose Mourinho will now be “praying” for Manchester City’s appeal over their Champions League ban will be upheld. That is the view of former Spurs midfielder Tom Huddlestone. It has been a difficult couple of weeks for the north London club. Mourinho saw his side knocked out of the Champions League on Tuesday night when they lost 3-0 to RB Leipzig and this comes six days after losing a penalty shootout to Norwich in the fifth round of the FA Cup.

Both defeats means Tottenham only have nine Premier League matches left to play this campaign.

However, despite being eighth in the table they are still in contention to secure a Champions League qualifying place for next season.

City, who are currently second in the table, have appealed against UEFA’s two-year European club competition ban for violating Financial Fair Play regulations.

However, Huddlestone thinks Mourinho will now be hoping City’s appeal is unsuccessful, because it would mean the team that finishes fifth in the Premier League would qualify for the Champions League next season.

“Mourinho was probably licking his lips at the thought of Norwich at home in the FA Cup, going into a potential quarter-final against Man Utd but it wasn’t to be,” Huddlestone told BBC Radio 5 Live.

“He’ll be praying that Man City do get a ban so that fifth place is up for grabs which is more realistic, especially with Harry Kane back on the training ground.”

Tottenham have not won in their last six-games but injuries have limited Mourinho’s options.

Club captain Harry Kane and midfielder Moussa Sissoko have not played since New Year’s Day, while they have also missed attacker Son Heung-min, who broke his arm against Aston Villa.

To add to their injuries woes January signing Steven Bergwijn could also miss the remainder of the season after he suffered a significant sprain to his left ankle.

But after being convincingly beaten by Leipzig Mourinho refused to be drawn into suggestions that the problems at the club run deeper than their current injury crisis.

“You want me to speak about other things, when the obvious thing is the problems accumulate through injuries,” Mourinho said. 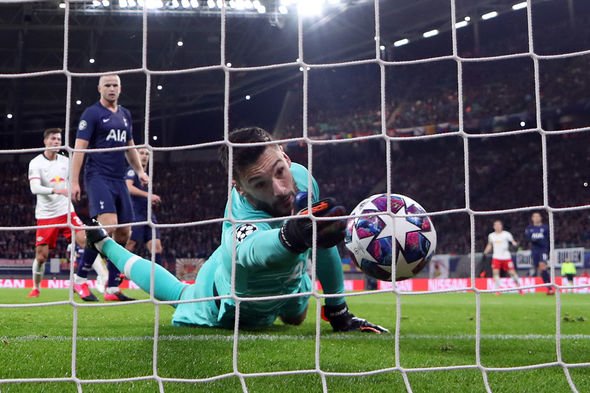 “We can do a mental exercise. Imagine Leipzig without Sabitzer, Schick, Werner. You want to imagine Liverpool without Salah, Mane, Henderson, Firmino? Barcelona without Griezmann, Messi, Suarez, Pique?

“Do you want to make this exercise with every team in the world? I think any team would struggle, it’s simple.

“All the players on Leipzig’s bench, in my team they would play at this moment.”