Tottenham manager Antonio Conte is reportedly tempted by a return to his former club Juventus – partly so that he can be closer to his family. The 53-year-old has been a massive hit with Spurs fans since he took over in November, with the no-nonsense Italian completely transforming his side’s fortunes and leading them to a fourth-placed finish in the last campaign.

They have started this season well too, and are unbeaten in the Premier League having picked up five wins and two draws as they sit in third place. However, Conte is yet to pen an extension to his current contract, which expires this summer, and he has been touted for an exit on a number of occasions.

Rumours last year linked him with Paris Saint Germain, although in the end nothing materialised. But over the last few days, speculation has mounted suggesting he could make an emotional move back to Juventus, who he won three Serie A titles with during a spell managing the Turin giants between 2011-14.

The Old Lady have got off to a woeful start to the 2022-23 campaign. They are sitting down in a lowly eighth position in the league and lost their first two Champions League group stage games to Bayern Munich and Benfica, with the pressure beginning to mount on current manager Massimiliano Allegri. 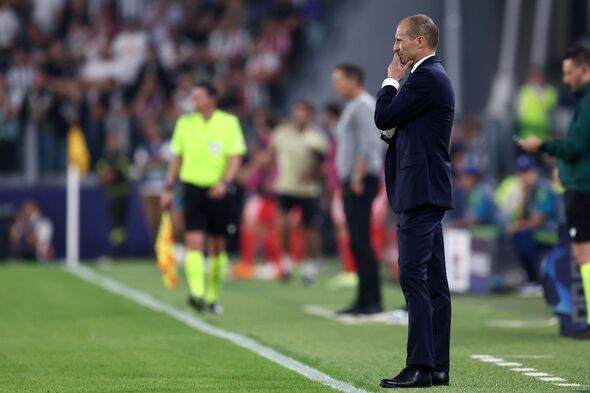 If Allegri is sacked, Conte is thought to be Juve president Andrea Agnelli’s first-choice candidate for the role. The two men actually fell out when Conte left the club eight years ago, but they are believed to have made up since then.

According to The Evening Standard, Conte’s personal circumstances may leave him tempted with a return to his native country. The publication reports that his wife and daughter still live in Turin, which is a situation he does not find ‘especially easy’. Conte has also claimed in the past that he has ‘unfinished business’ at Juve, and it would be intriguing to see if he can restore them to their former glories.

However, there are also plenty of reasons to argue that the former Chelsea manager may not want to leave north London just yet. Spurs look on course to achieve big things this year, and Conte may not be too keen on the prospect of walking away from all his hard work in order to start all over again.

Judging by his body language on the sidelines, Conte is also very much enjoying his time back in the Premier League, and it would be a huge decision to throw that all away in order to return to a league he has already won four times with Juventus and Inter Milan.

Conte will no doubt have some time to reflect on his future during the international break. But he will immediately turn his attentions back to Spurs next week, with a moutherwatering north London derby against Arsenal on the horizon.

Spurs make the short trip down the Seven Sisters Road to the Emirates on October 1, with their bitter rivals sitting just a point ahead of them at the top of the table. It is a fixture which always sees emotions running high, but this could very much be a turning point in the season for both the old enemies.