Timothy Castagne will miss the rest of Euro 2020 after suffering a double fracture in his eye socket during Belgium’s 3-0 win over Russia.

The 25-year-old clashed heads with Daler Kuzyaev in the first half in St Petersburg and was forced from the pitch due to the swelling.

Speaking after the match, Belgium boss Roberto Martinez confirmed Castagne will play no further part in the competition. 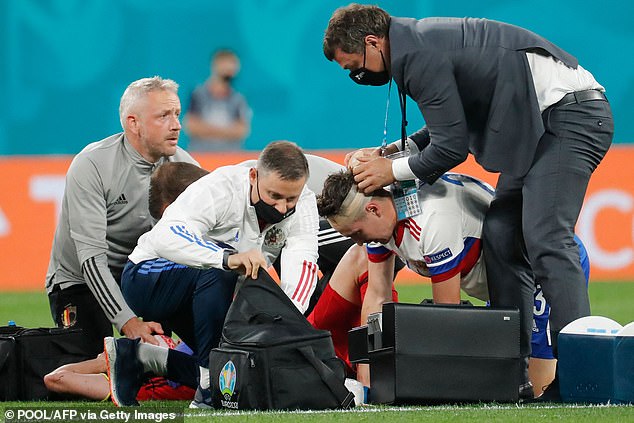 ‘Really bad news, sad to see Timothy Castagne is going to be out of the tournament,’ Martinez said.

‘He’s had images taken, he’s got a double fracture, and now we’ll take the necessary treatment.’

It is a major blow to both Belgium and Castagne, who shone for Leicester last season and helped them to their first ever FA Cup trophy.

The full-back made 34 appearances for the club in all competitions, having joined them in September last year. 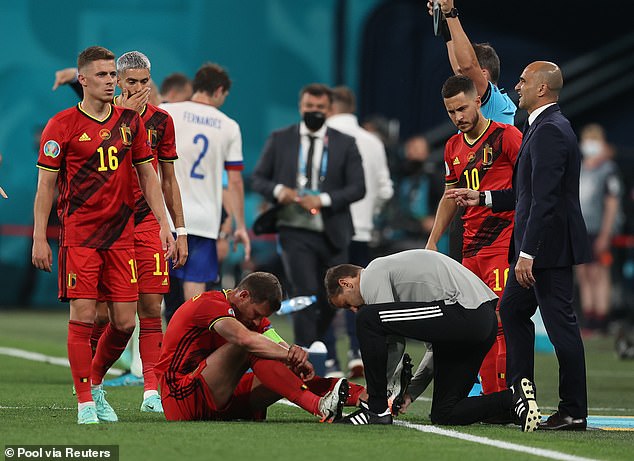 Belgium suffered another injury problem in the match, with Jan Vertonghen forced off early.

However, Martinez is hopeful that it will prove to be not too serious, and the extent of the ankle knock will be revealed in the coming days.

‘Jan Vertonghen has a typical football injury, an ankle knock that we’re going to wait 48 hours to see the extent of, but I don’t expect that to be too serious.’