Timo Werner says he hopes to lead Chelsea’s new era and credits head coach Frank Lampard for bringing him to the club.

The German international flew to London on Sunday following his £45m transfer from RB Leipzig, which was agreed last month.

Werner watched as Chelsea beat Wolves 2-0 to secure Champions League football for next season before beginning ‘pre-season’ training on Monday.

The 24-year-old, who joined in with his new team-mates on Tuesday, says he looked up to the likes of Lampard, Didier Drogba and Petr Cech and hopes to be part of an exciting future at the club. 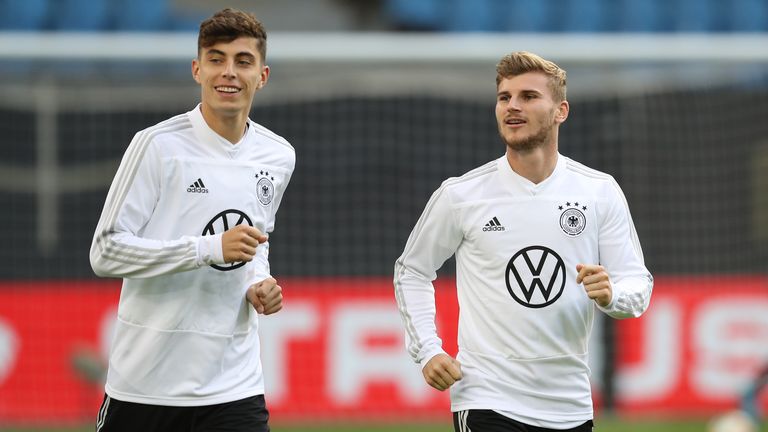 He told Chelsea’s website: “I know of the players before when they won the Champions League with Drogba, with my new manager Frank Lampard, Petr Cech as the technical advisor.

Werner also said Lampard’s style of play and personality was a big reason why he chose to leave Germany for the Premier League. “He (Lampard) was the main point,” he added. “We talked a lot about things like system, like how he wants to play and sees me playing, and how the system fits to me.

“He is a really nice guy who not only told me what he wants from me as a player because he wants to help me as a guy. He knows me now a little bit better and it fits very good between us and now I am happy to be here.”