Manchester United know there is work to be done in the transfer market despite positivity surrounding the three new signings that are already over the line at Old Trafford in the form of Tyrell Malacia, Christian Eriksen and Lisandro Martinez. All three have significantly improved United’s current options but more signings will be required if the Red Devils are to force their way back into the top-four next season.

Cristiano Ronaldo had been so underwhelmed by United’s business that he told the club he wanted to pursue a new challenge – staying in Lisbon for the pre-season tour of Thailand and Australia.

That should have been received as a wake-up call for United officials, who to their credit, have since added Eriksen and Martinez to their ranks.

But ultimately, given that six senior players have departed the club on free transfers, United still have gaps to fill – not least if Ronaldo does land a move elsewhere.

The clock is ticking and any business United now carry out is highly likely to come after the start of the new Premier League season, which is hardly ideal preparation for Ten Hag, who wanted to embed new signings quickly.

That said, United still have a golden opportunity to turn a bland summer of transfer business into a marquee window, something they should be striving to achieve. 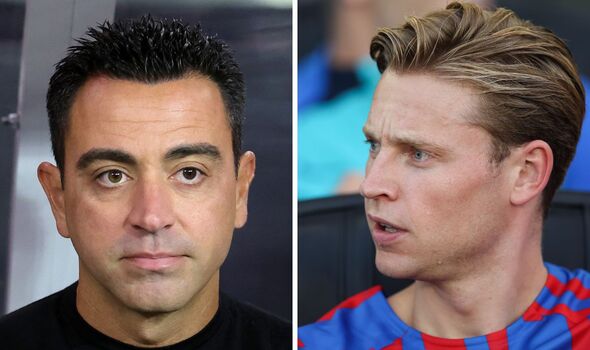 Given that this deal has been a work in progress for two months, United will feel distraught if they fail to land their man.

For that reason, the signing of the Dutchman remains essential – despite the obvious feelings that it’s currently unlikely to happen.

De Jong wants to remain at Barcelona but even if he does depart, Chelsea are his likely destination of choice.

But given he’s worked so brilliantly under Ten Hag before at Ajax, he does feel like a potential game-changing acquisition in midfield.

United are lacking a maestro of his class and quality in the middle of the park and if they fail to sign him, you wonder where they turn next.

It’s a deal that absolutely must happen but sadly, there is not much that can be done from a United perspective to flip the balance.

Again, a deal equally as unlikely as De Jong but Osimhen is the No 9 United should be going all out for.

The striker market is extremely saturated but Osimhen ticks so many boxes. He has elite movement, clinical finishing, he’s strong in the air and still only 23.

He reportedly once came close to signing for United when Odion Ighalo was at the club but he didn’t want to ruin his international’s team-mates changes of playing – according to the player’s brother.

Osimhen is a lethal attacker and one that would have Premier League defenders quaking in their boots. He was unplayable for Napoli in the Europa League against Leicester, for instance, last season.

His eye-watering price tag that is expected to exceed £65m could prove problematic though, however, with Ronaldo continuing to flirt with a move – this one makes total sense.

Furthermore, Ronaldo has also been offered to Napoli by Jorge Mendes which could create interesting leverage for negotiations with the Italian outfit.

Even if United were only to sign Osimhen from here on in, the club’s supporters would feel optimistic about the new season. 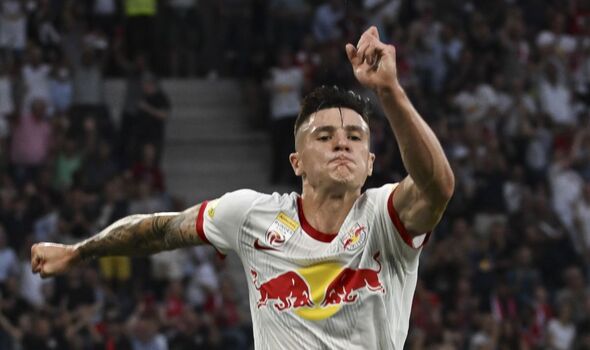 He may be one for the future but long gone are the days when United were first to the world’s brightest young players.

Now they are well down the pecking order and the ones that they do sign seemingly fail to fulfil their potential at Old Trafford.

Sesko could mark a line in the stand and he impressed on Wednesday in Austria when he netted the winner against Liverpool under the watching eyes of many of Europe’s elite clubs.

The 19-year-old would already be ready to play a part in Ten Hag’s squad or alternatively, head back to Salzburg on loan.

Yet no matter how much Sesko currently costs, he would definitely be a player worth his weight in gold to United in the future.

It would be wrong to rest the club’s hopes on a fresh-faced teenager from the Austrian league but you only have to look at Erling Haaland’s development to realise this is an opening worth pursuing.