‘I am always a bit frightened’: Thomas Tuchel admits prospect of injuries scares him and he can’t hide frustration at familiar failings as Chelsea squander chances to stretch Premier League lead with draw against Burnley

At the end of this latest segment of the season, Thomas Tuchel has earned a little rest and fully intends to take one.

He has the school run, forest walks with his dog, some reading and TV viewing lined up for the international break.

Trying to detach himself a little from football is also on the agenda, though Tuchel admits the fitness of his players will be in the back of his mind.

‘I am always a bit frightened,’ Chelsea’s head coach admitted about the prospect of his stars picking up injuries while away. What he will not be doing is fretting over their finishing.

Tuchel went through a full range of emotions against Burnley. There was fury at the officials, a spat with the Burnley bench, followed by an exuberant — possibly deliberate — celebration of Kai Havertz’s goal right in front of them, a proud embrace with Ross Barkley after an impressive display following his surprise start and frustration when Burnley equalised.

And Tuchel’s eventful day ended with a hearty laugh at the idea that something is not quite right and Chelsea’s shooting practice might need a rethink.

It was not a totally unreasonable suggestion as this was a recurring theme last season — Chelsea creating but missing bundles of chances. 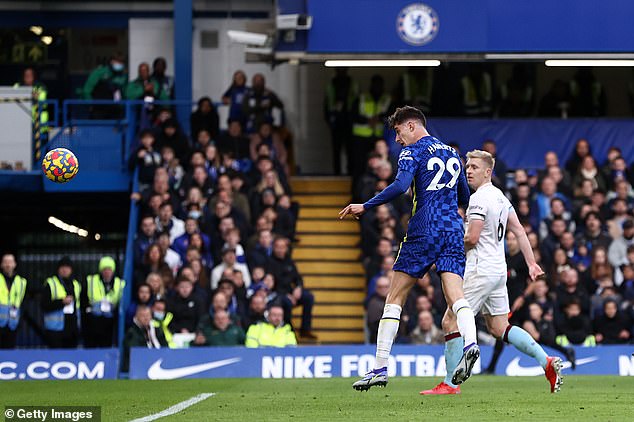 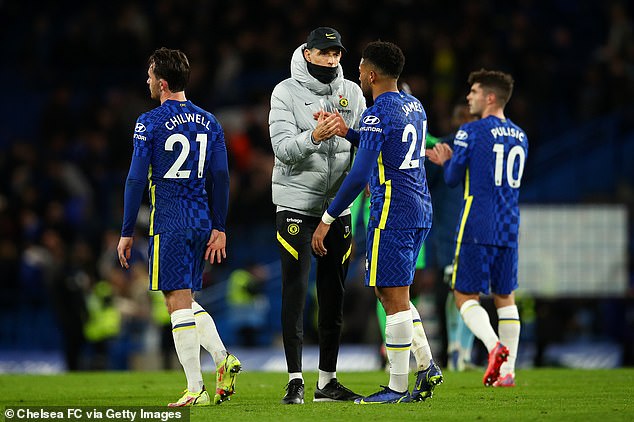 But Tuchel laughed it off sarcastically, saying: ‘Sure, there is something going wrong in training. We will now change everything. It is unacceptable the points we have, the way we play — it cannot stay like this.

‘We have to turn things around and question everything. This is what we will do for the next two weeks. We’ll take your advice to heart and look to see if we can change something in training to make it better!

‘No seriously, it is the same squad who scored seven (against Norwich) and four (against Malmo). We had so many chances and touches in the box that we could have won easily.’ 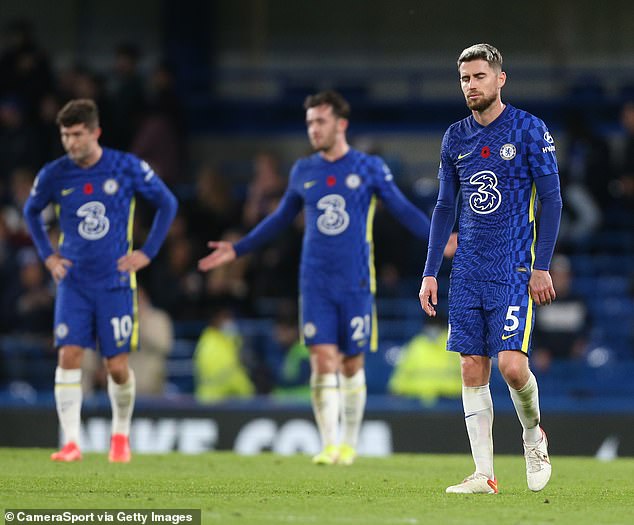 Tuchel remained confident his side will start converting their chances soon

As annoying as dropping two points at home must have been, Tuchel’s sense of perspective was understandable.

Romelu Lukaku was absent once more. He may have been on a goal drought before the ankle injury that ruled him out but these were precisely the sort of assignments in which he would be expected to provide the difference.

In their unbeaten run since the last two-week interruption during which Chelsea have remained on track in the league, Champions League and Carabao Cup they have enjoyed a little luck along the way.

Not least at Brentford where they survived a late battering. Against Burnley, though, luck evaded them at both ends.

A point was Burnley’s reward for staying in the game and Sean Dyche’s attacking subs paying off, Jay Rodriguez setting up Matej Vydra’s equaliser.

Goalkeeper Nick Pope was key to frustrating Chelsea with a string of saves and his game-management. 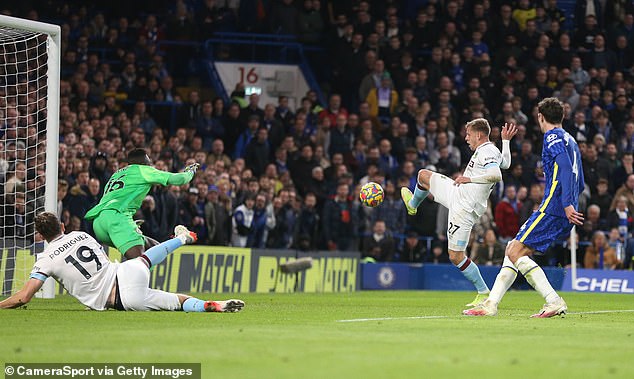 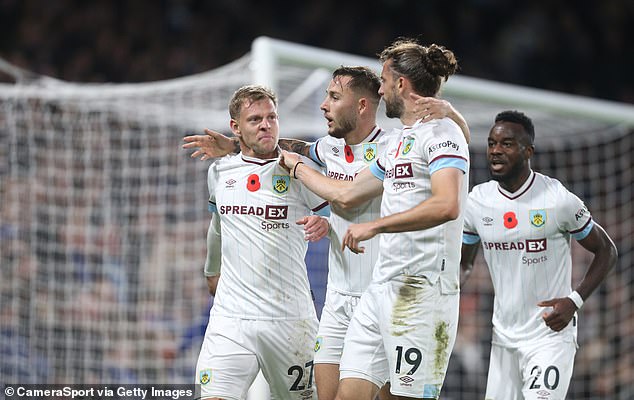 At one point with Burnley losing, he let the ball slowly roll out for a goal-kick when the situation seemingly dictated that he had to get the game going again as soon as possible.

It was as if he knew a chance would eventually come.

Like Tuchel, Pope will also get a breather over the next fortnight, having been left out of the latest England squad, but on this evidence he can consider himself unlucky.

‘Those other goalkeepers (in the England squad) must be decent,’ Dyche said.