Thomas Courts has been named the new head coach of Dundee United, the club has confirmed.

The 39-year-old makes the step up from the role of head of tactical performance and will work alongside former Livingston assistant Liam Fox at Tannadice.

Dundee United is pleased to officially confirm the appointment of Thomas Courts as the Club's new Head Coach.

"I feel privileged to be taking charge at Dundee United. It's a really exciting time to be connected with this Club."#UnitedTogether

“When I got the offer to speak to the club I was optimistic because I felt I was ready for the challenge.

“I’ve got 300 games under my belt as a manager. The fans are getting an experienced manager, one who has a proven capability of winning, developing players and also being open and receptive to giving opportunities to young players as well.

“This is where I want to be, the calibre of player I want to work with on a day-to-day basis and this is the stature of club I feel I can propel myself into and drive the club to the next level.”

Courts will take immediate charge as the club prepare for a second season back in Scotland’s top-flight.

He hopes to build on the foundations laid by his predecessor and believes the fans can make Tannadice an intimidating place to play for opponents.

Their season opener, against SPFL new boys and Courts’ old club Kelty Hearts in the Premier Sports Cup, is just over a month away on July 9.

“I’ve seen the fans at this ground suck the ball into the net and turn Tannadice into a cauldron in the Dundee derby,” Courts added.

“Any energy that has been online is something I want to harness and redirect onto the pitch when the fans come back into the stadium. 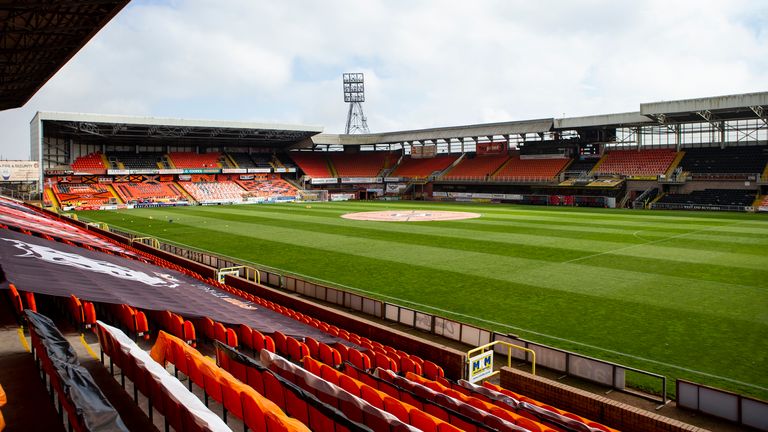 Courts originally arrived at United back in January 2019 when he was appointed head of tactical performance at the club’s academy.

He then stepped up to coach their U18s and took temporary charge of the first team last December when members of the team and coaching staff were unavailable due to Covid-19.