Third Lanark met their demise in 1967 but the Hi-Hi spirit lives on at ghostly Cathkin Park – for many fans, restoring the Scottish side to the senior ranks exists somewhere between the realms of ambition and pipe dream in what should be their 150th anniversary

As football stadiums across Scotland welcome supporters for this weekend’s Scottish Cup ties, one ground in Glasgow will remain empty. It’s been that way since the summer of 1967 and yet, more than half a century later, the story of the club that occupied it remains as compelling as ever.

Third Lanark should have been celebrating their 150th anniversary this year. Instead, they exist only as a memory to those who are enough to remember them, and as a curiosity to those who aren’t.

The enduring presence of Thirds’ home, Cathkin Park, is a large part of the fascination. Situated a sweetly struck 3-wood from Scotland’s national football stadium, amidst Glasgow’s rapidly gentrifying southside, the abandoned ground – formerly known as the second Hampden Park – exists these days as a cemetery of sorts, the final resting place of the so-called ‘Hi-Hi’.

The spirit of the club continues to loom large over the park. Walking around it, there are reminders that you can see with your own eyes – large chunks of terracing complete with crush barriers, for example – as well as many that you can’t.

It feels as though the speculative strikes, the ferocious tackles, and the improbable saves fill the air, hiding in plain sight, suspended on a parallel existential plain.

It is a spectral, eerie place that continues to haunt by virtue of political quirk, a Glasgow City Council by-law protecting the park from otherwise inevitable urbanisation.

Yet it was amid Scottish football’s finest hour, the glorious summer of 1967, that the club went to the wall.

That year, on April 28, a fortnight after Scotland’s sensational Wembley win over reigning world champions England and just weeks before Celtic’s European Cup victory and Rangers’ run to the final of the European Cup Winners’ Cup, Thirds were humbled 5-1 away to Dumbarton on the last weekend of the Scottish league season.

Drew Busby netted a consolation for Bobby Shearer’s Thirds that day, an unspectacular effort that Dumbarton goalkeeper Andy Crawford really should have dealt with. He didn’t know it at the time, but Busby had just become the answer to a future pub quiz question: who scored Third Lanark’s last-ever goal?

Busby, now the landlord of The Waverley Bar in Dumbarton, just a short walk from where he scored that goal, shakes his head and offers a rueful smile at the thought of it.

‘It was a shocker,’ he says. ‘The sort of thing that goalies today would get strung up for. It didn’t matter a single bit either. We got battered. It was a rotten way to end the season. A miserable experience all round.’

The axe fell on the club two months later. On July 7, 1967, at the Court of Session in Edinburgh, the presiding Lord Fraser concluded that the club’s liabilities far exceeded its assets and, with no sign of that position changing any time soon, he was left with no alternative but to issue an order to wind up the club. With one thump of his gavel, Third Lanark died.

Speculation about Third Lanark’s finances had been steadily intensifying for some time, and little wonder. Club accounts were withheld from shareholders; players’ wages went unpaid; opposition clubs went without their share of gate money and when they did get it, the cheques frequently bounced. Visiting players were so concerned by the chaos that they would bring their own toiletries to Cathkin, lest such basic provisions be withheld by their penny-pinching hosts. 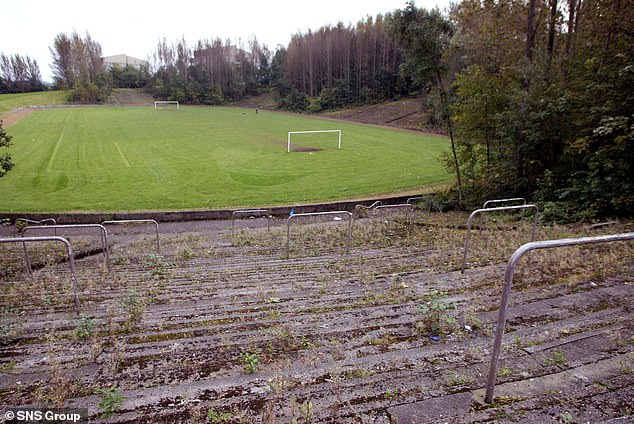 The former First Minister of Scotland, Henry McLeish, experienced it first-hand. A footballer before he became a politician, McLeish was part of the East Fife team that travelled to Cathkin during the 1965-66 season.

‘It was a thoroughly depressing experience on all fronts,’ he recalls. ‘Everybody knew that this once-great, still-proud club, which had such an illustrious history, was in a terrible way. We even had to bring our own lightbulbs and soap with us on the team bus because we had been told that they weren’t provided in the away team’s dressing room.

‘I was only 17 or 18 at the time and, even though my world view and ideas were still not fully developed, I still understood just how bad the circumstances were. I can honestly say that it was one of the most lousy days of my football career.’

Under the ownership of Glasgow businessman Bill Hiddelston, a former season ticket holder at Cathkin, Thirds redefined what it was to be thrifty. When young forward John Kinnaird dislocated his shoulder during a match at Clydebank, Hiddelston intercepted the ambulance before it took left for the hospital.

‘Tell the doctor to pull the jersey over his head,’ he demanded. ‘Whatever you do, don’t let him f****** cut it. We need that strip for next week.’

Players’ socks were used so often that it was more unusual to find a pair that didn’t have holes in the toe than those that did. Even footballs were adjudged to be avoidable expenses. According to league rules, clubs were required to provide a new ball for every match. Rather than do that, Hiddelston concocted a sly plan.

‘The idea was pretty simple,’ explains former full-back Tony Connell. ‘As soon as possible after the match kicked-off, we were under orders to get the ball to one of our big centre-halves and it was their job to hoof the ball out of the ground. At that point, someone from the backroom team would retrieve it, keep it for the following week, and throw on a replacement, an old, battered piece of leather that had been painted white to make it look new. It sounds improbable but, trust me, it happened. I should know 0 I did the painting! It was ridiculous.’

The ruse was only rumbled one particularly wet evening when a player leapt for a header and was rewarded with a thick white streak of paint smeared across his forehead.

‘I remember Hiddelston came in to see us after the game that night,’ says forward Mike Jackson. ‘I said, “Excuse me, Mr. Hiddelston, but see apart from the soap, is there any chance you could get us some turpentine, too?” He didn’t see the funny side.’

And yet, for all the preposterous parsimony, nobody out with Hiddelston’s inner sanctum knew the perilous position the club found itself in. Not until it was too late. 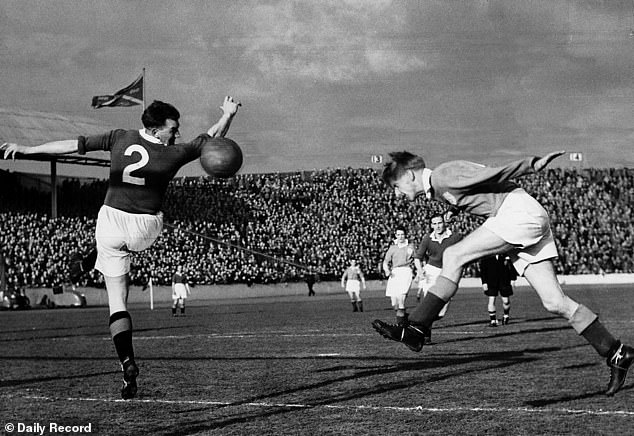 The findings from a Board of Trade investigation, published in November 1968, laid bare the extent of Thirds’ troubles – and it pinned the blame on Hiddelston. In its damning summary, the report concluded that the club had, for several years, been run by him as ‘an inefficient and unscrupulous one-man business’.

At almost every turn, it appeared as though Third Lanark’s finances had been misappropriated. In October 1965, for example, records showed that a supply of red whin chips were paid for using club money and delivered to Cathkin. Except they weren’t. Instead, they were delivered to 108 Fernleigh Road – Hiddelston’s home address.

To the dismay of former players and supporters alike, Hiddelston escaped punishment. After Third Lanark folded in the summer of 1967, and with the Board of Trade inquiry still ongoing, he quickly and quietly moved his family to St Annes, an affluent seaside destination on Lancashire’s Fylde coast. He purchased the Braxfield Hotel close to the town’s seafront, which he planned to convert either into upmarket residential villas or a refurbished, upmarket hotel. He never got the chance. On November 12, 1967, it was announced he had died from a heart attack.

In the intervening years, various attempts have been made to resurrect Third Lanark in one form or another. Currently, a side bearing the club’s name and crest plays in the Central Scottish Amateur Football League, roughly the ninth or tenth tier of the current Scottish football pyramid. For many supporters, restoring Thirds to the senior ranks exists somewhere between the realms of ambition and pipe dream.

However, Cathkin Park endures. Mike Jackson, who still lives in Glasgow’s southside, has become a regular visitor to the derelict ground.

‘I probably go up once a month,’ he says. ‘It’s nice to stand there and be on my own with my thoughts and my memories.

‘I can see myself pulling on the top, tying my bootlaces and running out onto the pitch. There are tens of thousands of people there watching and I’m pinching myself that I used to be standing amongst them.

‘I sometimes close my eyes and strain to try and hear the crowd. If I listen really closely, I can just about make them out. ‘Hi-Hi’, they’re shouting. ‘Hi-Hi… Hi-Hi… Hi-Hi.’