With Premier League players up and down the country returning to training this week, some of the attention has shifted from their skills on the pitch to their shocking lockdown hairstyles – something much of the country can relate to right now.

As barber shops across the world have been forced to close their doors due to social distancing guidelines, some players have taken matters into their own hands, while others have chosen to let their hair grow out.

Although many of us are fortunate enough to bypass all the embarrassing comments during the awkward patchy phase and get to grips with our new style before venturing outside, the same can’t be said for these star faces.

The lockdown period has given players such as Ashley Young, N’Golo Kante and Sadio Mane a chance to experiment with growing out their locks for once.

The hair growth trend started with Young, who was pictured during a training session at Inter Milan on Monday. Football fans across the world couldn’t help but talk as the defender ditched the bald look for the first time in years. 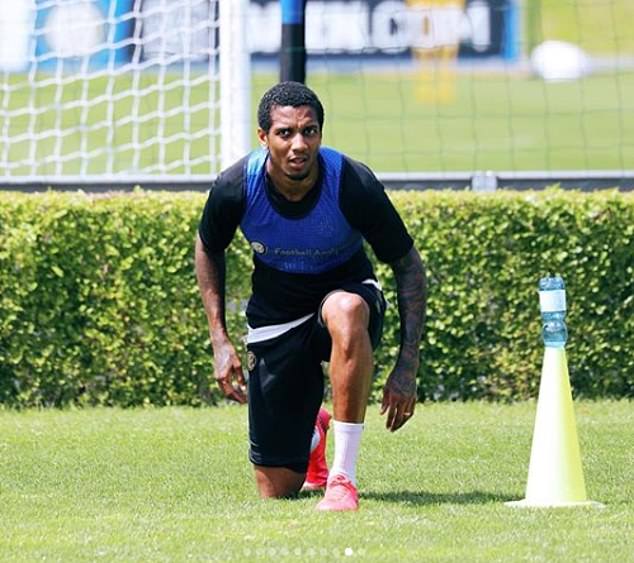 Next to shock was Kante, another player we assumed was always bald before seeing him arrive at Chelsea’s training ground in Cobham with a new head of hair.

The 29-year-old midfielder has only ever been seen with a shaved head since his arrival in the UK back in 2015.

The Frenchman’s new look did the rounds on social media as fans couldn’t quite believe their eyes. 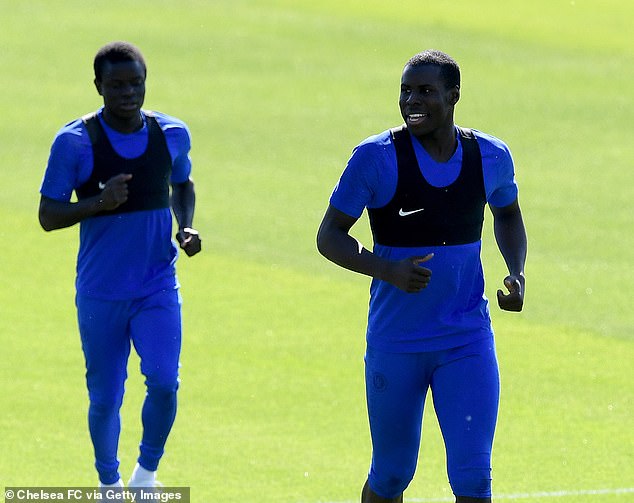 Having previously been accused by some of having the worst hair in the Premier League after sporting a bleached blond look, Adama Traore is back in the headlines for a slightly different style.

The Wolves powerhouse has added some volume to his hair as he released his braids and opted for an afro.

Prior to football’s suspension, Traore enjoyed a breakthrough season which had seen the speedster score six goals and provide 10 assists. 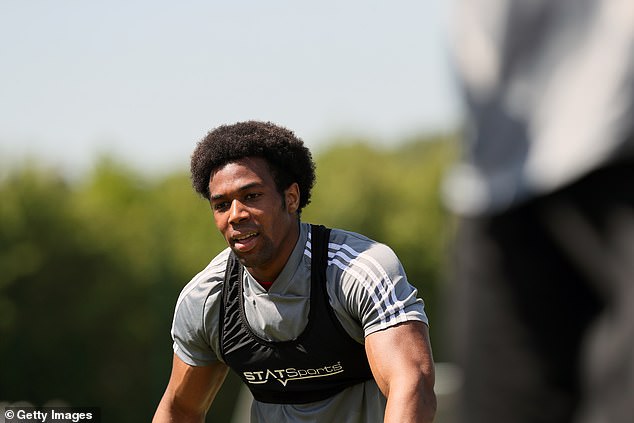 James Maddison has always sported a sharp haircut and a well-groomed beard but was most recently pictured at training featuring a more rugged look.

The young playmaker usually sticks to a short back and sides with a zero blade cut but since barbers have been curtailed due to the Government’s stay at home restrictions, Maddison has let his usual style slip.

Appearing on the BBC’s Football Focus, Maddison was asked by presented Dan Walker if he had attempted to cut his own hair, to which he said: ‘As you can see Dan, absolutely not!’ 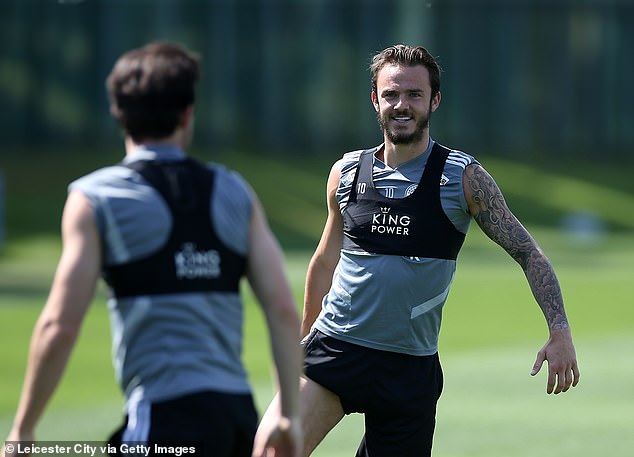 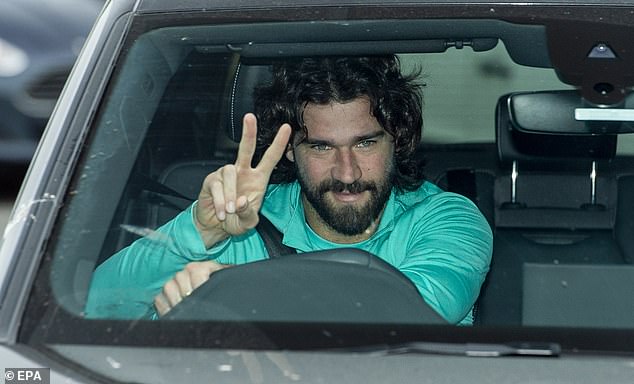 Alisson Becker has had various hairstyles in the past but claims his hair is now ‘at the longest state its ever been.’

The Liverpool goalkeeper clearly embraces his new look, as was seen when he drove to training earlier this week performing a peace sign for photographers.

However, none of those hairstyles made as much of a mark as those others arriving at Melwood this week.

Mane and Roberto Firmino’s hairstyles attracted a vast amount of attention from fans on social media.

The dynamic Liverpool duo were seen to be all smiles at Melwood as they showcased their new hairstyles.

Mane, who usually sports tightly shaved sides, has let his hair grow out, while his Brazilian team-mate is donning a curly fringe.

Fans were quick to swarm social media with memes about the pair. With many reflecting on Mane’s style by saying they hadn’t seen such a deep-lying line since Chelsea came to Anfield under Jose Mourinho in April 2014.

Others couldn’t help but compare the Firmino with a young Ross Geller from TV show Friends. 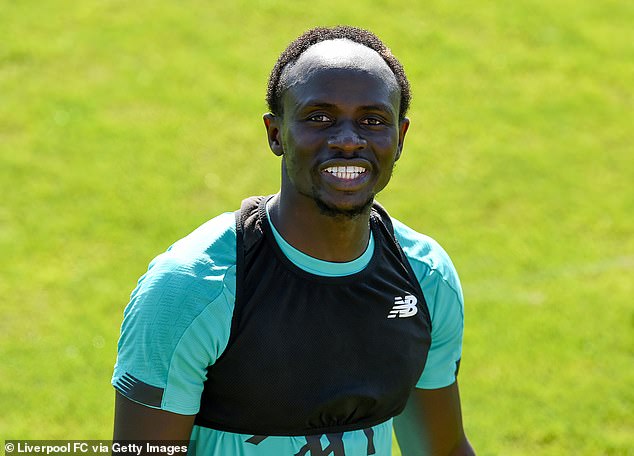 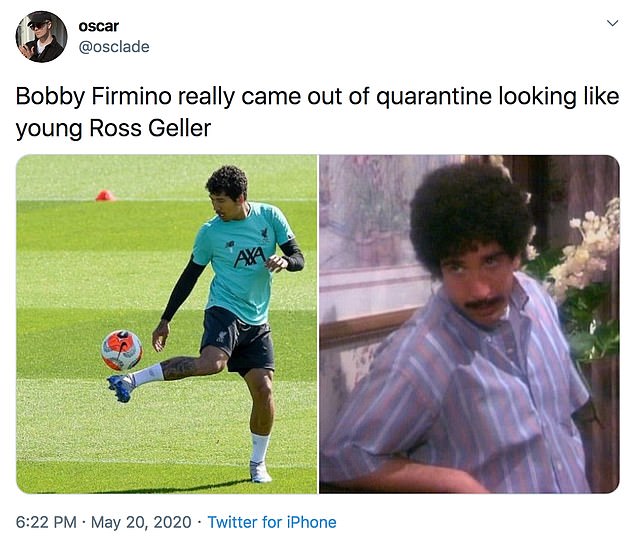 At the other end of the spectrum, some have decided to shave all their hair off, instead of opting for a short back and sides.

Manchester United left-back Luke Shaw is one of many footballers to take part in the buzzcut trend. Appearing for the first time since lockdown, Shaw was pictured on Twitch with his new shaven look, before being photographed at the Red Devils training ground earlier this week. 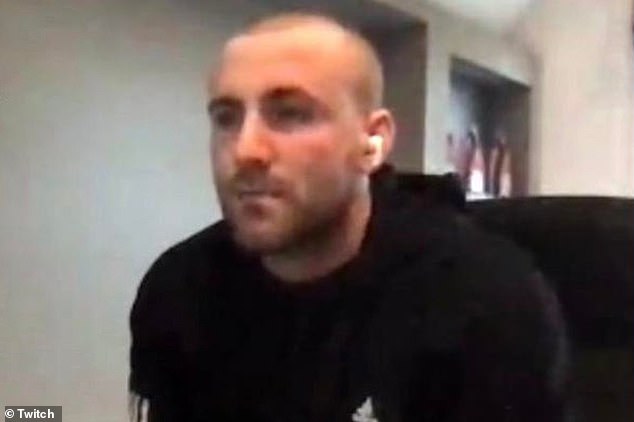 Anthony Martial followed suit, choosing the clean-cut look ahead of his return to training.

Since arriving in England in 2015, we’ve been used to seeing the Frenchman with the same hairstyle but fans seem to be loving it.

Martial was on track for his highest-scoring season at Manchester United until the coronavirus pandemic forced the suspension of football.

But, perhaps, bald Martial can add to his 16 goals in 34 appearances when football returns. 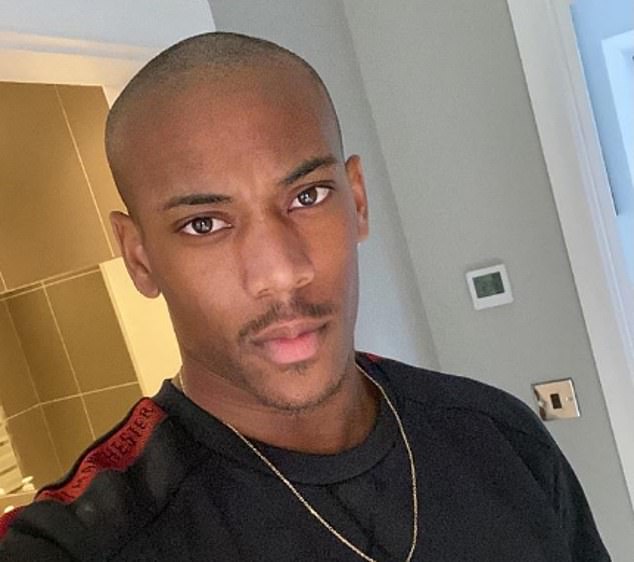 Anthony Martial followed suit, choosing the clean-cut look ahead of his return to training

Hector Bellerin also opted in for the No 1 all over as he arrived at Arsenal’s training ground.

Bellerin is known for often letting his hair grow long, but the right back elected for a dramatic new look, having previously told people to ‘stay home, enjoy the sun’.

Bellerin isn’t the only high-profile player to shave his head this week. 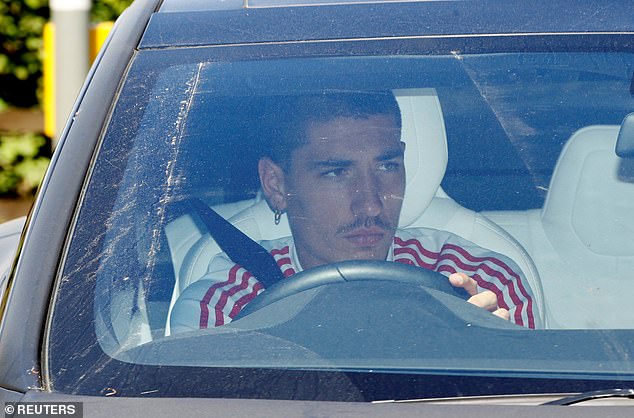 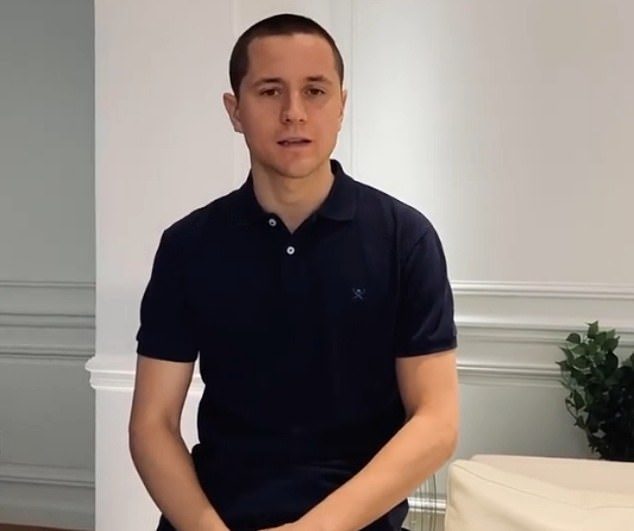