As winter was morphing into spring in 2017, Luke Bornn was not surprised by Liverpool’s escalation of interest in Mohamed Salah.

He was, however, perplexed as to why no other elite team was attentively circling the Egypt international.

Operating as AS Roma’s head of analytics at the time, he noted that Salah’s efficiency in creating and scoring goals was supreme, but it was only a snapshot of his potential.

Bornn was convinced that the player still had a few levels to hit before getting close to his ceiling and believed his explosiveness would be unleashed through the rapid transitions demanded by Jurgen Klopp.

He also knew Liverpool’s homework on Salah was exhaustive.

They were painfully close to signing the attacker from Basel in January 2014 before a phone call from Jose Mourinho persuaded him to join Chelsea instead, but moreover, the Reds could rely on a respected analytics arm.

While Salah’s reputation in England was summarised as “flop at Stamford Bridge,” his career numbers indicated he was misused in a league where his pace, strength, movement and decisive actions in the find third could be potent weaponry.

Ian Graham, Liverpool’s director of research who holds a doctorate in theoretical physics, took a deep dive into the speedster’s data from Basel, Fiorentina and Roma to conclude that he would thrive in attack alongside Sadio Mane and Roberto Firmino.

The club had initially wanted Julian Brandt, but he was set on continuing his development in Germany. Graham, Liverpool’s scouting team and Michael Edwards, the sporting director, convinced Klopp that Salah was the wide forward to go all in for.

Fenway Sports Group president, Mike Gordon, sanctioned a total package of £43.9 million for him – a fee analysts on both sides of the deal were confident would be considered cheap against his contributions.

Salah has 91 goals for the club in 144 appearances and has been a core figure to Liverpool’s restoration as a continental and domestic superpower.

Bornn would knowingly smile the summer after too. The Merseysiders returned to Roma with £65m for Alisson, the second-most expensive goalkeeper in the world, who has become the best in his position.

Again, the cost was seen as less than the impact the Brazil international could make in performances and the psychology of the squad. 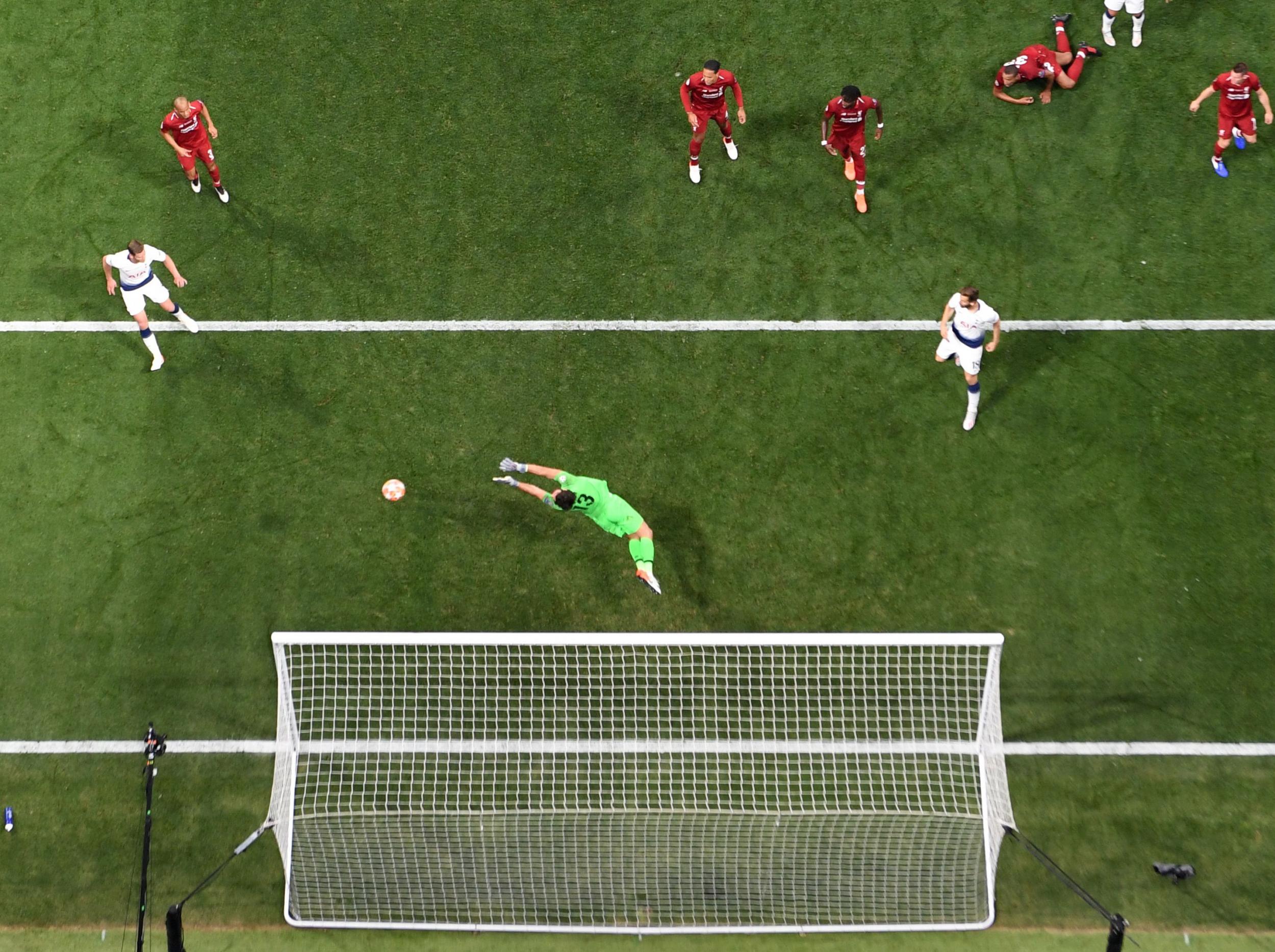 Such calculations are not a result of fortune. Liverpool’s actions in the transfer market are deliberate, a product of leading analytical insight that is trusted and has been empowered.

“In terms of using analytics in the transfer market, they are some distance ahead of their competitors,” David Sumpter, a Professor of Applied Maths and author of Soccermatics, tells The Independent.

He believes Liverpool’s success rate with recruitment during Klopp’s reconstruction of the club, from mining ignored gems like Andy Robertson and being single-minded in the pursuit of Virgil van Dijk, is a result of collaboration and giving authority to analytics.

“What you need and what they have is a team with a full understanding the club, working towards the same goal through use of a variety of data and knowledge to make informed decisions,” Sumpter says. 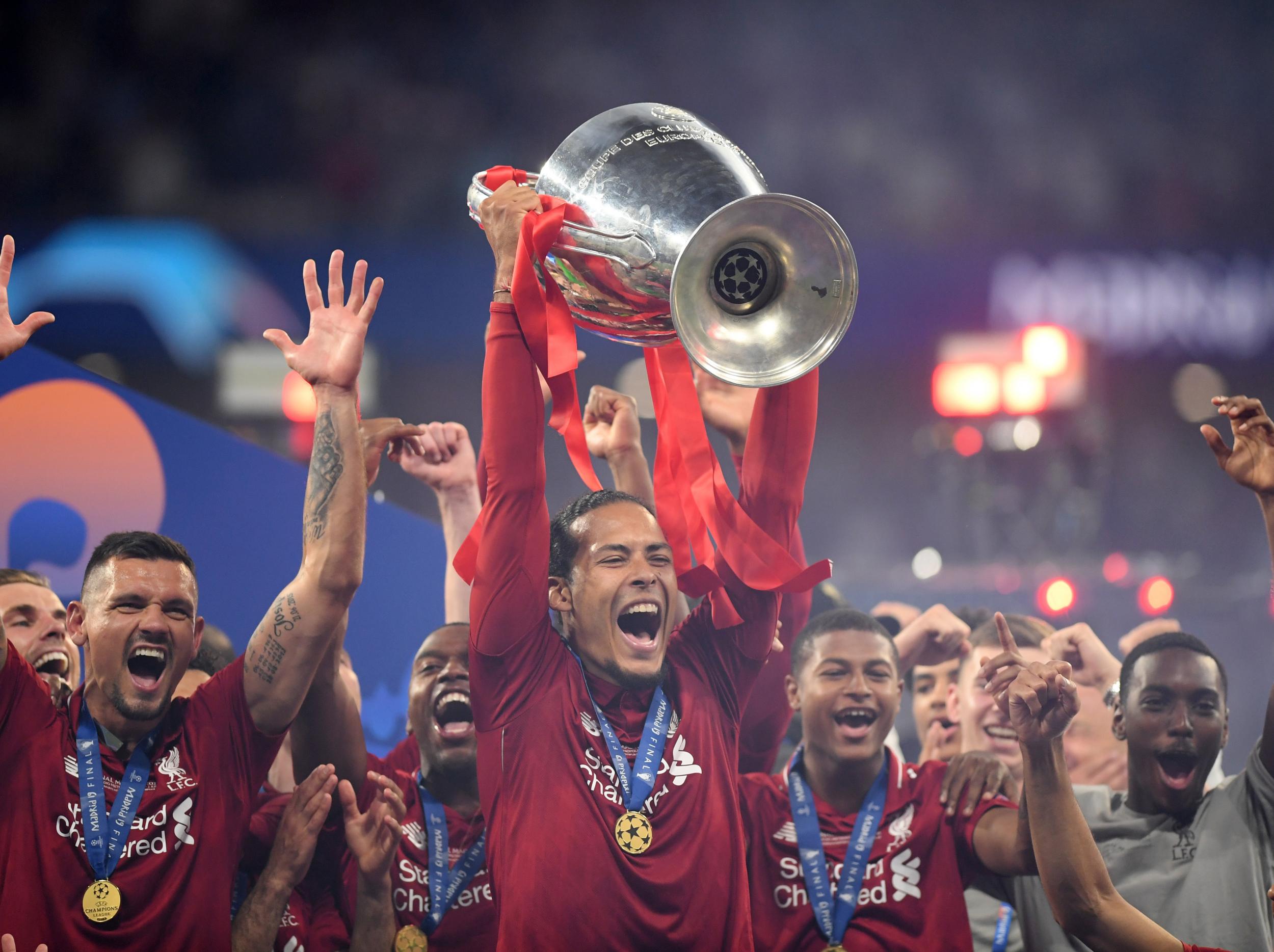 “Liverpool are well run,  properly structured and have a clear identity. Without this, it wouldn’t matter how brilliant Ian Graham’s work is.

“Not only do they have the right platform for their data scientists to work,  but they’ve empowered them and have great synergy in decision-making.

“There is no sole genius at Liverpool. It is not Graham or Klopp or Edwards – it is collection of all these superb minds coming together to meet objectives and generate success.”

Ignacio Palacios-Huerta, a professor at the London School of Economics who doubles up as a director of the football club Athletic Bilbao, has labelled Liverpool “clear leaders” in this regard. 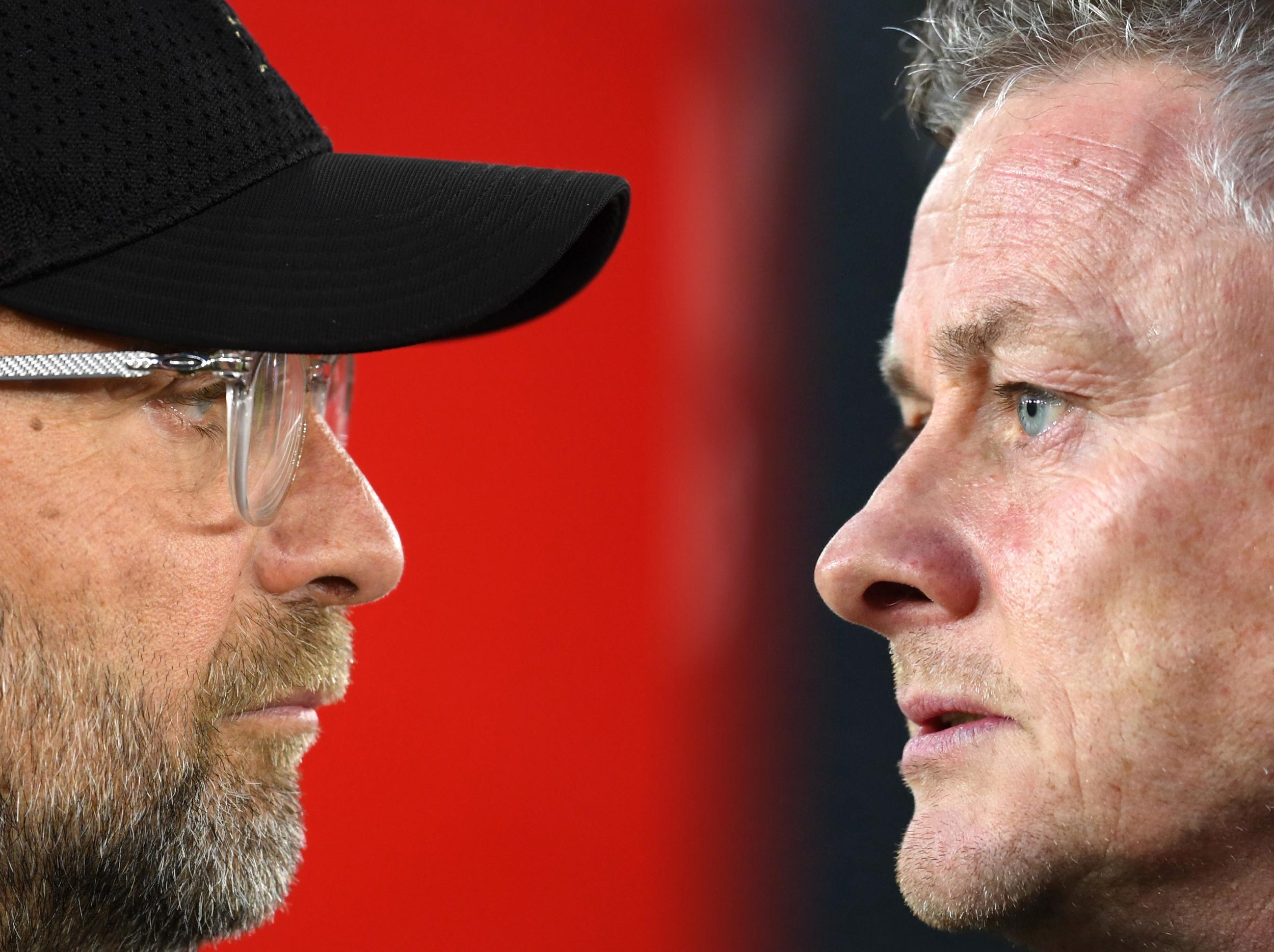 Fierce rivals Manchester United, better late than never, have designs on developing an analytics department to inform their recruitment decisions and long-term identity on the pitch.

Sumpter has welcomed the club’s belated move to embrace the use of data, given they lag not just behind Liverpool and Manchester City, but the likes of Brighton and Brentford too.

“Brentford have accepted and used analytics better than most big teams,” Sumpter says.

“Their transfer business – like buying Neal Maupay for £1.6m and selling to Brighton for £19.8m – has been consistently excellent. They haven’t been promoted yet, but their metrics are solid and they are punching well above their weight.”

Brentford have one of the lowest commercial revenues in the Championship and are fourth from bottom in terms of wage budget yet are fourth in the standings.

When Brighton decided to sack Chris Hughton last season despite achieving promotion, there was an outcry. In the analytics world, however, it was painted as a measured move.

“Statistically, they should have gone down,” Sumpter says. Their expected goals and every other underlying stat was poor. It wasn’t sustainable for another season and the club were in need of a fresh approach.

“Working with Hammarby in Sweden, I was interested in their appointment of Graham Potter, who did remarkable things at Östersund. He took them from the fourth tier to the top-flight and given his degree in social science, was open to analytics. He was impressive at Swansea and I’m keen to see how things take shape longer term at Brighton.” 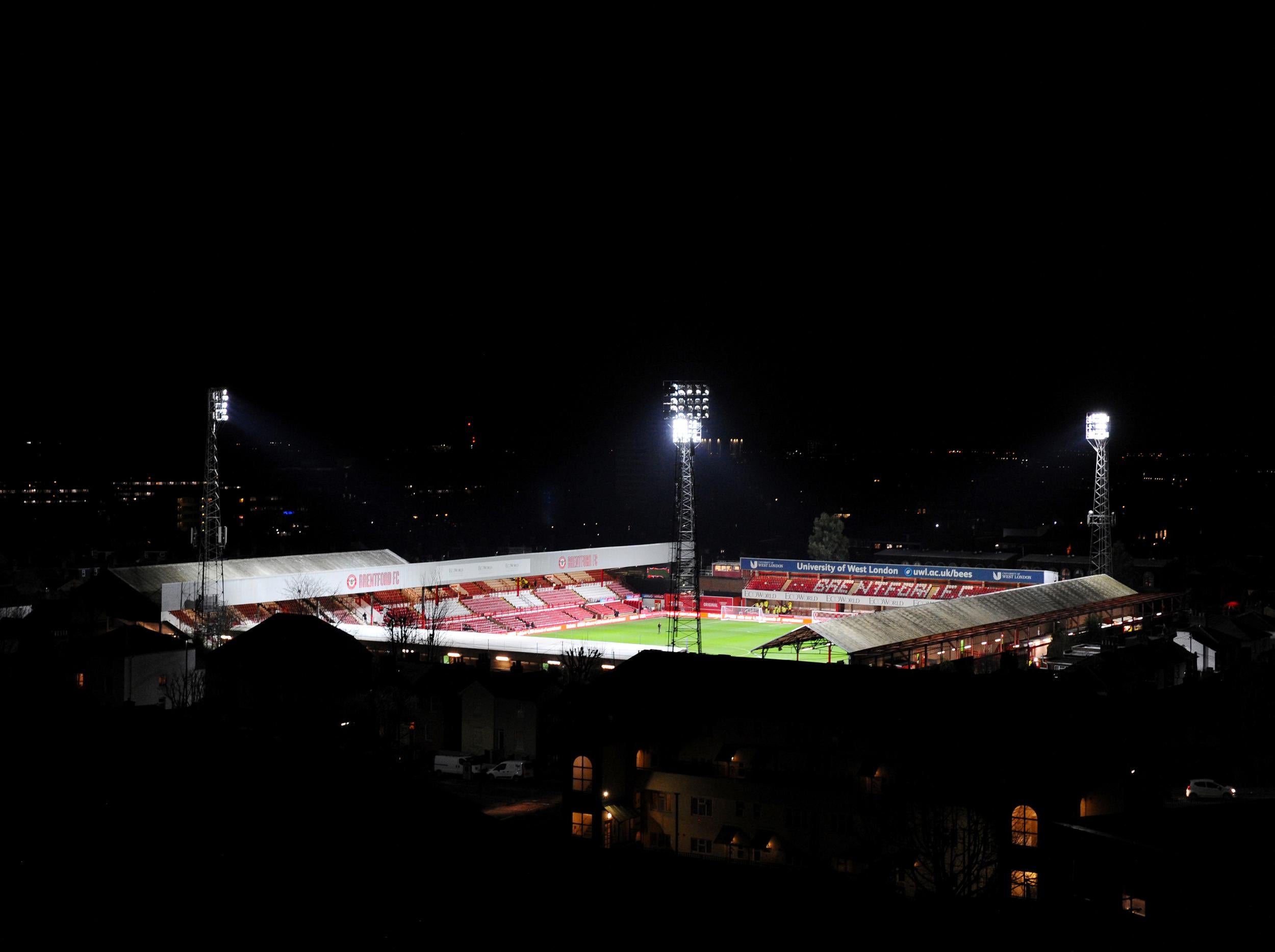 While Sumpter is enthused by United’s decision to invest in analytics, he has two major concerns. “It was reported that they want to hire a team of eight experts,” he begins, bluntly adding: “the idea they can hire that many minds in an analytics department is somewhat ridiculous.

“There are very few candidates in the world qualified to make a difference in football data, who have the experience and understanding to really be sure in decision making. It’s hard enough to find one to drive a project, let alone eight.

“There’s Ian Graham, Javier Fernandez and the team from Barcelona, Sarah Rudd from Arsenal,  the FA have a great guy… Even trying to do a long list is hard, so imagine trying to hire so many experts.”

Sumpter, who is part of the Friends of Tracking network on Youtube that educates and inspires those interested in football analytics, also hopes United are not just buying into analytics for aesthetic purposes as so many others have. 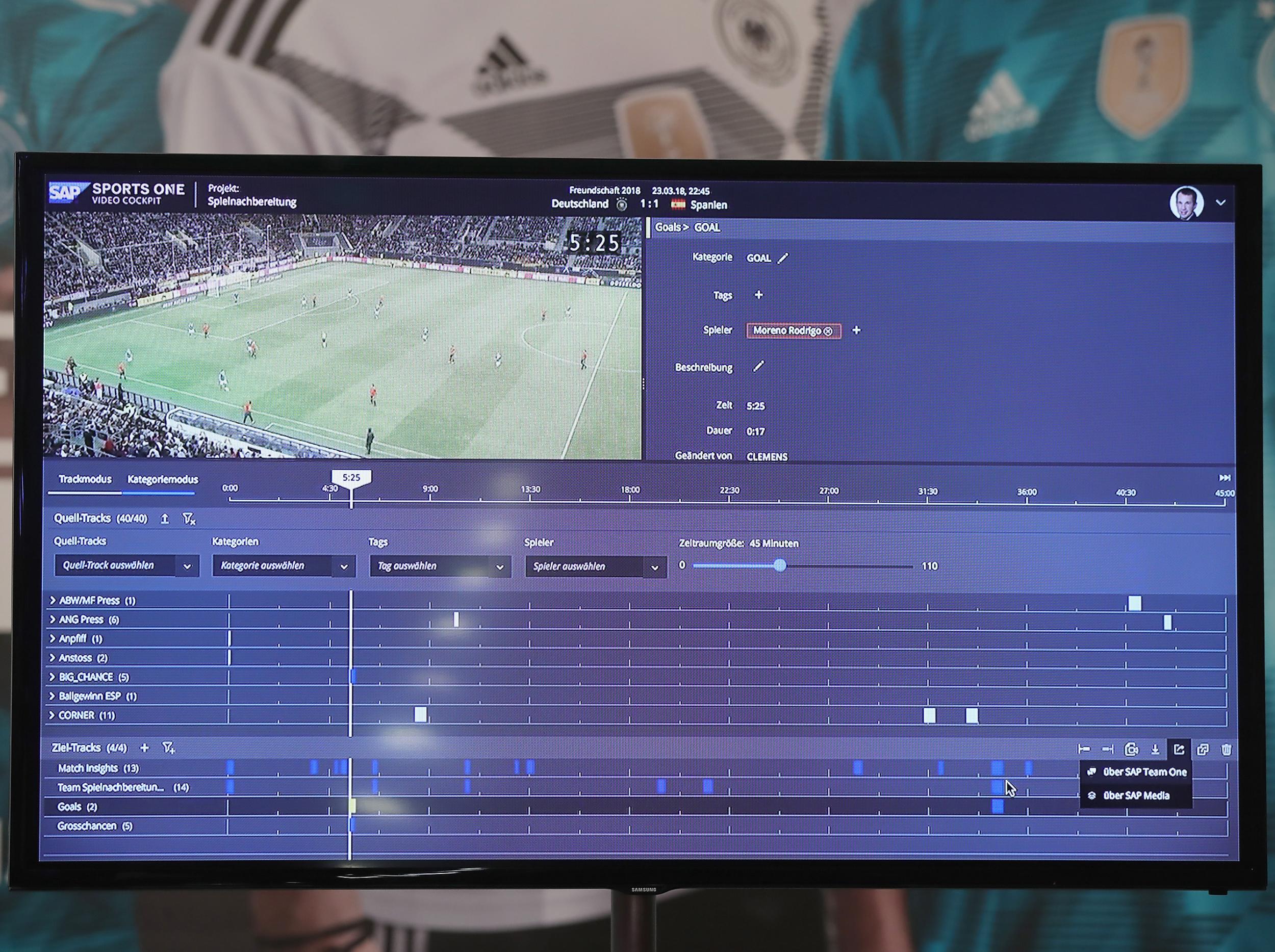 “There are clubs who have hired analytics staff to show they are in tune with modern developments, but they haven’t empowered them,” Sumpter says.

“A lot of teams have people in who crunch the numbers, but they aren’t actually maximising the talents of those people or willing to do so.

“There’s still some distrust and also problems around the kind of people who have an influence, like agents exerting too much control at clubs.”

While Liverpool are the example United should look to regarding analytics in recruitment, Barcelona are the template for developing research.

The European champions have also focused on the game itself with metrics like goal probability added and pitch control, which lead data analyst William Spearman –  PhD in Physics from Harvard – has provided a masterclass on, but La Liga’s giants are in a league of their own.

To little fuss, Barca launched the Innovation Hub in 2017. It shares their knowledge on analytics, health, nutrition, high athletic performance and all other topics related to sports and its impact on society.

In terms of their data research, Javier Hernandez summarises it as “trying to get closer to understanding the game better.” 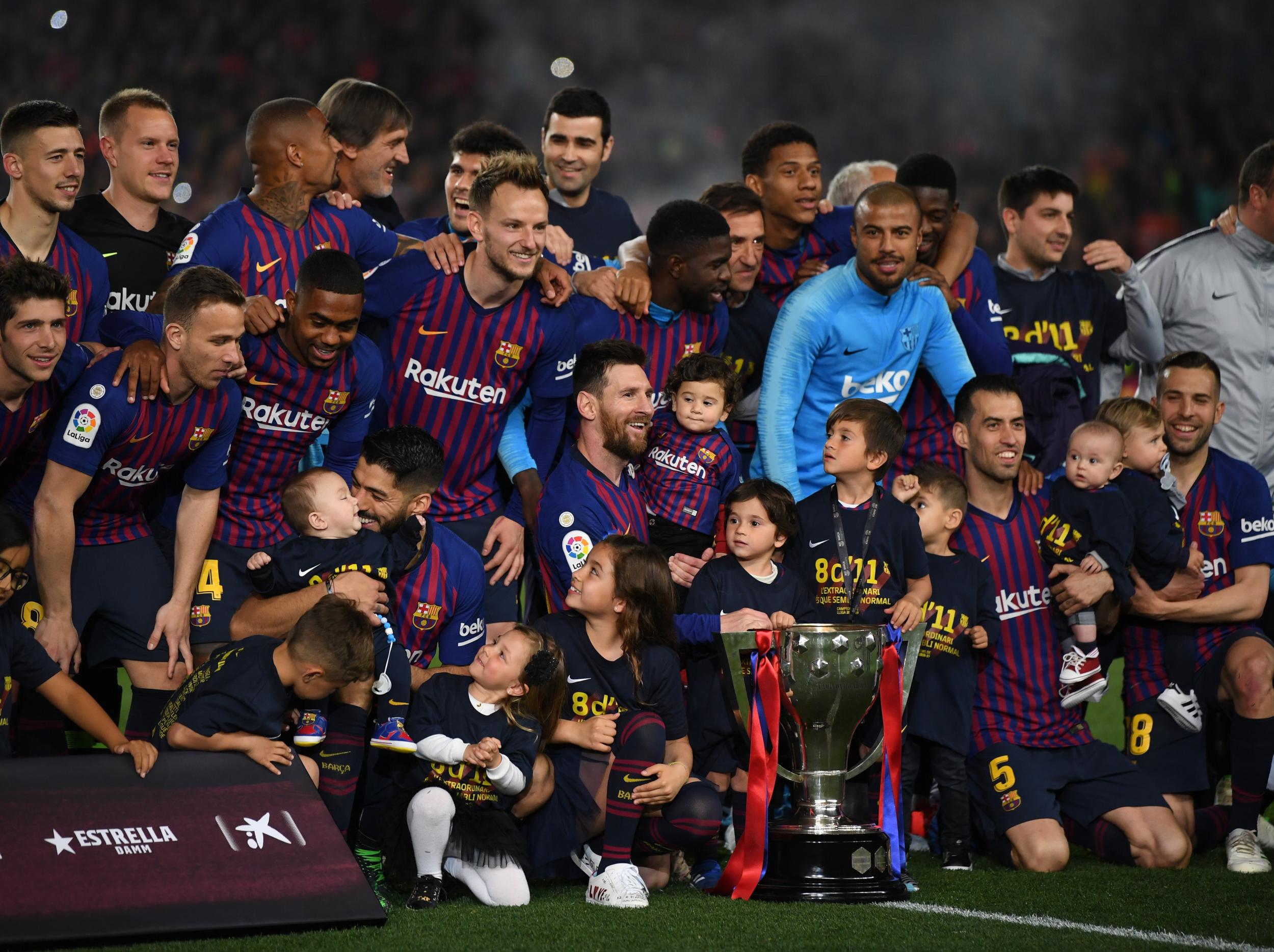 As the club’s head of sport analytics, he is interested in concepts like how the team behaves in each situation, general patterns of their play, understanding space, if they’re spending too much time in zones that have no impact on their game…

Event data – every pass, every defensive action, every shot, everything that happens on the ball –  is of no use to Barca because it is decontextualised.

They use the positional data of the 22 players instead. This allows them to gain insights like Lionel Messi creates more space by standing still, walking or jogging than any of his teammates do by running.

Hernandez and his team of six often reference a famous Johan Cruyff observation. “When you play a match, it is statistically proven that players actually have the ball three minutes on average,” said the Barca and Dutch legend.

“So, the most important thing is: what do you do during those 87 minutes when you do not have the ball?”

It is off-the-ball actions and off-the-ball performance in context that the club seek to understand and bend to their will.

“Barca are the benchmark in analytics research,” Sumpter says. “And they share their findings through the Innovation Hub so anyone interested can get a better grasp of how analytics is involving in football. They want the sport to be better off with this knowledge.”

United can use that resource as they map their analytics pathway in an effort to catch up with clubs they detest being in the shadow of.

Related posts:
Previous Post: David Moyes opens up on failing to sign Toni Kroos at Man United
Next Post: David Luiz admits he has questioned why he made Arsenal transfer from Chelsea