Good morning and welcome back to the latest instalment of Taylor’s Tuesday Transfers! After a short break, my YouTube channel is also back up and running with a quick transfer Q&A but first of all, here is the latest from the market ahead of the return of the Premier League.

Ligue 1 side Stade Reims are set to complete the loan signing of Arsenal striker Folarin Balogun after a breakthrough in negotiations over the weekend.

The forward has travelled to France to undergo a medical and the move should be made official in the coming days.

Balogun spent the second half of last season on loan at Middlesbrough and Arsenal have since decided that another loan move would be most beneficial for his development.

The Gunners have no plans to include an option to buy as they still believe Balogun has what it takes to become a top player at the Emirates Stadium. 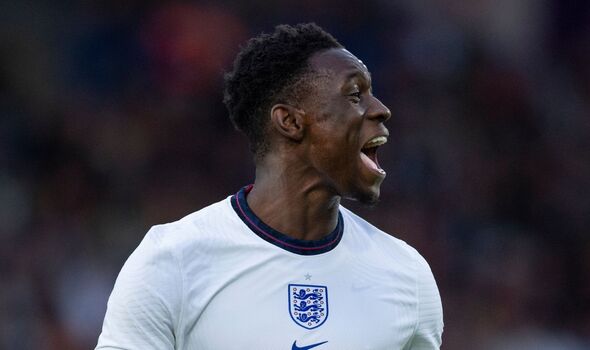 Arthur Masuaku is in Istanbul to undergo a medical ahead of a season-long loan switch to Besiktas.

The Turkish giants will cover part of the player’s salary with West Ham and will also have an option to buy the full-back at the end of the campaign next summer.

West Ham are continuing to work on the arrival of a left-sided player with Filip Kostic still of strong interest.

The Irons are yet to strike a deal with Eintracht Frankfurt though, who want £16m in order to agree to a sale.

RB Leipzig Angelino and Leicester’s Luke Thomas are two names that could fall under consideration if Kostic continues to elude West Ham.

Manchester City are set to loan young duo Liam Delap and James McAtee with Championship clubs leading the race for the highly-rated pair.

City do not want to consider permanent sales and are unlikely to include an option to buy in any potential agreements.

Stoke are on course to complete the loan capture of striker Delap, who was the subject of an official £16m bid from Southampton – but as stated, City do not want to sell, as they feel he is an important player for the future.

Sheffield United are believed to be the favourites for McAtee, who was the subject of a rejected £8m bid from Brighton last summer.

Leeds, Bournemouth and Nottingham Forest have also been linked with swoops for the 19-year-old midfielder as City look to secure the right move for his development. 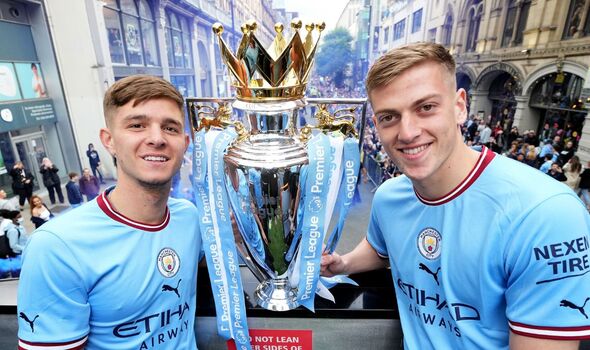 Ait Nouri of interest to City and Chelsea

Wolves wing-back Rayan Ait Nouri remains a player of interest to both Manchester City and Chelsea as the two Premier League giants continue to battle it out for Marc Cucurella.

City are yet to show any desire to match Brighton’s £50m valuation of the Spaniard, who has now handed in a formal transfer request at the Amex Stadium.

Now Chelsea have begun to advance in talks with Brighton for Cucurella and they look to close a deal for the former Barcelona and Getafe man.

Ait Nouri, who has been one of Wolves’ standout performers in pre-season, is one of the alternative targets on the radars of both clubs, although Molineux chiefs have no interest in a sale.

Chelsea are now believed to be in the box seat for Cucurella, although another late City push for the player cannot be ruled out.

Brighton are now the frontrunners to sign Chelsea centre-back Levi Colwill, who has become part of club-to-club discussions between Chelsea and Brighton over a potential deal for Cucurella.

As per my Express Sport colleague Charlie Gordon, any deal for Colwill is expected to be a separate transfer altogether, however, should Brighton decide to pursue a move for the central defender.

Colwill has a long list of admirers but Brighton are the first club to firm up their interest as the young central defender prepares to embark on a new challenge.

The former Huddersfield loanee is planning to depart Stamford Bridge as the Blues continue to pursue another centre-back signing to go with Kalidou Koulibaly. 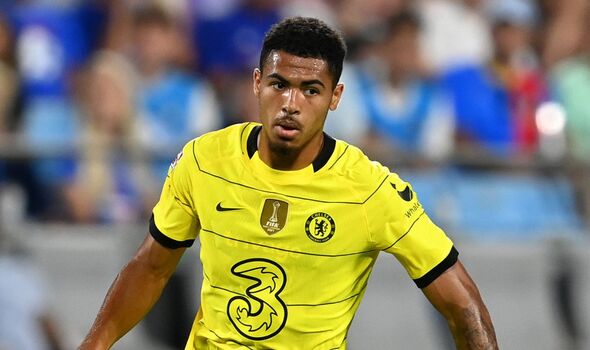 Liverpool are ready to sell Nat Phillips after reducing their asking price for the central defender.

Bournemouth had initially shown strong interest in re-signing their former loanee at the beginning of the window but a deal is yet to materialise.

The Cherries are among those still keen on a deal but Liverpool would favour a sale over another loan after handing Phillips a new deal to protect his value.

Having initially demanded £15m for the defender, Liverpool are now willing to sell Phillips for just £10m as they invite bidders to the table.

Sarr and Dennis could stay put

Although it still seems unlikely, Ismaila Sarr and Emmanuel Dennis could yet stay at Watford after starting the club’s Championship opener against Sheffield United last night.

The pair remain of interest to a number of Premier League sides but none are yet to show a willingness to match the Hornets’ current valuations of the attacking duo.

Sarr, who assisted Joao Pedro’s winner against the Blades, is valued at around £25m while Dennis can leave Vicarage Road for £20m but so far, there has been no takers – increasingly the likelihood of them potentially staying put.

West Ham, Fulham, Bournemouth and Nottingham Forest are among those to have shown interest in Dennis but Watford may have to reduce their asking price in order to encourage bids.

Watford initially decided internally at the end of last season that they would be willing to offload the pair but so far, they are yet to receive any offers to date.