Exiled midfielder Tanguy Ndombele ‘tells Tottenham he is open to LEAVING’ before the end of the window… but Spurs face tricky task of offloading to a club who can afford his £200,000-a-week wages

Tottenham midfielder Tanguy Ndombele could be on his way out of the club before the end of the transfer window after reportedly telling the north London side that he wants to leave.

The 24-year-old has endured a tough time in north London since his club-record £55million move from Lyon in 2019.

According to The Athletic, Ndombele has now taken matters into his own hands and has told the club he is ‘open to leaving’ but Spurs may struggle to find a buyer before the transfer window closes. 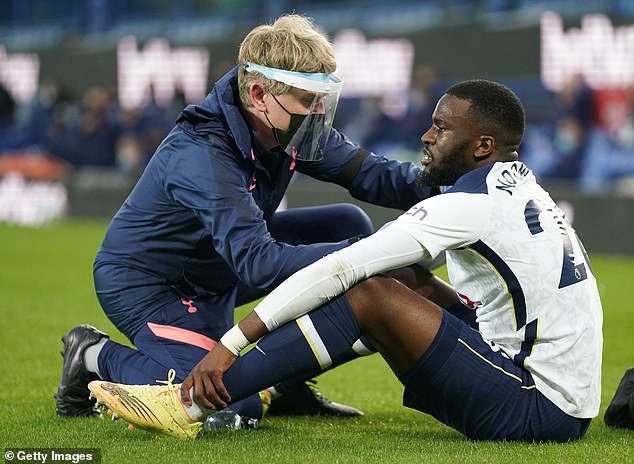 The Frenchman didn’t feature in any of Spurs’ pre-season matches and despite being fit and available, he was left out of the squad against Manchester City last week.

‘I will be honest with you, Tanguy is not going to be involved on Sunday.’ 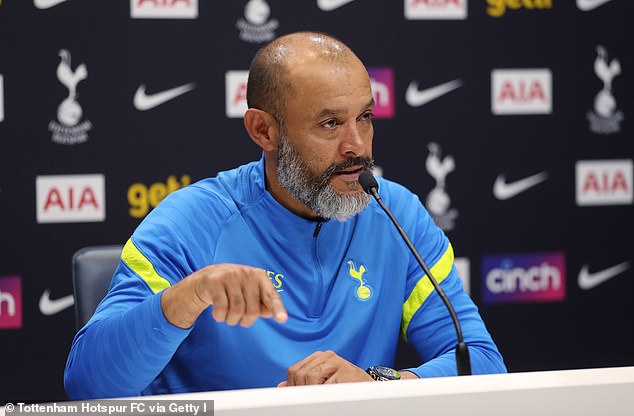 Ndombele’s last appearance came towards the backend of last season when Spurs were defeated 2-1 at home by Aston Villa on May 19.

He is the only fit senior player at the club to have not featured for Espirito Santo despite being there for the whole summer after missing out on France’s Euro 2020 squad.

Spurs opened their season last week with an impressive 1-0 over Manchester City at the Tottenham Hotspur Stadium.

They travel to Wolves on Sunday and could be without talisman Harry Kane again as speculations over his future continue.